Day in the Life of a DSL Intern: Experimenting, Tutorials & Tigers 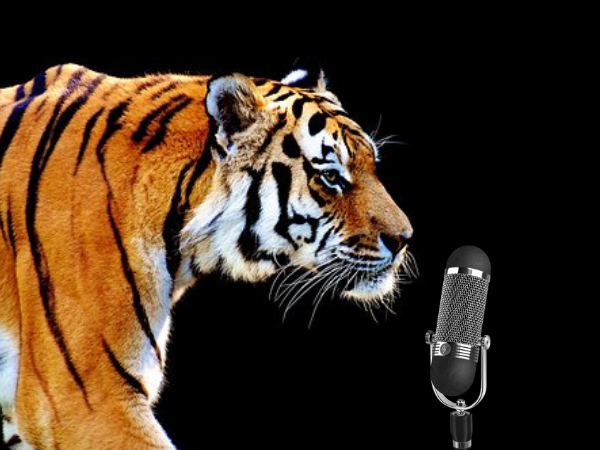 As I’ve mentioned probably a million times in this series, the DSL is a new initiative at Brock, so it can be hard to figure out our “brand” and decide what does and doesn’t work for us. Because of this, a lot of the projects I’ve been working on as a DSL intern have been experimental. This week, I thought I’d talk about all of the experimentation I’ve done in the last few weeks as well as the process of sharing my ideas with other members of the Brock community.

I’ve done a lot of work with data visualization since I started working in the DSL – they don’t call me Mizz Vizz for nothing! Experimentation is a big part of data visualization – there are lots of ways to visualize data (line graphs, pie charts, some programs even let you plot your data on a map!) and it’s fun to play around and see all of the options that work for your data and tell your data story. There are also lots of visualization programs out there, each one with different methods of creating data visuals. When I hit a wall with one program, I’ll experiment with others – it’s been a lifesaver on several different occasions!

Another thing we’ve been experimenting with in the DSL is video tutorials. Our winter workshop series has been a huge success, and it’s been really cool to see everyone coming out to learn and support us! One thing we’ve learned through our workshops is that there are lots of ways to learn and consume information other than in-person instruction sessions. We’ve already created some online step-by-step tutorials that members of the Brock community can follow, and we’ve been experimenting recently with the idea of video tutorials as well. I’ve been playing around with some screen recording programs to create some prototype videos for one of the programs we offer support for in the DSL. It’s been fun to come up with ideas for videos and pass them around to the other DSL staff for feedback and suggestions. We’re still not completely sure if we’ll expand the video tutorials to other programs, but it’s been a cool part of planning ahead for the future!

Speaking of the future and planning ahead, we did a lot of fantasizing on the podcast this week and managed to have in depth conversations about a future world in which there are #NoPockets, and then somehow relate that to my fear of tigers. Irrational fears were briefly mentioned as well, but I think my aversion to tigers is perfectly rational! If anything, I think avoiding jungle cats with large claws and sharp teeth is a perfect example of planning ahead and keeping the future in mind – though I’m hoping I won’t have to encounter any tigers in the DSL.

My blog series is posted bi-weekly, so be sure to check back on April 19th for the final installment of my internship journey!