Day in the Life of a DSL Intern: Whoaaaa, we’re halfway there… 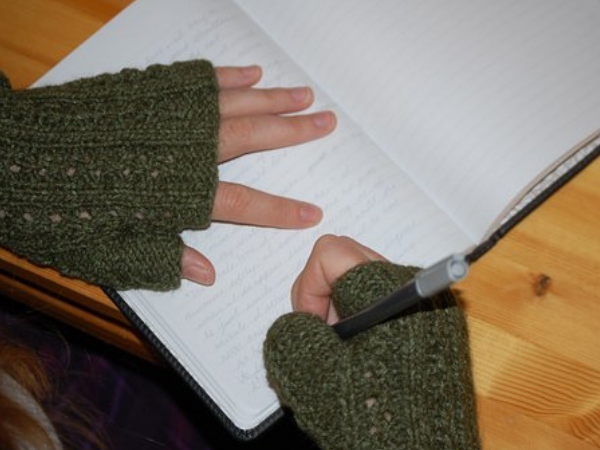 Can you believe this series is halfway done? I know they say time flies when you’re having fun, but I didn’t realize it would go this fast! I sometimes find myself wondering how I’ll adjust from work mode here at Brock to school mode when I go back to Western; but the more I think about it, the more I realize that the two environments are actually quite similar.

As a former English major, my undergraduate career consisted mostly of writing essays. I’ve always liked writing, and I like to think of myself as a pretty good writer (I suppose you, dear reader, can be the judge of that). I realized when I started grad school that this trait would come in handy, as most of my assignments have consisted of lengthy reports and essays. What I didn’t realize, however, was that I would still be doing so much writing in the workplace. This blog series has been a great way for me to write creatively, but I’ve had loads of other writing projects as well!

First, we have to talk about workshops. I’ve mentioned in previous entries that I’ll be hosting my own workshops on OpenRefine and PowerBI, as well as one on Zotero later in March. Fortunately for me, the Zotero workshop I’ll be running is one that’s been run before, meaning I’ll have notes from past presenters to guide me through the process. For the other two workshops, I’ve had to start from scratch and write my own tutorials and notes. Usually when I give a presentation, I write little notes to myself so I remember what to say, but I’ve never written a presentation with the intention of having others follow along. I found the hardest part was making sure my notes make sense objectively, rather than just to me. I also consider myself a pretty detail-oriented person, so I found it challenging to decide which details were necessary to include in a tutorial and which ones I could leave out. My first workshop is a week away, so we’ll see how my tutorials work in practice!

I’ve also been given the job of planning the next episode of the DSL’s weekly podcast. This has definitely been the most challenging writing project I’ve had so far. I’ve really enjoyed participating in the podcast, but being in charge of the conversation is definitely uncharted territory. I think part of the reason podcast planning has been more challenging is because there’s no way to plan a conversation, you can only write points and let the conversation flow as it does. Currently, my biggest challenge is deciding on a fun question to ask the group to get the conversation going. I’ve learned that being thought provoking and light hearted at the same time is harder than I thought it would be, but I’m confident that I’ll get there.

In addition to all of these projects, I’ve been taking manual notes on just about everything that happens here at Brock. This includes notes in meetings, notes from workshops, and notes in interviews when I reach out to other schools as part of the repository project I mentioned in my last entry. Writing things down has always been my preferred way of remembering things, and I’ve always thought that the best part of writing things down is getting the chance to go back and read things that you wrote in the past. I do this all the time with old essays from my undergrad and journal entries from years ago. One day in the future I’ll probably do the same with this blog series (hi, future Erin! Do we have flying cars yet?), but for now I’m happy to make the most of the second half of this series and all of the writing projects that come my way!

My blog series is posted bi-weekly, so make sure to check back on March 8th for more on my internship journey!