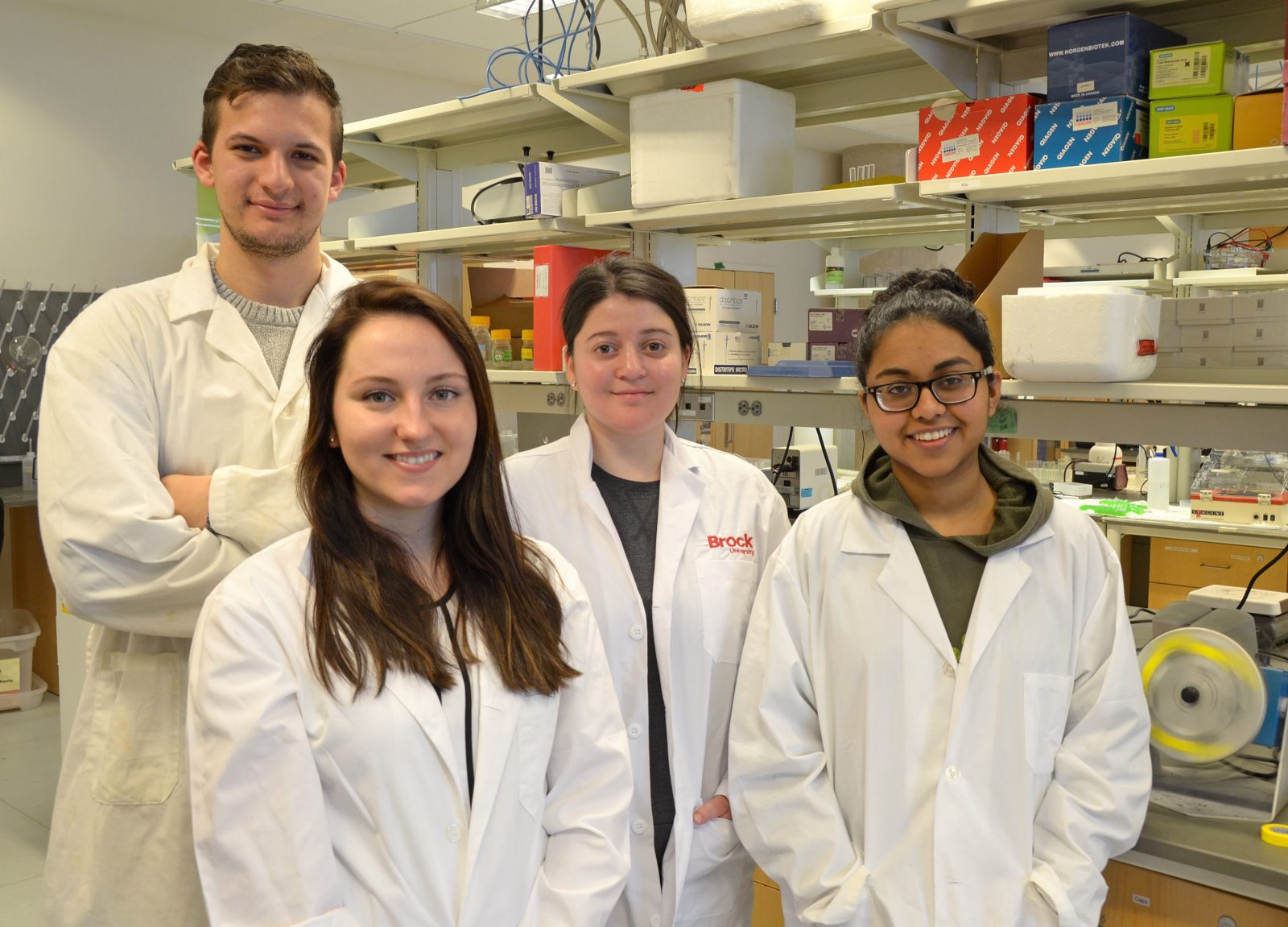 A Brock University student has scored third place in a national science research video contest, with two other Brock student videos among the contest’s Top 15 finalists.

Taylor Lidster took third place with her video, On the Fly. Two other videos – produced by Matthew Mueller and the team of Zakia Dahi and Jina Nanayakkara — were included in the Top 15 of finalists from universities across Canada.

All four students are from the Department of Biological Sciences. Mueller, Dahi and Lidster are master’s students, while Nanayakkara has just completed her undergraduate degree.

“It’s wonderful to see Brock student researchers being recognized nationally, both for the excellence of their research projects and for their ability to explain the impact and significance of their work,” says Brock Vice-President, Research Tim Kenyon.

“The remarkable extent of Brock students’ success in the Science, Action! program is a powerful indication of their calibre, and a great credit to the training and research mentorship they receive from Brock University professors,” he says.

Lidster’s On the Fly shows how the fruit fly is used to study inflammation in the gut. The researchers use genetic techniques and microscopy to see any changes in the gut environment, good or bad.

Mueller’s Cell Talk explains that the root cause of several contemporary diseases is a disruption in communication between cells, examines the language that cells use to talk to one another, and describes how this changes in diseases such as Alzheimer’s and cancer.

DNA: A Mobile Molecule, by Dahi and Nanayakkara, explores how DNA sequences that move around – called “jumping genes” – copy and paste themselves into different parts of our genomes. The research aims to understand how “jumping genes” have led to human variation and disease.

The Science, Action! contest enables students to present their NSERC-funded science research to a wide audience.

Students entering the contest faced some big challenges. In mid-February, NSERC posted 75 video entries from students across Canada; seven of these videos were from Brock. The 25 videos with the most views by March 2 would then make it to the next round. Five Brock videos made it into the Top 25. From there, a panel of judges selected the Top 15.