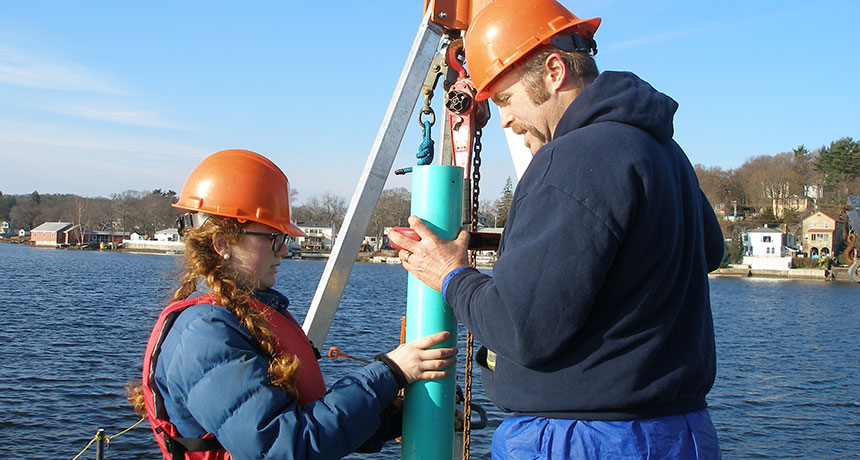 The history of New England’s most damaging earthquake is written in the mud beneath a Massachusetts pond. Researchers identified the first sedimentary evidence of the Cape Ann earthquake, which in 1755 shook the East Coast from Nova Scotia to South Carolina. The quake, estimated to have been at least magnitude 5.9, took no lives but damaged hundreds of buildings.

Within a mud core retrieved from the bottom of Sluice Pond in Lynn, Mass., a light brown layer of sediment stands out amid darker layers of organic-rich sediment, the researchers report March 27 in Seismological Research Letters. The 2-centimeter-thick layer contains tiny fossils usually found near the shore, as well as types of pollen different from those found in the rest of the core. Using previous studies of the pond’s deposition rates, geologist Katrin Monecke of Wellesley College in Massachusetts and her colleagues determined the layer dates to between 1740 and 1810.