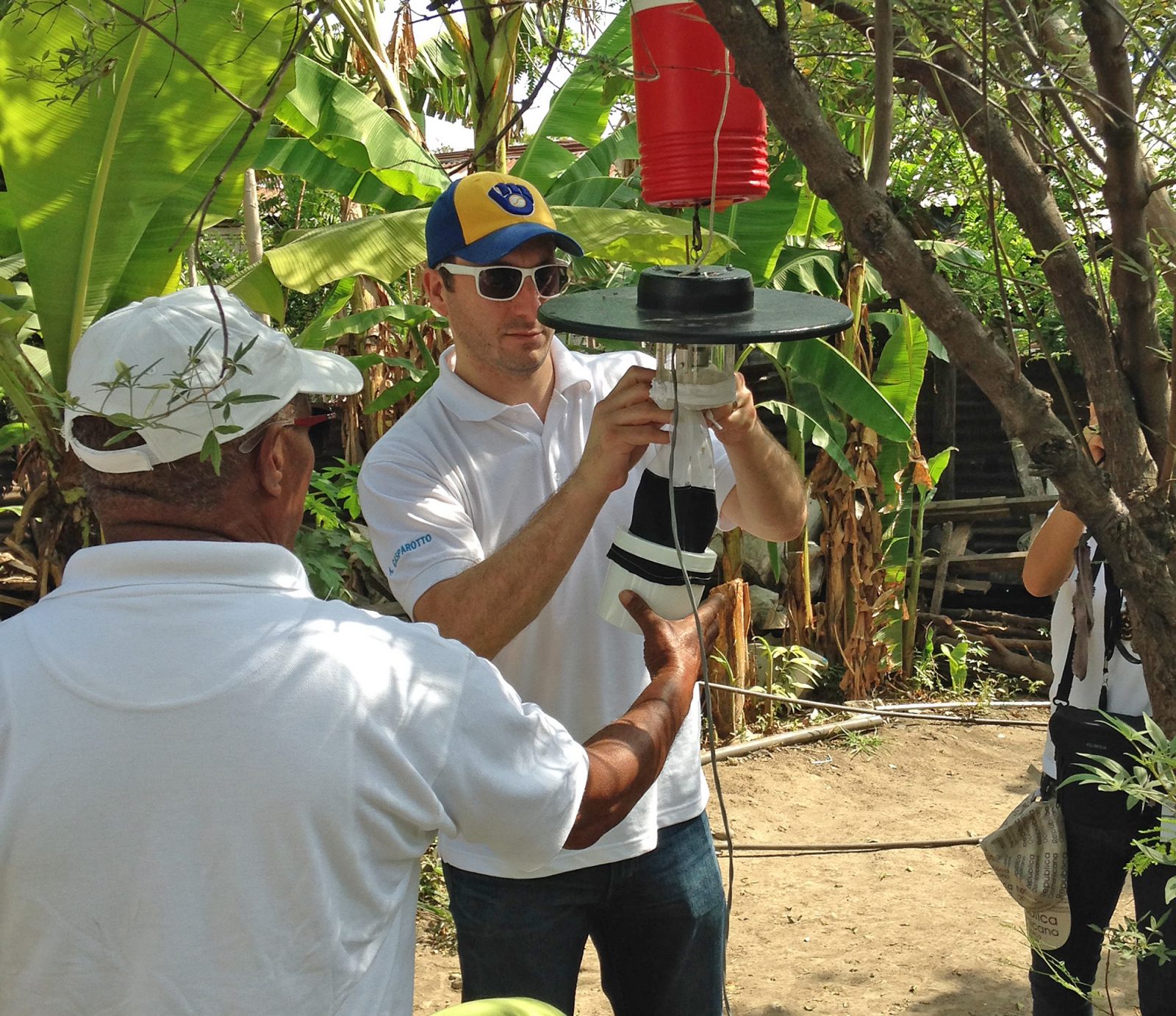 To medical entomologist Fiona Hunter, the Dominican Republic had always been a place of rest, with its warm breezes, snow-white beaches and turquoise waters. Two years ago however, the Brock University Professor of Biological Sciences saw another side to the popular holiday destination.

Faced with the prospect of a Zika outbreak in the country, Autonomous University of Santo Domingo (UASD) and the Research Institute of Microbiology and Parasitology (IMPA-FC) invited Hunter to train a research group on how to recognize mosquitoes carrying the Zika virus.

“At the time, Zika was just coming through,” says Hunter. “The country had just been battling with chikungunya and dengue, both mosquito-borne diseases. The team was getting a program up and running to do mosquito surveillance.”

The week Hunter and Brock alumnus Alessio Gasparotto (BSc ’05), who manages the professor’s Entomogen consulting firm, spent travelling with the University’s researchers was an eye-opener. Hunter witnessed first-hand how homes in the Dominican Republic lacked window screens, air conditioning, mosquito repellent and other “First-World” ways of protecting against mosquito bites.

That visit, along with subsequent activities, have culminated in a US$250,000 grant from the Dominican Republic government for a mosquito surveillance research project.

Hunter and her (UASD) co-investigator, Modesto Cruz, applied for a three-year National Fund for Innovation and Development of Science and Technology grant for their project titled “Zika Virus: Factors Influencing Vector Competence in the Dominican Republic.”

Starting in April, the two will work with additional researchers and students from the Dominican to conduct field research which involves identifying and collecting mosquitoes from sites all across the country.

Once treated with a substance called a lysis buffer that inactivates any viruses they may be carrying, the dead mosquitoes will then be shipped to Brock University’s laboratories, where they will be tested for mosquito-borne viruses that cause diseases such as West Nile, dengue, chikungunya and Zika.

“This will give us a greater understanding of geographic patterns of transmission and the mosquito species that are present there,” says Hunter.

In the two years since her visit, Hunter and her Canadian and Dominican colleagues have worked hard to pave the way for the successful grant.

Shortly after her return, Hunter, along with then-Interim Vice-President, Research Joffre Mercier and Faculty of Math and Science Dean Ejaz Ahmed, funded the purchase of a dry ice maker that UASD researchers could use to attract mosquitoes to the mosquito traps as well as preserve and ship biological specimens in dry ice.

Hunter also took some older dissecting microscopes from her teaching labs to the Dominican researchers.

“Those tiny little investments have blossomed into this new grant,” she says.

She met with many senior officials in the government and at the University and, with Cruz, crafted a 2016 Memorandum of Understanding between Brock University and UASD. The Dominican Republic government urged the duo to apply for the Innovation and Development grant.