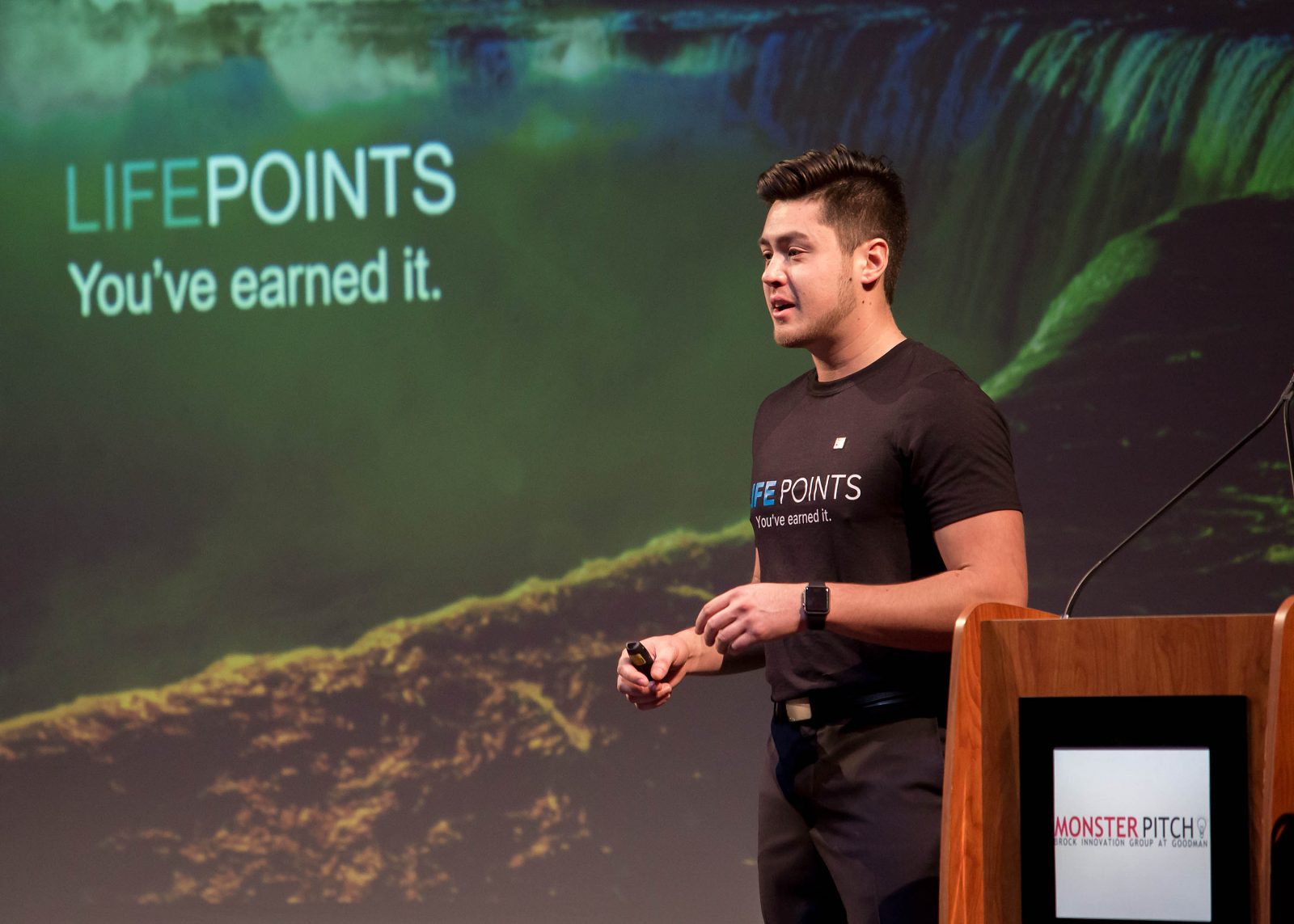 Monday proved to be a dream come true for Ethan Foy.

The fifth-year neuroscience student from Oakville won a $14,000 prize package at Monster Pitch, an entrepreneurial pitch competition hosted by the Brock Innovation Group in partnership with the Goodman School of Business and BioLinc and sponsored by Spark Power Corp.

More than a year ago, Foy began working on his business called LifePoints. He envisioned a mobile application that would offer monetary rewards to its users based on the time they spent at fitness facilities.

He first applied for Monster Pitch last year and although he was not selected to present at the competition, he had started on a journey toward his vision. He also applied for — and received — the Deborah E. Rosati Entrepreneurship Award, which provided him with funding, space and mentorship to help him launch his business. Since receiving the award at last year’s Monster Pitch event, he has worked tirelessly to build his business.

This year, he returned to Monster Pitch armed with a year of experience and with his mind set on winning. He did just that, walking away with much more than the $14,000 prize package.

“The biggest thing I was looking to get out of Monster Pitch was being able to present in front of a world-class group of judges. I wanted to know where LifePoints stands in the eyes of the them and to get feedback from individuals who have seen a multitude of businesses,” he said.