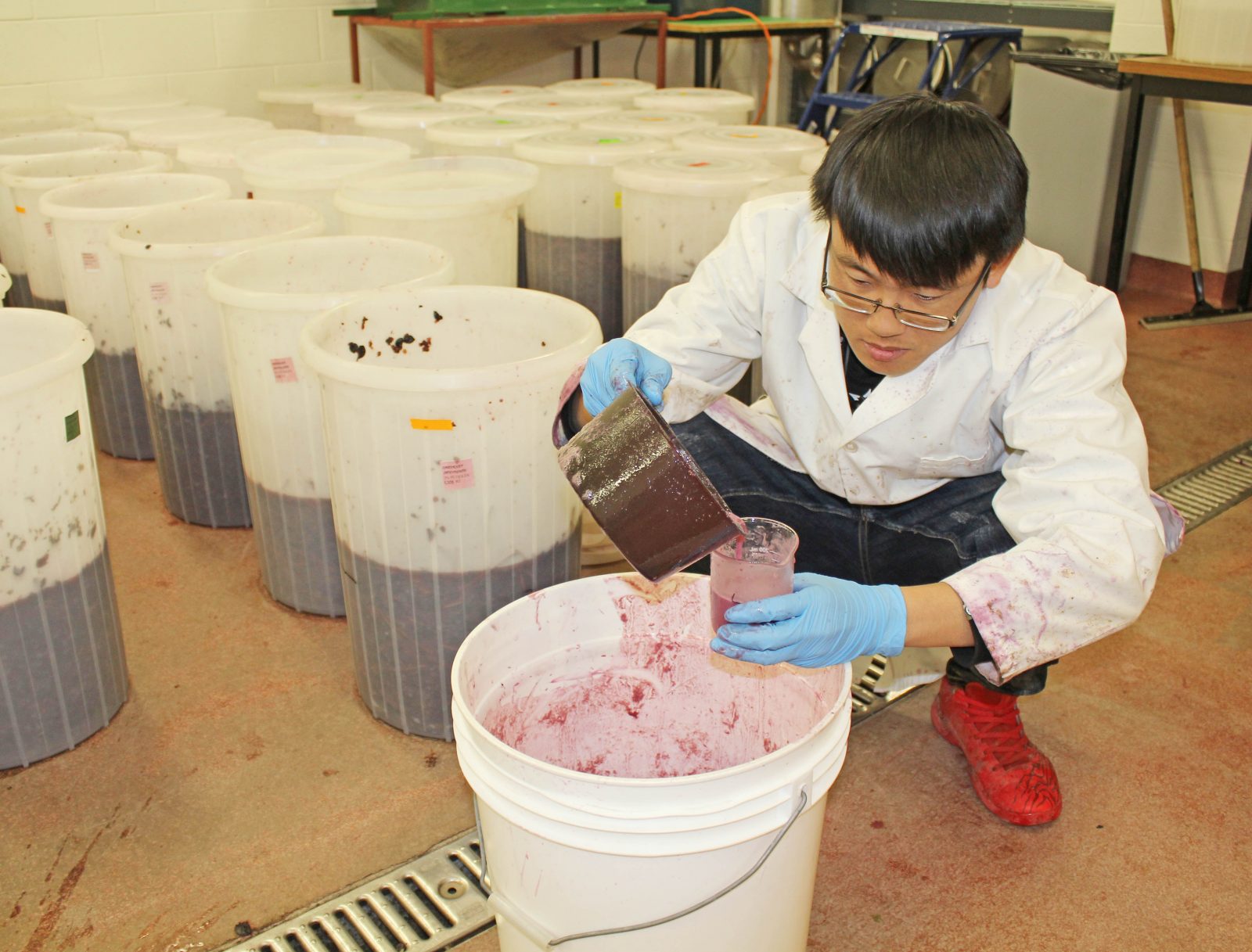 With winter weather arriving later each year, wineries in the region are benefitting from giving late-maturing grape varieties like Cabernet Sauvignon increased ripening time on the vine. The challenge, however, is that hanging grapes later into the growing season can often bring them toe-to-toe with frost.

Although the grapes themselves can survive a light frost, researchers at Brock’s Cool Climate Oenology and Viticulture Institute (CCOVI) have discovered that frozen leaves and petioles, often referred to as MOG (materials other than grapes), can impact the final wine quality.

“As more wineries in the region opt to hang their late-maturing varieties into the late fall, you then contend with the addition of those frozen leaves and petioles in with the fruit,” CCOVI’s Andrew Reynolds explained. “When mixed with the fruit, the MOG increases the concentrations of compounds most likely responsible for an unfavourable floral or green aroma, decreased colour intensity and a bitter taste in Cabernet Franc and Cabernet Sauvignon wines.”

Reynolds and his team began studying the impact of frozen MOG after local winemakers asked them to investigate the origin of undesirable floral characteristics appearing in red wines they’d harvested after a frost in 2015. Emily Aubie (OEVC ’13), a winemaker with a PhD in chemistry, was invited back to Brock as a post-doctoral fellow to help tackle the problem.

Armed with these findings, the team is now expanding its research to strengthen the results and examine different methods for combating the problem, both in the vineyard and the winery.