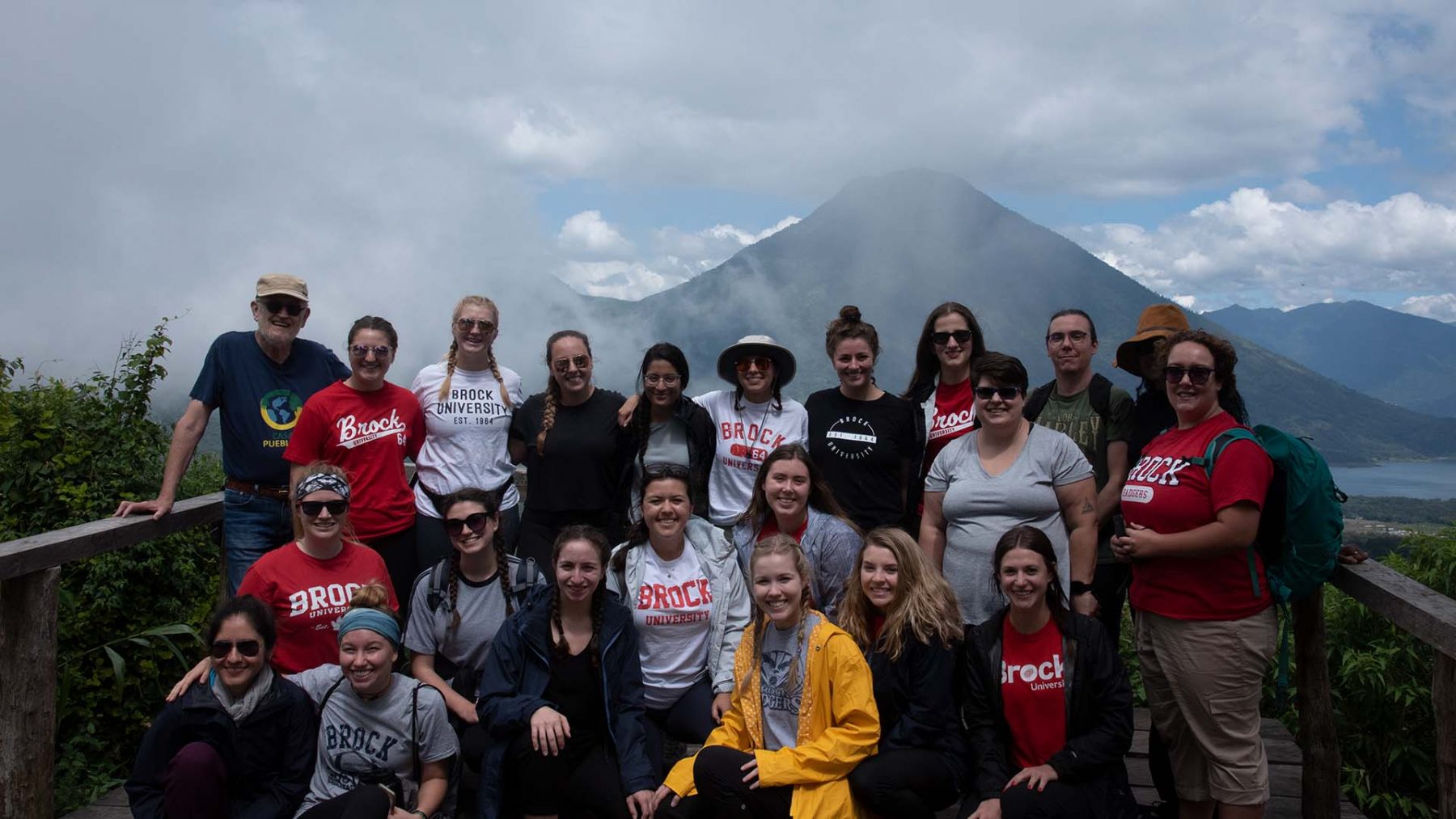 A group of Brock students have brought back life-changing lessons from a recent trip to Guatemala.

The group of 19 graduate and undergraduate students, along with two faculty members and one staff person, traveled to Guatemala from Oct. 11 to 21 as part of a Faculty of Education course on global education.

In Guatemala, students learned how indigenous Mayan communities are working to preserve their cultures and languages in two regions of the country. Before leaving, they prepared for with classes and resources on culture, history and current issues in these regions.

The journey challenged the views and values of many of the students.

“During our stay in Guatemala, a number of the students commented on ‘the bubble’ they viewed themselves as living in back home in Canada,” said Michael O’Sullivan, the course instructor. O’Sullivan is an Associate Professor and Associate Dean, Graduate Student Services, Research and International in the Faculty of Education.

“The students were deeply moved by the people they met and the activities in which they participated that were organized by young indigenous people, by women and by traditional knowledge keepers,” said O’Sullivan.

The itinerary included a visit to an elementary school, where students were able teach a lesson to local children and observe local teachers.

While Tiffany Harrilal, a fourth-year Concurrent Teacher Education student, saw some similarities between the elementary school they visited and schools in Canada, there were some striking differences.

“Something that I found interesting was they really do try to include a lot of Mayan Indigenous culture into the curriculum,” said Harrilal. These cultural elements included the local Mayan language and traditional teachings.

The group also visited a bilingual, cross-cultural secondary school and met with students from a local university created by the Mayan Ixil people to preserve traditional knowledge and create educational opportunities for the Ixil youth.

“It gets you out of your traditional outlook on what a school is and it should be or what you have always seen or experienced,” said Sarah Burger (BA ’16), Master of Education, of visiting the schools and Ixil university.

“I definitely think its going to inform the way I teach or how I think about teaching because there are so many ways to conduct a lesson or to engage with your students,” agreed Harrilal.

Despite language barriers, students were able to immerse themselves in Mayan culture, even sharing home-cooked dinners with Mayan families. In some cases, double translation from English to Spanish to a local Mayan language was necessary to communicate with community members. Through these conversations, students better understood the efforts of Mayan communities to recuperate their traditional values.

“I think that social responsibility came in,” said Burger of the larger themes she observed during the trip. Making a positive impact on an individual basis, such as through her purchasing decisions, is something she’ll take away from her time in Guatemala.

Harrilal echoed similar ideas when reflecting on her experience.

“What I noticed on the trip is that we forget how connected we are to people,” she said.

“Seeing those connections, you would think that hearing that Mayan Indigenous peoples are facing the same things would be disheartening, but it was so empowering” said Harrilal.

She was encouraged by seeing people of all ages working to rescue Mayan cultures, histories, teachings and knowledge. She hopes to bring Indigenous knowledge into her classroom as a teacher and to be an ally in the work of preserving Indigenous cultures in Canada.