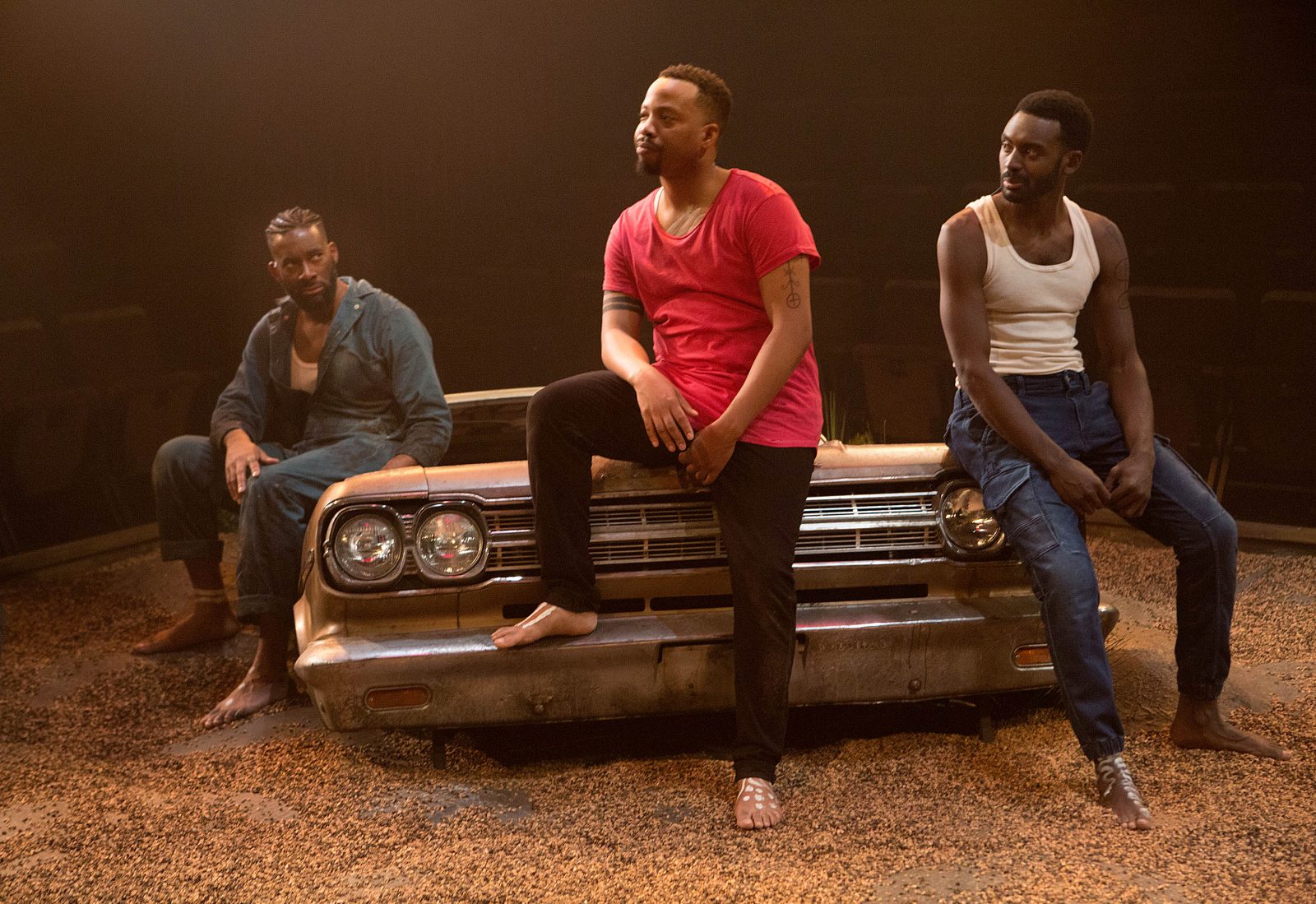 The reviews are in, and Brock Dramatic Arts alumnus Marcel Stewart (BA ’07) is earning praise for his performance in what the Toronto Star calls a “stunning Canadian premiere.”

Stewart stars as Elegba in The Brothers Size, the newest offering from Toronto-based production house Soulpepper.

He describes the experience as a “whirlwind,” especially after Toronto-based rapper Drake made a surprise appearance at the May 10 opening night performance. 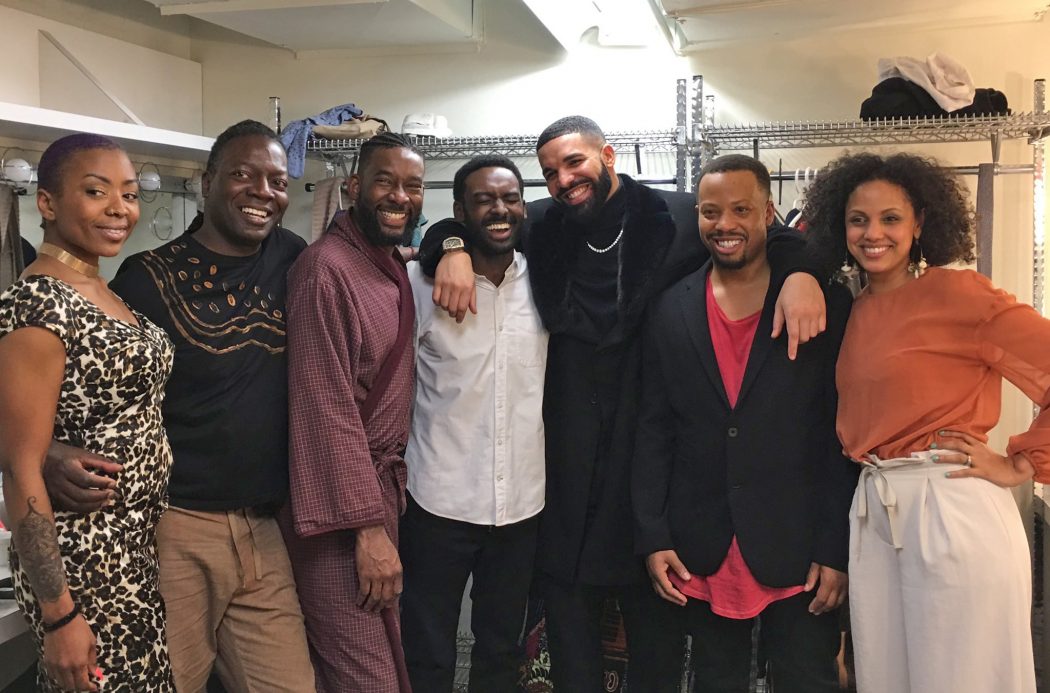 Brock Dramatic Arts alumnus Marcel Stewart (BA ’07), second from right, and his castmates from The Brothers Size got a surprise visit from rapper Drake, third from right, at the opening night performance of the Toronto show.

“It has been amazing; it’s such a gift to do something like this,” Stewart said. “Through my whole journey as an actor, I have wanted to work on a play that speaks to my experience, one that I can easily dive into, and this text was so comfortable it was like putting on a jacket that was made for me.”

The Brothers Size is the second play in the Brothers/Sisters series, written by Oscar-winning screenwriter and Tony Award-nominated playwright Tarell Alvin McCraney.

Set in a fictional town in Louisiana, it tells the story of two brothers, Ogun and Oshoosi, who find themselves living together after Oshoosi’s release from prison.

Stewart plays Oshoosi’s best friend, who formed a bond with him during their incarceration together.

“I think on a micro level, Brothers Size is about the experience of black men today in the world,” Stewart said. “But on the macro level, what the characters go through are things that all people experience: grief, trauma and searching for a sense of belonging.”

Stewart’s performance marks his return to the Soulpepper stage, where he has previously performed three times and was a member of the Soulpepper Academy.

Some of his other credits include the role of Miles in The Drawer Boy at Prince Edward County’s Festival Players, Coutts in the Mirvish Theatre Production of King Charles III in Toronto, and roles on popular Canadian television series’ Kim’s Convenience and Murdoch Mysteries.

While he focused primarily on acting for several years after graduation, Stewart also developed a passion for doing outreach work and giving back to young, aspiring actors. 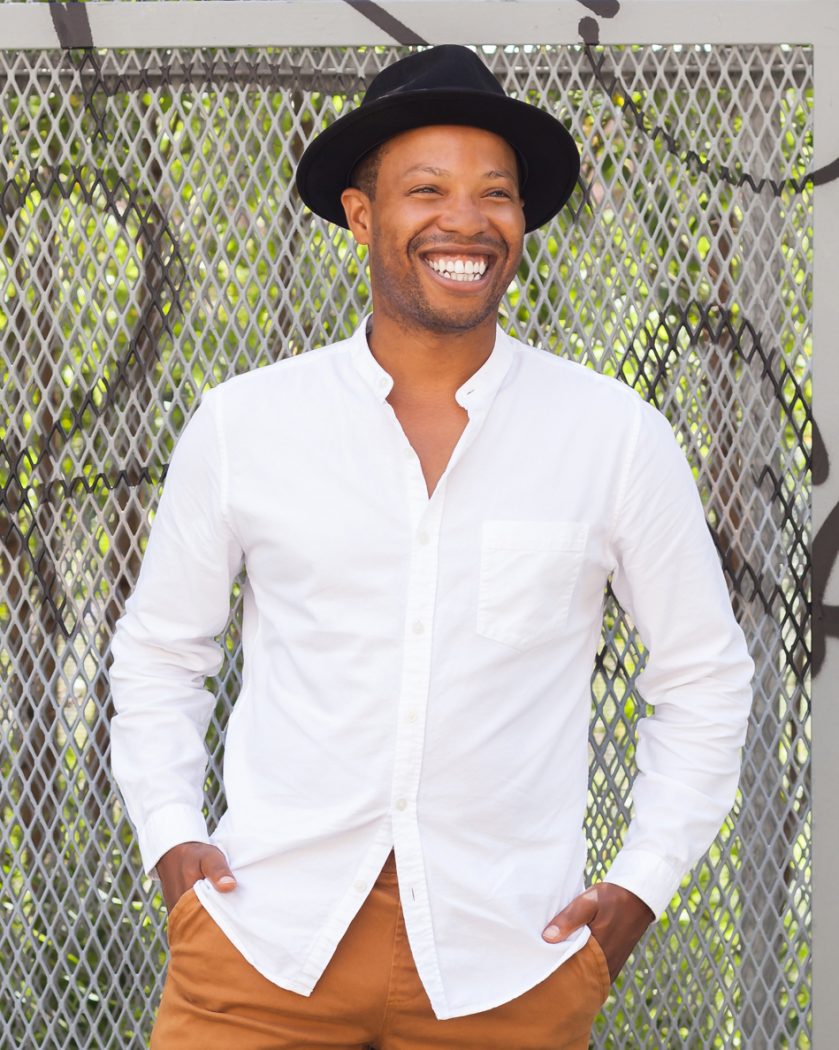 When he’s not on stage, he gives private acting lessons and hosts workshops in communities across Canada. He’s worked with school groups at the Toronto International Film Festival, for example, and was the creator of What Noise is This, a workshop that explores William Shakespeare’s canon through the lens of hip-hop music.

Stewart is also involved in the local theatre industry, both as the outreach co-ordinator with St. Catharines theatre company Suitcase in Point and the volunteer co-ordinator for the upcoming In The Soil Arts Festival, taking place this June in downtown St. Catharines.

“Marcel was bright and hungry to learn and is an example of the breadth of career opportunities that become available after studying in DART,” she said. “We congratulate him on his success as a working artist and are very proud of the contributions he has made in the theatre community over the years.”

Stewart attributes his ability to “wear many hats” in his career to the skills he gained from studying at Brock.

“The ‘motor’ that I developed at Brock was probably my biggest takeaway that I still rely on 12 years later,” the 33-year-old said. “To keep going, to keep pursuing, and if a door is closed in my face, then there’s 10 more doors that I can open.”

After the wrap of Brothers Size in Toronto, Stewart is headed back to work in St. Catharines.

He wants to continue his outreach work and bring more eclectic and diverse artists to St. Catharines.

He said instructors at Brock encouraged him to explore his sense of self and find cultural connections through the performing arts — and he wants to do the same for others.

“My experience at Brock helped open me up to recognizing who I am as a black man and encouraged me use that voice and speak from my perspective whenever I can,” he said. “Now I’m on this representation kick, running workshops, doing outreach and looking at how to bring some more colour — in more ways than one — to the artistic landscape.”

Brothers Size runs until Saturday, June 1 at the Young Centre for the Performing Arts at 50 Tank House Lane in Toronto. More information and tickets are available at Soulpepper.ca