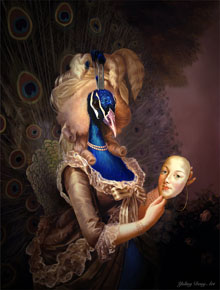 Hannah Cowley’s most successful Town Comedy of 1783 demonstrated how to get your man and keep him in Georgian times — but once relocated in today’s Toronto, the laughing feminism lurking within the Marriage Plot is exposed in all its decadent hilarity.

A Study Guide is available for review, prepared by Assistant Director Nicholas Leno: download to print a copy (PDF, 3.7 MB) 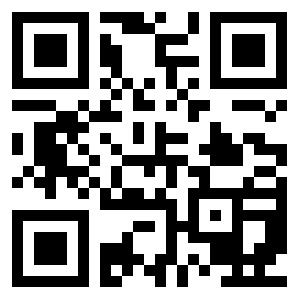 Please scan here to buy tickets and follow us on social media. keepingupwithmrsracket.com

The Belle’s (Social Media) Stratagem
A central character in the Department of Dramatic Arts’ autumn Mainstage production, The Belle’s Stratagem, will have an active life on social media thanks to a partnership between students in one of the department’s courses and the Mainstage production team. The goal of this partnership is extend the life of The Belle’s Stratagem both before ad after the actual run (November 13-15) and to engage audiences in critical dialogue around the show.

Director and DART professor Gyllian Raby and assistant director Nick Leno have adapted and updated Hannah Cowley’s 18th-century comedy to be set in today’s Toronto. Through Instagram, Twitter, and YouTube, tech-savvy students in DART 3P95: Studies in Praxis I: Theatre Criticism are creating an online identity for one of the play’s central characters, Mrs. Racket. Followers of @racketlife can see photos of her favourite products, read her daily aphorisms, and watch “fan” videos posted on YouTube. Mrs. Racket’s online persona not only develops the character beyond the page and stage, but also highlights some of the production’s key themes related to consumerism, celebrity, and social class.

The social media platforms officially launch on October 20. Each platform is interconnected through the blog www.keepingupwithmrsracket.com; the blog is also accessible via the production’s QR code, which is included in all publicity materials. Followers are encouraged to interact with Mrs. Racket across all three platforms using the hashtag #racketlife: they can repost her Instagram photos or post and tag their own, tweet with Mrs. Racket, and vlog about the production on YouTube. The possibilities for participation are endless! During the show’s run, Praxis students will be present before each performance to demonstrate this technology through an interactive lobby display.

This partnership is part of a key component of the Theatre Criticism course, in which students immerse themselves behind-the-scenes in creative processes with local arts organizations, and write about it for the course blog, DARTcritics.com. The Belle’s (Social Media) Stratagem is an innovation this year, the first time that Theatre Criticism students have gone behind the scenes on a DART Mainstage and the first time that the learning outcomes involve a social media strategy.

some words from our guests:

…excellent adaptation with the references to modern Toronto and all its foibles.
– Associate Dean, Dr. Brian Power

By re-historicizing Hannah Cowley, [Gyllian Raby, the director] is able to liberate her message. Cowley’s hesitant feminism is sharpened in Raby’s adaption. And shifting the play’s locale from eighteenth-century London to twenty-first century Toronto, Raby adds biting commentary – much of it delivered through choruses of rap music – on the ravaging cultural and economic effects of unfettered financial capitalism, which goes well beyond Cowley’s predictable tut-tutting about the vulgar spending displays of England’s nabobs. . . . . Mixing rap music with formal eighteenth-century drama sounds depressingly like a sterile post-modern conceit. But it works wonderfully well in this instance, partly because Raby is the director of the play she adapted. She directs an exuberant student cast who seem just as much at home mincing through the formalities of a masqued ball as they do gyrating to the strains of Rick Ross, Lil’ Mama, and Salt ’n’ Pepa.
– from a review by Professor Emeritus John Sainsbury in the online British Journal of Eighteenth-Century Studies published by the The British Society for Eighteenth-Century Studies.

Published on Nov 11, 2014: From Brock TV, a look into The Belles Stratagem, opening this Thursday! Meet the cast and crew of DART’s latest production of Hannah Cowley’s The Belle’s Stratagem. 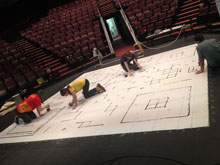