OSCIII Blog: What is the Organic Cluster project? 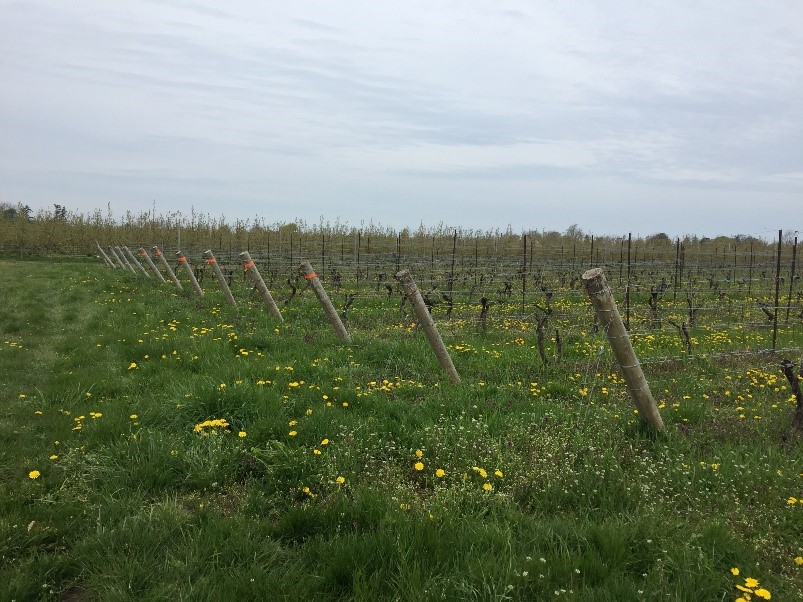 In 2019, Brock University initiated the new project: “Unique Cover Crops, Rootstocks, and Irrigation Techniques for Canadian Vineyards”. The project is funded through the Organic Science Cluster 3 (OSC3): Connecting Environmental Sustainability and the Science of Organic Production, managed by the Organic Federation of Canada (OFC) in collaboration with the Organic Agricultural Centre of Canada (OACC) at Dalhousie University. The OSC3 is also supported by the AgriScience Program under Agriculture and Agri-Food Canada’s Canadian Agricultural Partnership (an investment by federal, provincial, and territorial governments). More than 70 partners from the agricultural community are also involved in these projects.

Brock’s Dr. Liette Vasseur and Dr. Medhi Sharifi, research scientist with Agriculture and Agri-Food Canada, Summerland, BC, are the two principal investigators on this OSC3 grant. Heather VanVolkenburg, a recent graduate student of Dr. Vasseur, is supporting and contributes to the research as a Scientific Project Manager. Together, they are leading the project with several undergraduate and graduate students, with the long-term goal of developing and testing combined cover crop, rootstock, and irrigation strategies that support vineyard soil health. The research is being conducted at vineyards located in two major wine growing regions of Canada.

Bi-weekly research activity updates will be provided in on-going blog posts. These will be written by Vasseur and the research team, including Heather VanVolkenburg, Kasia Zgurzynski, Habib Ben Kalifa, and Diana Tosato. The team will also write informative pieces delving into agricultural concepts and important global issues as they relate to agricultural sustainability and climate change.