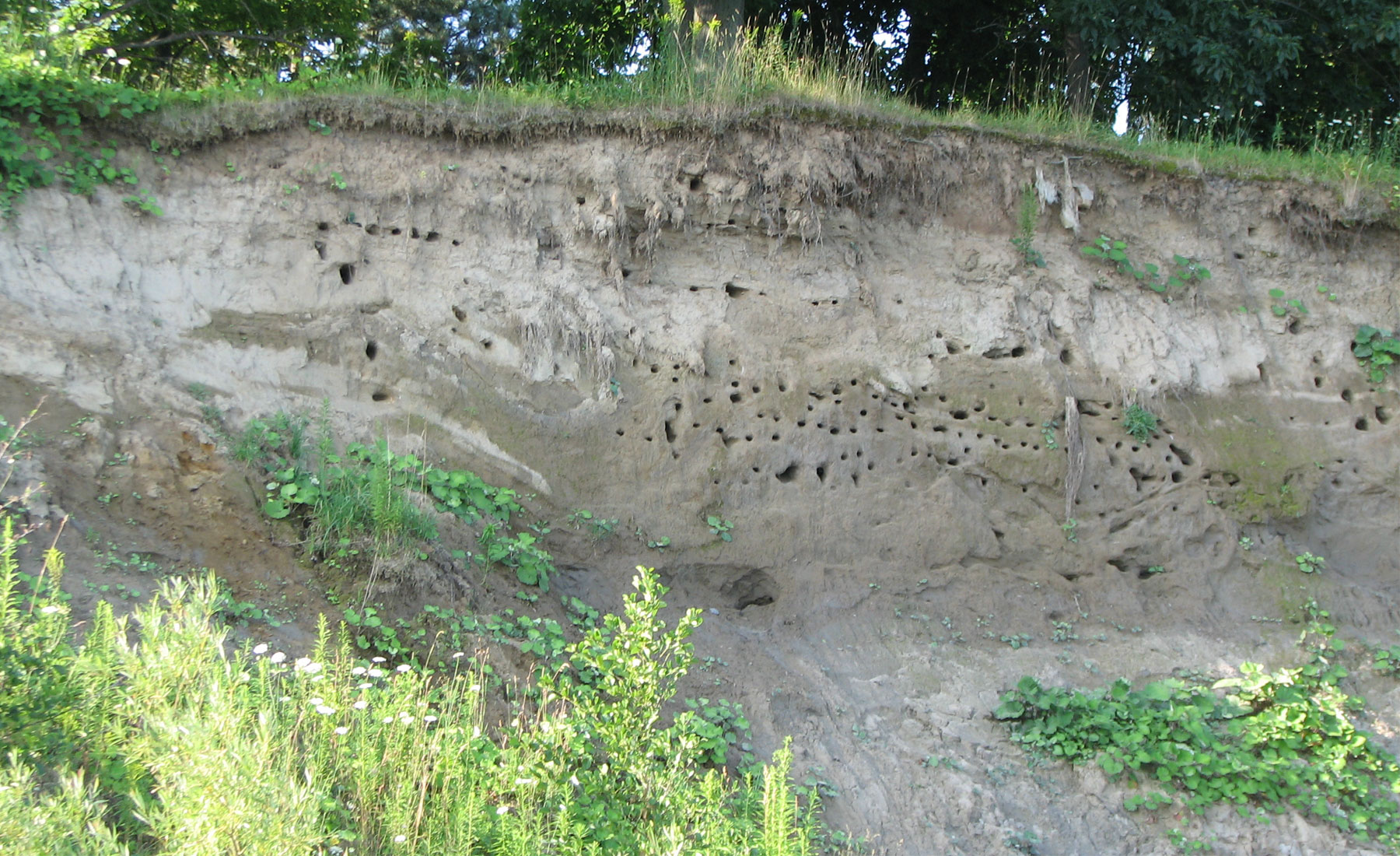 Photo Caption: Shoreline bird nests along the banks of the Lincoln coastline are at risk as the shoreline continues to erode.

Many people living in coastal communities have likely been lucky enough to experience the magic of bank swallows zipping through the air, showing off with an aerial display of acrobatics. Bank swallows are widely distributed across the world and can be found on every continent except for Australia and Antarctica.  Canada’s largest populations of bank swallows occurs between Lake Erie and Lake Ontario.  These birds migrate through the Greater Niagara Region during the spring and summer months and can often be spotted in the Town of Lincoln. Unfortunately, their population has been declining since 1970, and they are now considered a threatened species in North America.

Several factors are believed to be responsible for the decline in bank swallow populations. These birds prefer to nest in burrows along the shoreline (or banks) of rivers and lakes with vertical faces of silt and sand deposits. With the effects of climate change on shorelines causing erosion and land degradation, this is a major contributor to the decline of bank swallow populations. Coastal development and the addition of hard infrastructure along the shores have accelerated this phenomenon. This loss of breeding, nesting and foraging habitats for these shorebirds forces them to look elsewhere for these resource-rich areas. Many of these birds are now also found in sand and gravel pits where the banks remain suitable, although not ideal. This also presents many challenges to the species as activities in gravel pits, such as digging and movement of trucks, may affect their survival.

Due to the Species at Risk status of bank swallows, they are protected by the government to ensure their populations do not continue decreasing. The population of bank swallows is beneficial for the community as increasing biodiversity results in healthier ecosystems. As individuals, you can help encourage their conservation by protecting their habitat. With proper adaptation strategies used to protect shorelines, you can increase the survival of bank swallows. Homeowners living on the shoreline may even be eligible for stewardship programs that support the protection and recovery of Species at Risk and their habitats, which is a great way for coastal communities to contribute to the conservation and restoration of their shorelines.