The importance of shoreline protection for nesting shorebirds 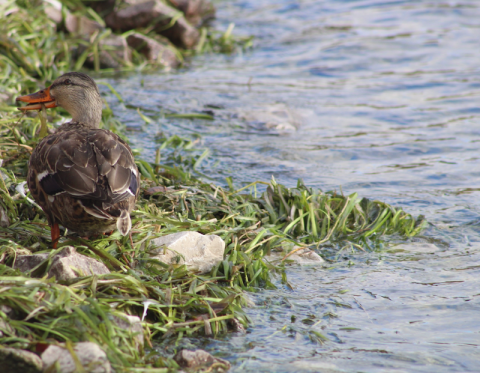 Many species of birds rely on our Great Lakes’ shorelines to feed, rest or for nesting during the breeding season. These species rely on either the sandy beaches, rocky cliffs, or grasslands located close to these areas. Birds will choose to nest in those areas and will stay until their young are old enough to leave. The Niagara region is home to six sites that are designated as important bird areas. These sites include Beamer Conservation area, the west end of Lake Ontario, Twelve Mile Creek Headwaters, Port Colborne, Point Albino and the Niagara River Corridor.

\Important bird areas are needed to ensure the survival of many bird species viable populations throughout the world. Many other shoreline areas, some that are likely on private properties, are also important for the breeding of migratory species of birds in Niagara. Some of the species of shorebirds located in the Greater Niagara Region include the piping plover, sanderling, bank swallows, semipalmated sandpiper and many waterfowl such as mallards or Canadian geese.

Many shorebird species are considered to be migratory birds and temporarily rely on these shoreline areas for resources during their migratory route. Niagara region is located between Lake Ontario and Lake Erie, making it an ideal corridor for migratory birds. However, with urbanization, these areas are becoming increasingly threatened due to increased infrastructure along the coast. Climate change, including changes in storms, has affected the rate of erosion and water level fluctuations. These shoreline areas may become less accessible for shorebirds in the future, which will result in less areas for nesting, resting and accessing food. These hazards and changes are causing the shoreline area to recede and have led to declines in many shorebirds’ populations.

Declining shorebird population results in a shift in biodiversity and can lead to a decline in economic activity such as bird watching. Indeed, shorebirds are an important economic activity in the region as it is considered a large tourist attraction. This is a popular hobby for many people and billions of dollars (over $12 million per year just in southern Ontario) are spent every year. Communities in this region can improve their economy by simply supporting conservation of shorelines through ecosystem-based adaptation to climate change. There are many strategies that can be used to help protect these shorebird populations, some have already been suggested, and there will be many more to come.

The researchers involved with the MEOPAR project are working to raise awareness about the impacts of climate change and how communities can effectively adapt, and increase resilience, to these changes. Follow along with these articles every week (written by researchers Liette Vasseur, Meredith DeCock, Bradley May and Pulkit Garg) to learn more about the project and how you can get involved. You can also visit the project website or contact the team via email at meopar-lincoln@brocku.ca