What shapes our coastlines? Causes and types of erosion 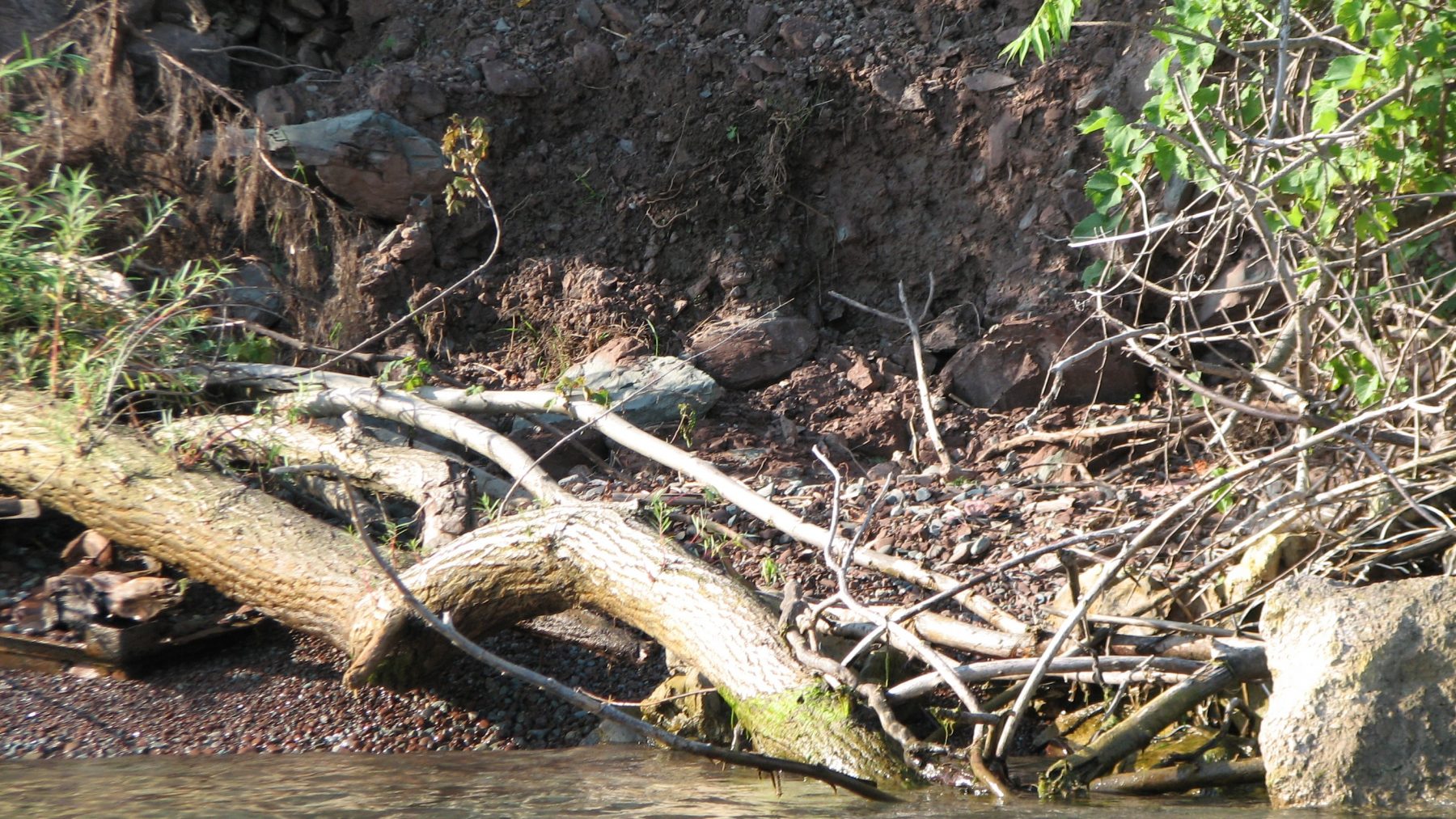 Have you ever wondered why some areas of a coastline have eroded more than others? Or thought to yourself, “wow, that cliff does not look very stable.” The answer is that coastlines are naturally designed to move—whether we like it or not. Any water-land interface has a series of natural processes that cause it to be dynamic; sometimes eroding away, sometimes gaining material (in a process called accretion). 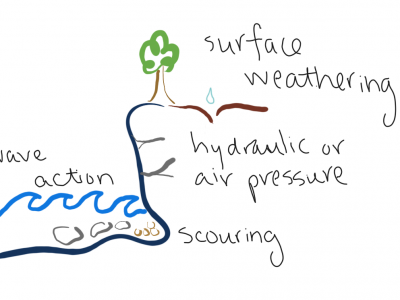 There are many different factors that can lead to erosion within our coastal zones, with some being more obvious than others. The high energy of wave action, particularly during storm events, physically breaks away the shore. If there is any debris or rocks in the water, that can further accelerate the physical breakdown of the coastline or may reduce the impacts of large waves. What’s more is that air can also get trapped between an incoming wave and a cliff, increasing the air pressure in the cliff face as that air gets pushed into holes, cracks or joints in the cliff. This decreases the integrity of the material over time, making it more vulnerable to damage and erosion.

Heavy rainfall events, as another example, can lead to overland runoff that eventually makes its way to the lake. This can cause erosion channels (like little creeks or run-off channels) that grow deeper and wider with more storms. What’s also important to consider is the impact of water flowing below the surface on erosion. Groundwater will choose the path of least resistance—moving faster in sandier soils and slower in clay soils—resulting in more seepage points in areas that have more sand and causing faster erosion.

The natural processes of coastal erosion are also often disrupted by the presence of humans. The fact that coastlines are naturally dynamic may not sit well with waterfront property owners and, in response, they may attempt to protect their shoreline and minimize the amount of coastal movement. There may be short- and long-term consequences of the various types of human activities on the coast.