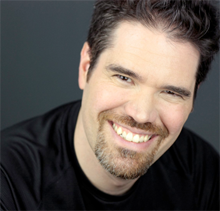 A major series of cultural events, workshops and performances being launched this fall by Brock University will provide new learning experiences for students, and in many cases will also be open to the public.

The Walker Cultural Leader Series will see leading artists, performers and academics convene more than a dozen events in disciplines ranging from animation to classical music and theatrical performance. The events will take place on campus as well as in the community.

The new series is being funded thanks to the Marilyn I. Walker Fund, an endowed fund created in 2008, when Marilyn Walker donated $15 million to Brock’s school of fine and performing arts.

Derek Knight, director of the Walker School, said the main objective of the series is to engage students, but pointed out many sessions are open to the community.

“The new series is committed to inviting varied and interesting guest speakers,” said Knight. “It will be engaging, lively and erudite. These sessions celebrate professional achievement, artistic endeavour and the indelible role of culture in our society.”

Douglas Kneale, Dean of Humanities at the University, said the initiative is another step forward for Brock on the academic, cultural and community fronts.

“Thanks to the generosity of Marilyn I. Walker, we are able to offer students unique interactions with creative leaders in the fine and performing arts, and also extend to the community educational and cultural opportunities that will be enormously enriching.”

The Marilyn I. Walker School of Fine and Performing Arts is comprised of the departments of Dramatic Arts, Music, Visual Arts, and the Centre for Studies in Arts & Culture.