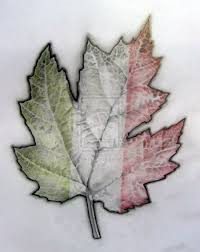 All are welcome to attend the next Italian Canadian Diaspora Speaker Series event on November 19 at 5 p.m. in Plaza 600F.

Gianna Patriarca is an award winning author of 8 books of poetry , a children’s book and a collection of short fiction. Her work is extensively anthologized in Canada, Italy and the USA and appears on University courses in all three countries. Her work has been adapted for Canadian Stage and CBC radio drama and featured in numerous documentaries. Italian Women and Other Tragedies, is in its 4th printing, translated into Italian and launched at the University of Naples Orientale and Bologna. Gianna is featured at the museum Pier 21 in Halifax. She is the first recipient of the Science and Cultural Award from the Italian Chamber of Commerce, awarded the Farfalla D’Argento from Rome in 2016, and in 2017 was awarded the Spirit of Ontario medal from the Congress of Italian Canadians. Her collection of short fiction All My Fallen Angelas, was long listed for the Griffin prize in 2016. She has read her work at Yale, Purdue, Paterson New Jersey and numerous universities and cities in Canada. She is currently working on a collection of poems, Time to be Old, and a novel, The Sicilian’s Bride.