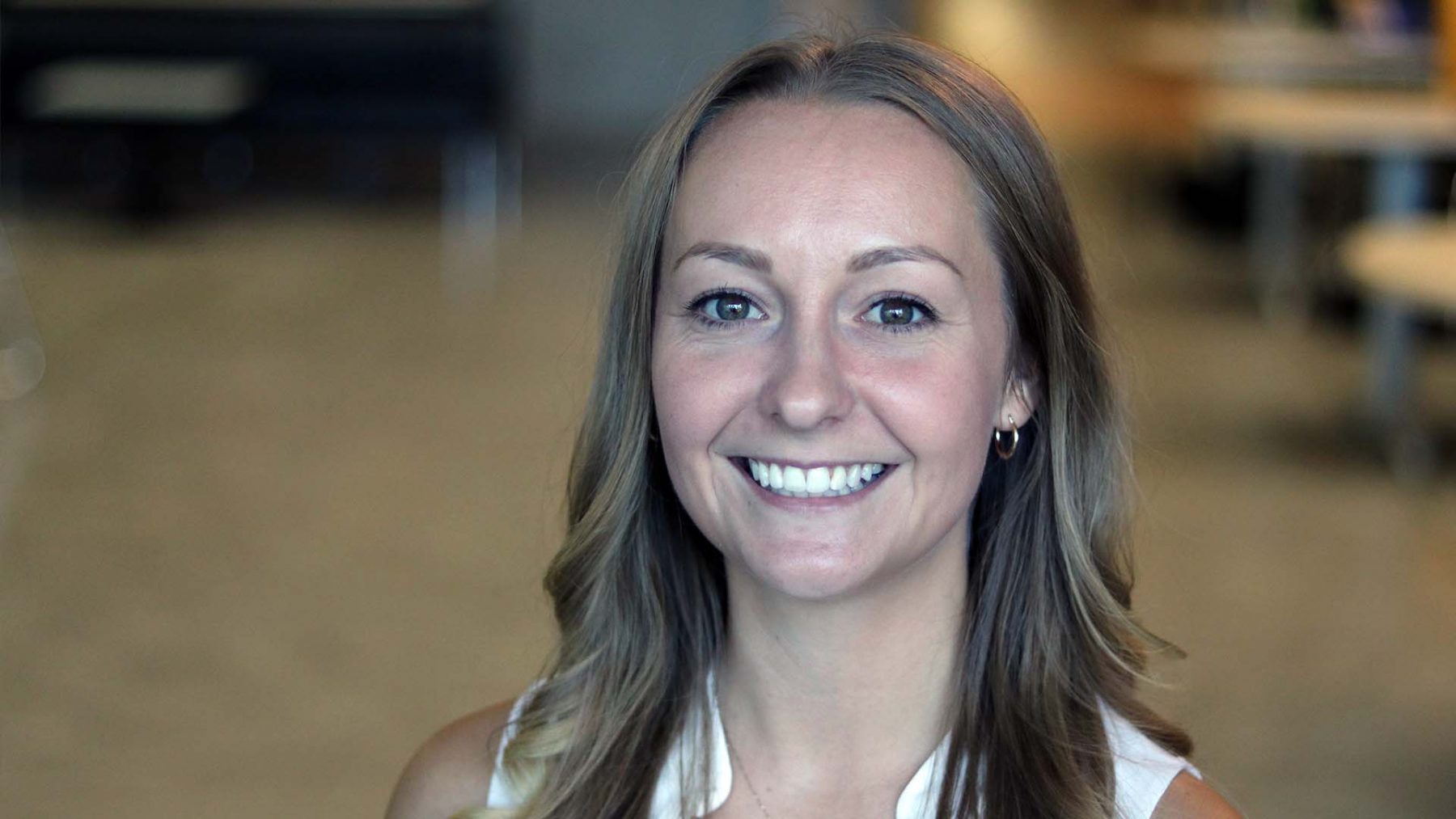 Crossing the stage at Convocation on Oct. 18 marked the beginning of a unexpected adventure for Jaime Barratt.

The new Master of Education (MEd) graduate is travelling about 15,000 km to complete a PhD at the University of Queensland (UQ) in Australia.

She had originally planned to study at the University of Toronto until her intended supervisor, John Cairney, was appointed the incoming Head of UQ’s School of Human Movement and Nutrition Sciences. While making such a big move is daunting, Barratt took the exciting opportunity to work with Cairney while completing a Phd in Movement Science at UQ.

A few years ago, the idea of pursuing a career in academic research would have been unthinkable for Barratt. Growing up, she was not driven by academic success and was more drawn to physical activity or the arts.

At Brock, Barratt made some important discoveries about herself that would change the direction of her life.

“As soon as I got to Brock from college it was just like this spark that ignited. Everybody here introduced me to research,” said Barratt, who decided to pursue her love of research by enrolling in Brock’s MEd program after finishing the BECE program.

“Jaime remained open and curious about research and processes of research throughout her time at Brock so she easily capitalized upon all the various opportunities presented and combined this with her own passion focused on physical literacy,” said Debra Harwood, Associate Professor in the Department of Educational Studies and Barratt’s MEd supervisor.

During her MEd, Barratt also developed an app to help educators encourage physical activity in classrooms and childcare centres. She is continuing to improve the app and has plans to add videos of herself demonstrating activities for different age groups.

Barratt hopes to build on her MEd research during her PhD, focusing on equipping early childhood educators as a way to improve children’s activity levels.

Her ultimate goal is to teach in a program like BECE in the future. Barratt hopes to bring together her love of research, children and healthy childhood development to make a difference for early childhood educators and families.

Looking back at her own time as a student, Barratt says she succeeded because of the student supports and community she found at Brock.

“The biggest challenge for me was not thinking I was smart enough for university,” said Barratt of coming to Brock as a college transfer student. Barratt accessed resources across campus to make her transition from college as smooth as possible.

Connecting with faculty and her fellow students was also an important factor in her success.

“If I were to summarize my amazing time at Brock, it would be amazing because of the relationships,” said Barratt.

As a BECE student, Barratt helped to build a community for her fellow students by co-founding the Brock BECE Student Association in her second year of the program. The Association continues to run events and build connections for BECE students.

Barratt’s relationships and successes at Brock make moving on to her PhD a bittersweet moment.

“I think Brock was what I needed. It was kind of like the key element in everything. It was where I found my inspiration, my motivation for everything,” said Barratt. “I think I’m where I need to be and that was because of Brock,” said Barratt.