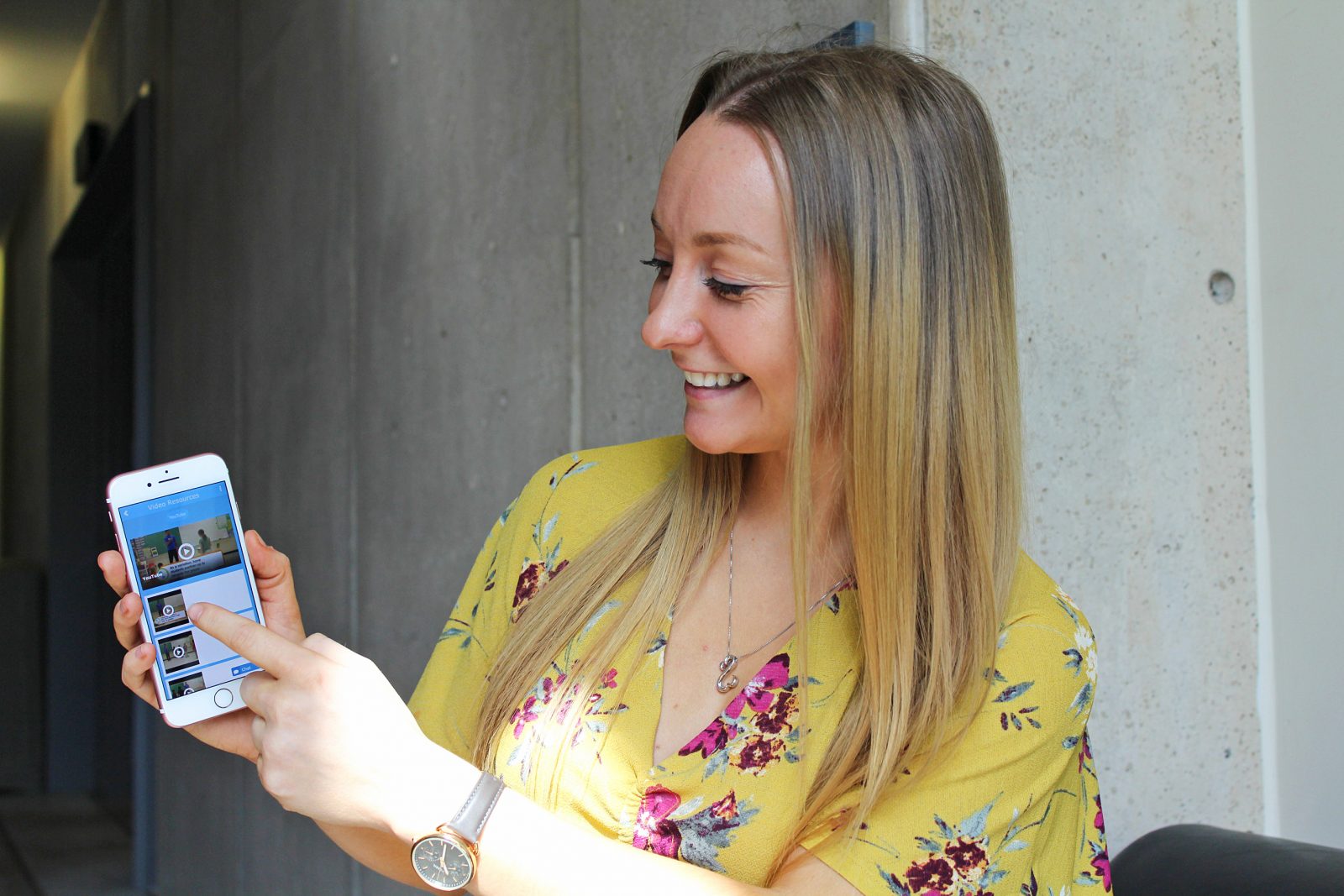 Master of Education student Jaime Barratt has created a new app to help teachers get students moving in the classroom.

A new tool created by a Brock graduate student aims to help teachers get kids active in the classroom.

The app, DPA4U, was inspired by Barratt’s time as an early childhood educator and her work on an independent study supervised by James Mandigo, Brock’s Vice-Provost for Enrolment Management and International.

The app provides details around what DPA is, the requirements, the benefits and curated resources. These resources include videos from YouTube, provincial documents and other handbooks. Teachers can use it to find DPA options that meet their immediate needs, such as activities that can be done in small spaces.

Barratt noticed that children in child-care centres aren’t always as active as they should be. She wanted to explore DPA in elementary classrooms because of the policy requirements teachers need to meet.

“What I found was children in child-care centres are not meeting that. They’re maybe meeting 12 minutes of their seven-hour day in child care being physically active,” says Barrett, adding that average comes despite children having two one-hour outdoor play sessions a day. Her thesis research will focus on creating an educator resource to hopefully increase the amount of activity children engage in.

Ontario’s elementary school children are supposed to meet 20 minutes per day of DPA in the classroom. That mark does not have to be met in a single session.

One in three children are meeting that requirement according to the research Barratt reviewed. In one study of 16 Toronto elementary classrooms, no children participated in 20 minutes of DPA.

Children experience not only health but also other benefits by engaging in physical activity, such as improved concentration in the classroom.

“There are studies that have been done that show academic performance improves when a child has been active outside beforehand,” says Barratt.

This is the first project Barratt has completed with Mandigo around DPA in elementary classrooms.

“He challenged me to think outside the box. He wanted to see if I could come up with a solution that isn’t regular, that’s innovative,” she says of Mandigo, who suggested she make an app.

Barratt doesn’t have much programming experience but managed to build the app with the help of tutorials and other people, including her brother.

“I’ve had a lot of support. It’s almost overwhelming,” she says.

Barratt says the app has had about 250 downloads so far. Teachers have also been sharing feedback and suggestions through the in-app survey, such as including more activities for students with accessibility needs. It is available for iPhones and Android phones.