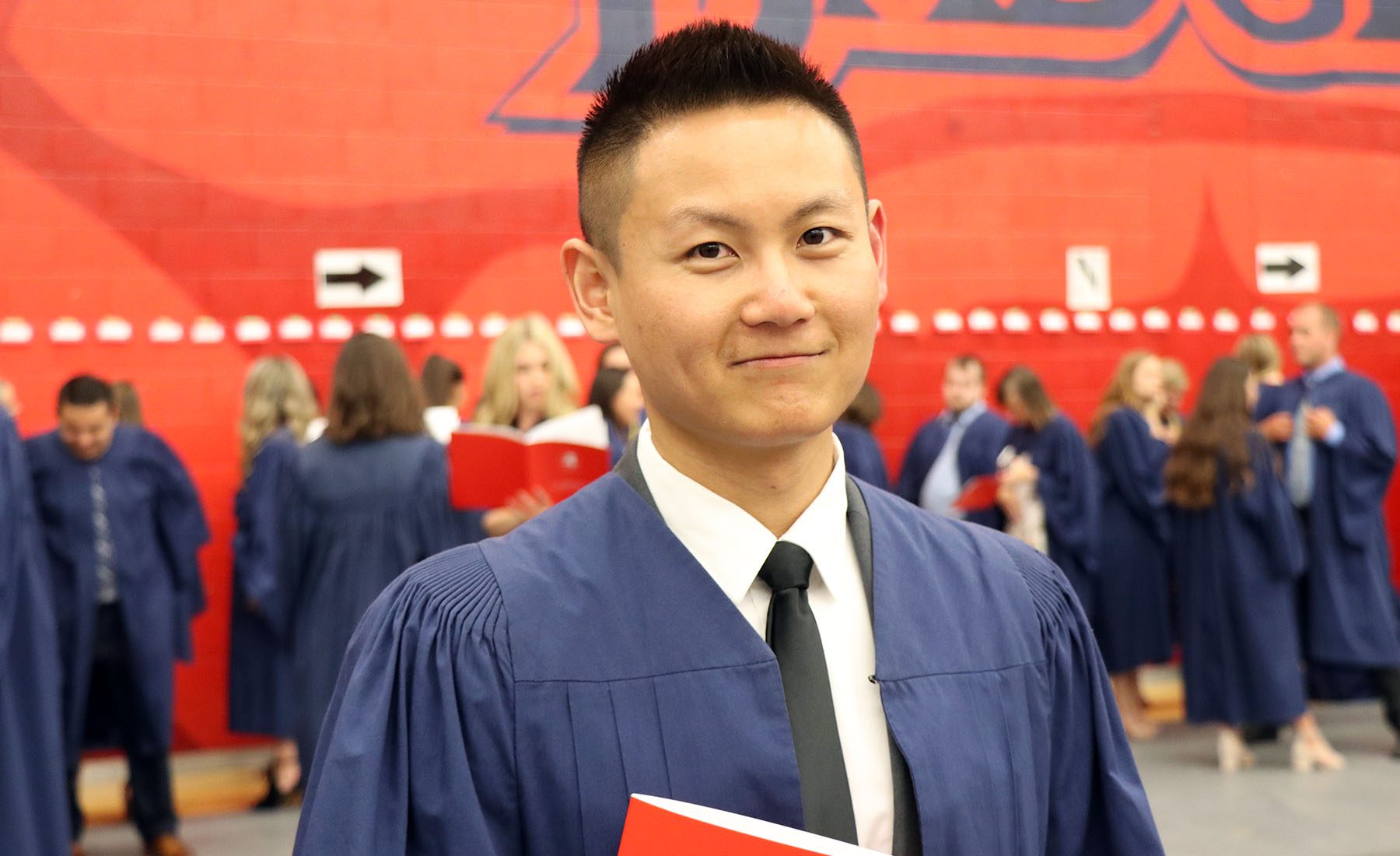 After studying biochemistry and psychology at the University of Toronto, Liu found himself uncertain of his next steps.

“I was profoundly lost after graduating from undergrad,” said Liu. “It took a while for me to step into the world and find my passion.”

Liu went on to join the Canadian Forces but realized during basic training that he was not heading in the right direction. After some reflection on his strengths and personality, he decided to explore teaching.

When an opportunity came up to teach in Shanghai, China, Liu took it and found his calling. “It was also an opportunity to give back to the country I was born in,” said Liu, who immigrated to Canada at the age of 9. His experiences moving to a new country have influenced him as a teacher.

After three years of teaching in China, Liu began to look at Canadian teacher education programs. Brock offered the program he was looking for and was close to his family in Toronto.

Now that he’s finishing the Consecutive Teacher Education program at Brock, Liu is setting new goals for himself. He plans to pursue additional qualifications to teach senior social science, biology and chemistry. He would also like to work in guidance and career counselling because of his own struggles to find direction after finishing his first degree.

Liu is grateful for the opportunity Brock has given him. “I’ll do my best to represent Brock when I’m out there.”