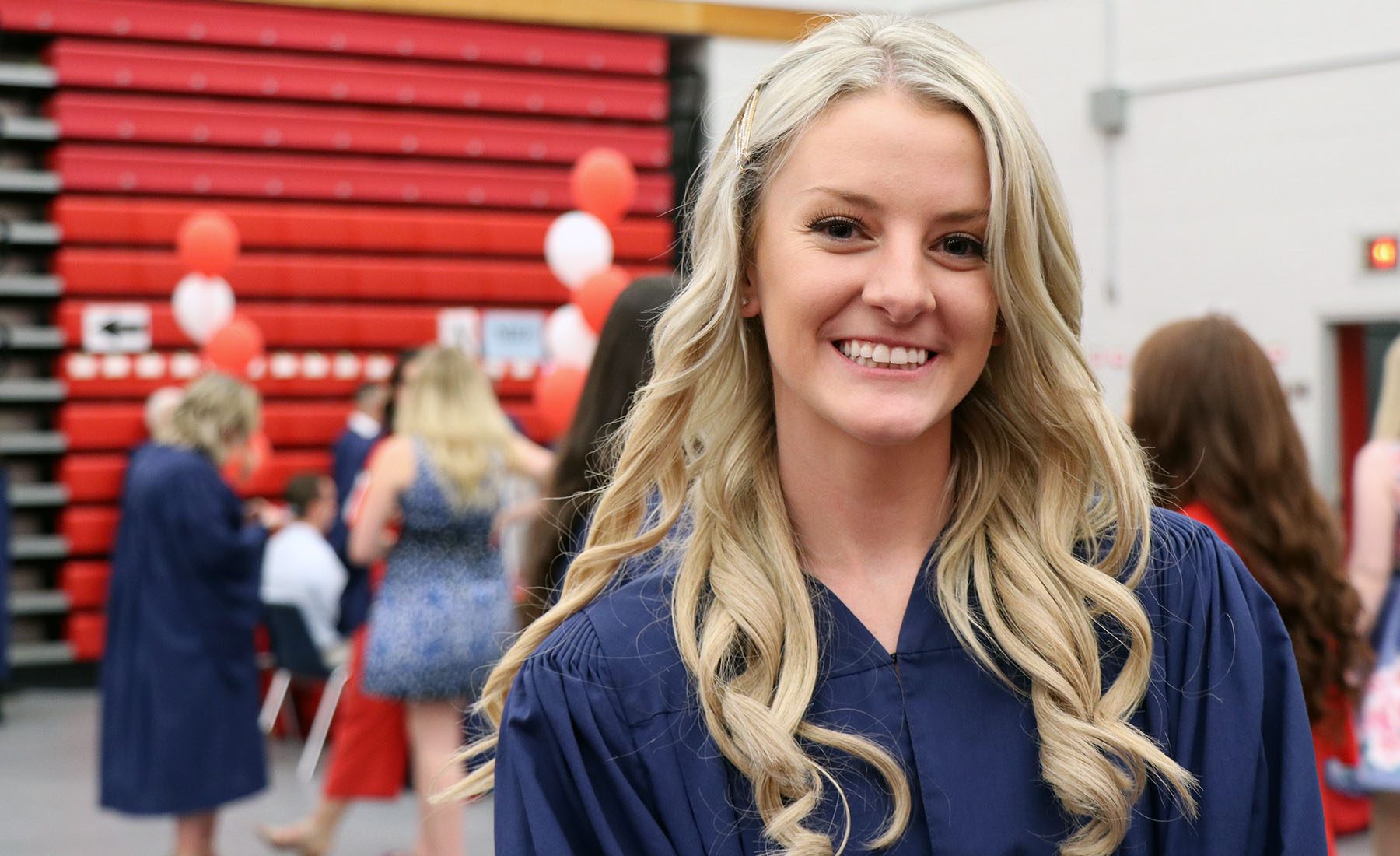 For Olivia Hodder, coming to Brock taught her as much about herself as it did about being a great educator.

“If I had to sum up my whole teaching experience it would be trying to solve some family history as well as trying to figure out who I am as a person and who I want to be as a teacher,” said Hodder, a Concurrent Teacher Education graduate.

Hodder’s family found out when she was 12 that her great-grandmother, Lucy Goosney, was Qalipu Mi’kmaq. Goosney had kept her heritage a secret all her life and it was only discovered after her death at 99 years of age. Hodder’s family has been trying to uncover her story ever since.

At Brock, discussions in a first-year Canadian Studies course ignited Hodder’s interest in her heritage. “This is something I am and wanted to learn more about it,” said Hodder. She has taken advantage of courses in Indigenous culture and history at Brock and has connected with Aboriginal Student Services on campus.

Learning more about her history, and her desire to honour her grandmother and great-grandmother, have shaped Hodder as teacher.

“It’s made its way into the way I facilitate my lessons,” said Hodder.

As well as the community Hodder found through her fellow teacher candidates and Aboriginal Student Services, Hodder developed a deep connection with her teammates on the Women’s Ice Hockey team.

The opportunity to play with the Brock team was one of the reasons she chose the University. After playing with the team for two years, Hodder had to step away so she could work.

Hockey has always been a part of Hodder’s life. She moved to Ontario at 14 years of age to play hockey at an elite boarding school. Hodder will be returning to her former school as a teacher after graduating from Brock. Eventually, she would like to pursue graduate education and a career as a principal.

Overall, Hodder feels prepared to take on her next chapter.

“I’m glad that I chose Brock, because I don’t think I would have had the same experience and had the same opportunities had I gone elsewhere.”