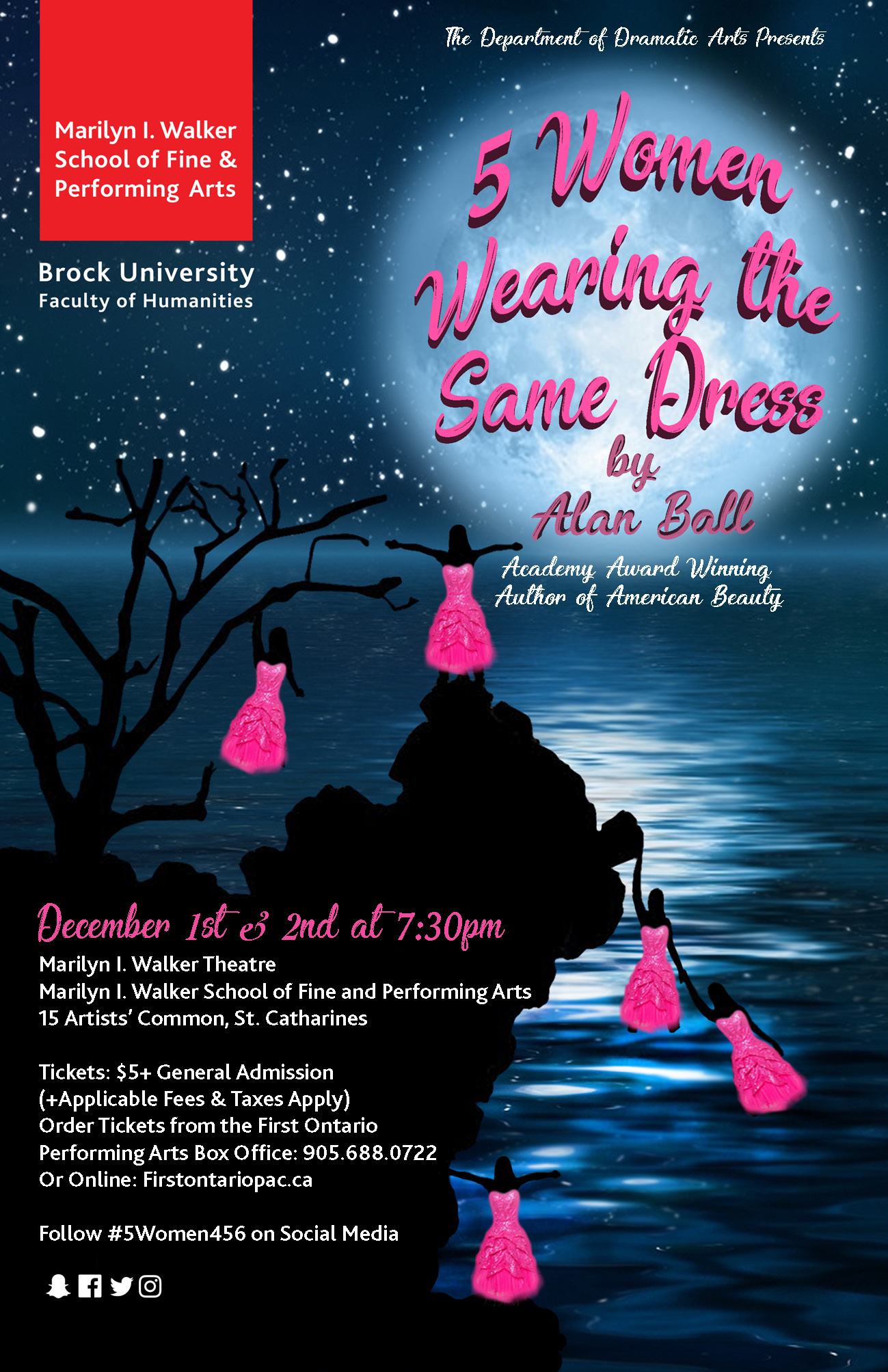 Skulking in her attic refuge, Meredith rebels. Frances prays. Mindy eats. Georgeanne lusts, and Trisha swears off romance forever– until Tripp, the wise-cracking usher turns her eye. Trouble lurks everywhere for these colourful and disorderly women, and as the music gets louder and things get rowdier, they must come together to figure out past burns and current conundrums. With a little booze, a little wisdom, and lot of crazy talk, they help one another navigate the storms of life.

You have never experienced a wedding party like this one!

Meredith Marlowe: The bride’s rebellious, pot-smoking younger sister who is very sarcastic and much annoyed with the whole fiasco downstairs. Sporting an outwardly tough attitude, she has a lot of insecurity to hide. Bridesmaid.
Georgeanne Darby: Tracy’s “ugly sidekick” in high school and college. Accepted the invite to be a bridesmaid even though her relationship with Tracy is strained because Tracy’s boyfriend had once got her pregnant. Bridesmaid.
Trisha: One of Tracy’s former friends with a supposed bad reputation; a jaded beauty. Bridesmaid.
Frances: The very naive and religious cousin of the bride. Bridesmaid.
Mindy McClure: The groom’s clumsy and outspoken lesbian sister. Bridesmaid.
Tripp Davenport (Griffen Lyle Davenport the Third): An usher who falls for Trisha.

Tickets: $7†; $5† child (14 and under); $5† eyeGo program. Free admission to current students of the MIWSFPA with valid student ID card. † Applicable fees and taxes are extra. ONLY 100 SEATS AVAILABLE for each performance, don’t delay.