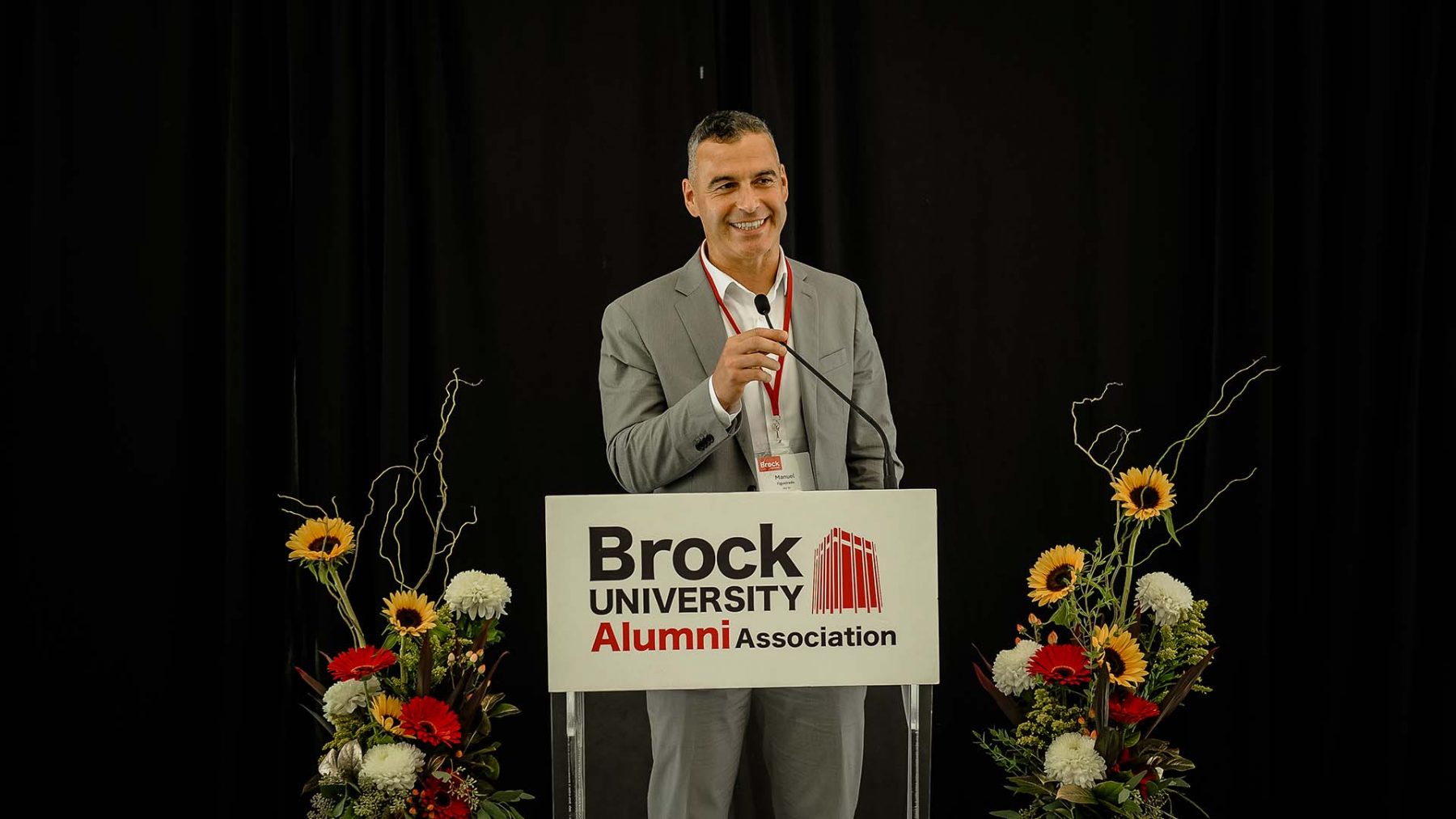 For 24 years Manny Figueiredo (MEd ’01) has made significant contributions to publicly-funded education in Ontario.

“I am humbled and grateful to be honoured with this award on behalf of my family, public education, and my community,” said Figueiredo. 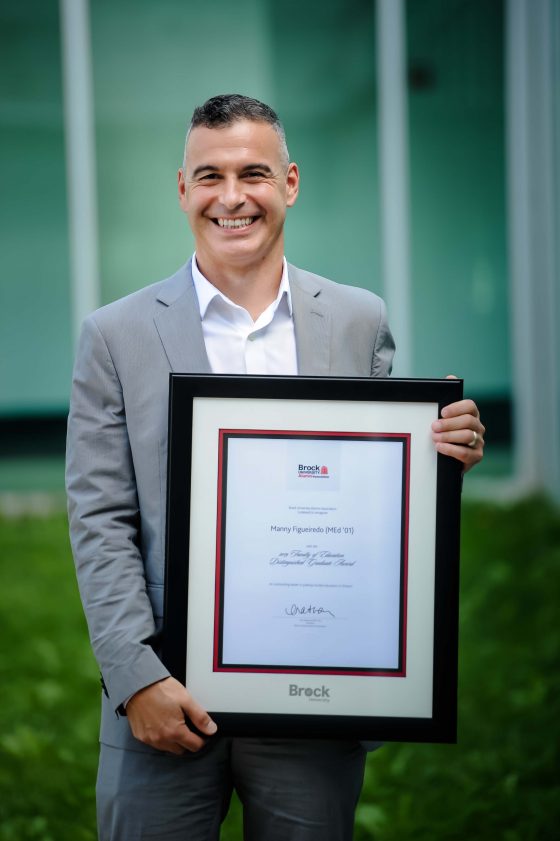 Figueiredo’s career has taken him from the classroom to administrative roles and he now serves as the Director of Education with the Hamilton-Wentworth District School Board (HWDSB).

In each role, Figueiredo has been steadfast in his dedication to improving outcomes for students, whether that’s spearheading efforts to improve literacy rates at a local school, coaching a girls’ basketball team to two championship victories or piloting a large board through complex change.

Figueiredo started his Master of Education (MEd) at Brock in 1997. He chose Brock because of the option to focus his studies on leadership and the flexibility it offered him as a full-time teacher working in Cambridge.

“I actually enjoyed doing it as a mature student working and doing it part-time because you were bringing relevant experiences,” said Figueiredo of his Brock experience.

Over the next four years, Figueiredo continued to study part-time while getting married, buying  his first home and celebrating the birth of his first child. His second child was born just days after he graduated from the program in 2001.

“The Brock program actually was instrumental in helping me take that next step in my career,” said Figueiredo.

Figueiredo then spent a total of six years as a superintendent, both with the HWDSB and the WCDSB, before moving into his current role in 2015.

The lessons learned at Brock continue to shape Figueiredo’s work today, particularly when it comes to effective facilitation and managing change in an organization as large and complex as the HWDSB.

“In this current role, I’ve realized you’re not just the leader of the school board, you’re a leader within the broader community to support outcomes for all,” said Figueiredo of the impact HWDSB schools have on local families.

“His focus is on student and student learning first. Manny promotes ways to improve academic, social-emotion, physical and civic learning outcomes for student,” said Michael Owen, Dean of the Faculty of Education. “We are proud to have been a part of his growth as an educator and administrator.”

Even though he has achieved remarkable success in his field, Figueiredo hasn’t forgotten the stories of his mother and father, who immigrated to Canada to escape extreme poverty. His parents did not have the chance to pursue their educations beyond grade 3.

Figueiredo’s family history has made him deeply aware that each HWDSB student comes to school with unique challenges. His approach to his work is grounded in the belief that we have a responsibility to use our privilege to create opportunities for others.

“Sometimes having the right opportunity is the only difference between someone succeeding and someone not succeeding.” 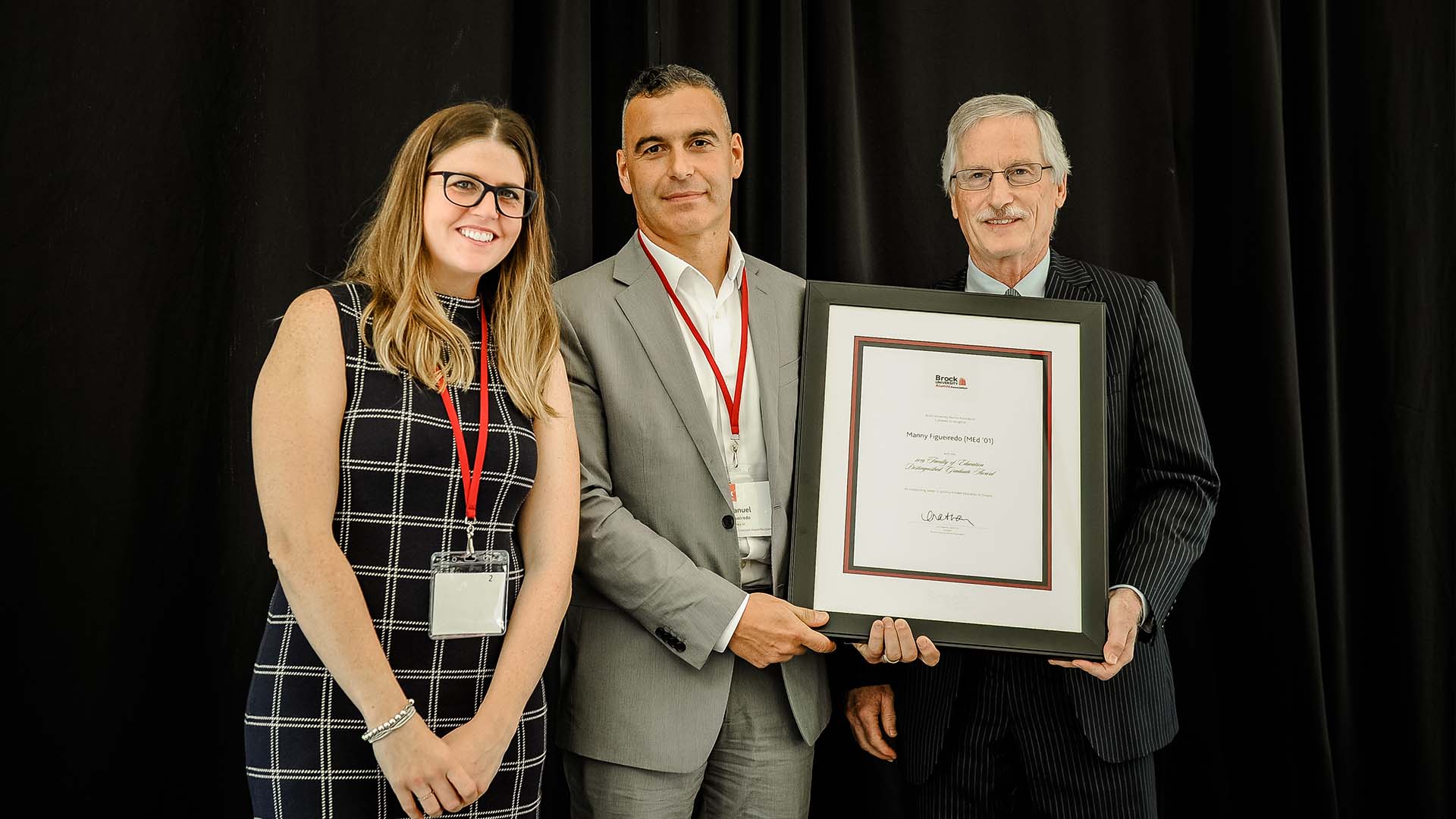