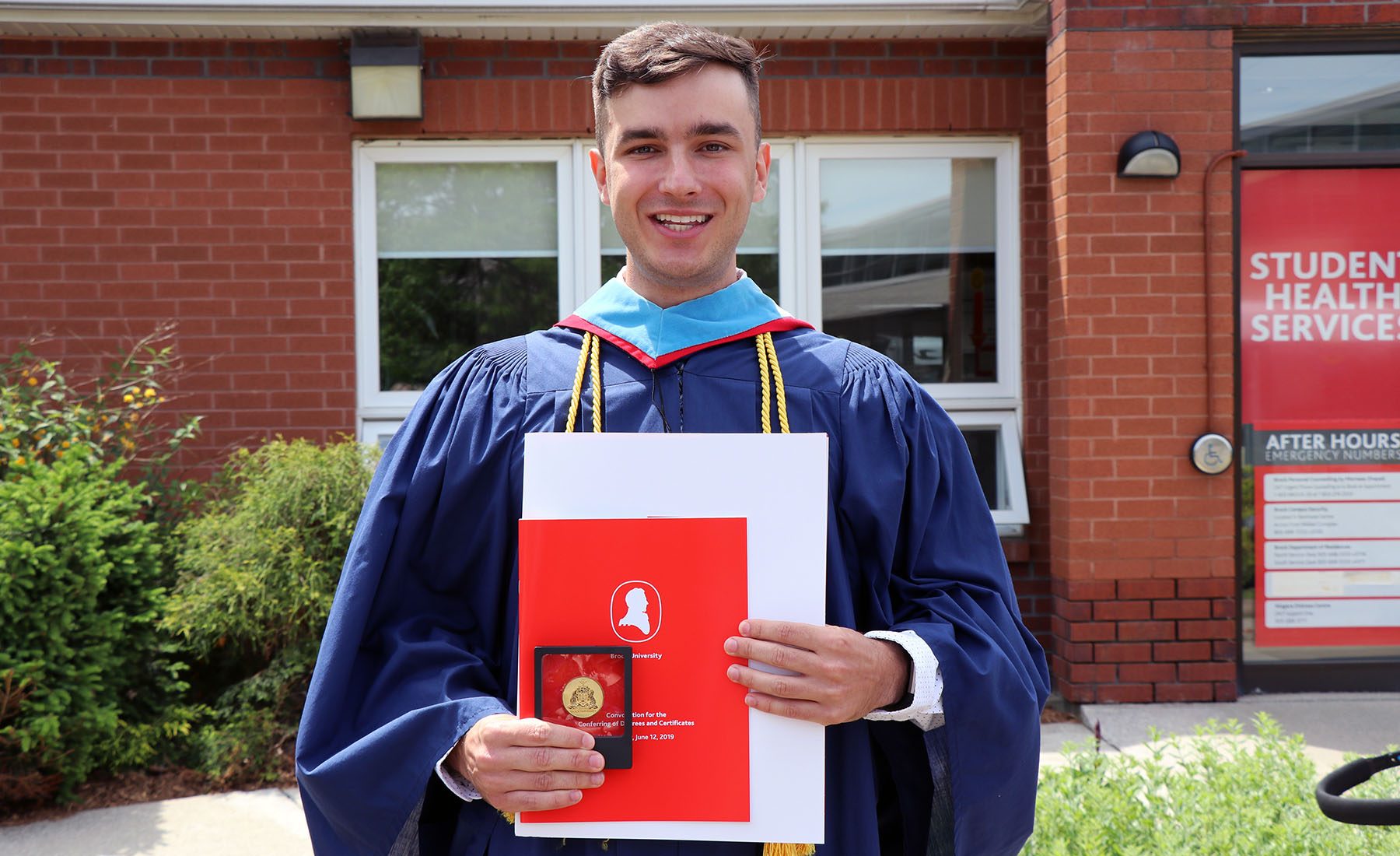 Richard Armacinski’s years of hard work and dedication were rewarded on June 12, 2019, when he won the Dean’s Medal for Education and the Distinguished Graduating Student Award – Concurrent Intermediate/Senior at the Faculty of Education’s Convocation ceremonies.

The Dean’s Medal is awarded to the graduate in each Faculty with the highest standing for a first honours degree and a first pass degree. Armacinski was also the recipient of the Don Galbraith Preservice Teacher Award of Excellence and the Alpha Delta Kappa International Award.

“It is an honour, and I am so humbled to have received this award,” said Armacinski of winning the Dean’s Medal.

“This success is not only mine, however. Without the guidance of my parents, family, friends and professors I would not be the person I am today.”

Armacinski, who graduated from the Concurrent Teacher Education program, wasn’t always sure teaching was the right path for him. His mom worked as a Public Health Nurse in schools and inspired him with stories about teachers making a difference in the lives of students.

“I came to realize that teaching was not a profession, rather a vocation and a calling to work with students in a capacity that will assist them to make solid life decisions, whereby they want to learn and come to school and utilize their gifts to their potential,” said Armacinski.

With an older brother who had also attended Brock, Armacinski was familiar with the University’s community and scenic location as well as the opportunities offered to students.

“I chose Brock for many reasons,” said Armacinski. “The Concurrent Education program has a reputation unlike any other university. The program provides students with great experiential learning where they can put theory into practice.”

During his time as a Concurrent Teacher Education student, Armacinski was able to build lifelong friendships with his classmates in his two faculties. He also appreciated opportunities to get to know professors within small classes.

“Everyone was always so welcoming and there was always an opportunity to ask for clarification and guidance when need be.”

This support has been critical to Armacinski’s academic success. Achieving his academic goals meant many late nights working on assignments and studying on his own or with classmates.

“I was very lucky to have a strong foundation set with a solid group of like-minded friends to get me through my challenges.”

His dedication extended beyond the classroom as he balanced working and volunteering. Armacinski took part in the French Club at Brock and played intramural soccer. He also volunteered with the Brock Niagara French Contest and Niagara Regional Science and Engineering Fair.

Armacinski will be returning to Brock in September to pursue a Master of Education (MEd) specializing in Administration and Leadership in Education.