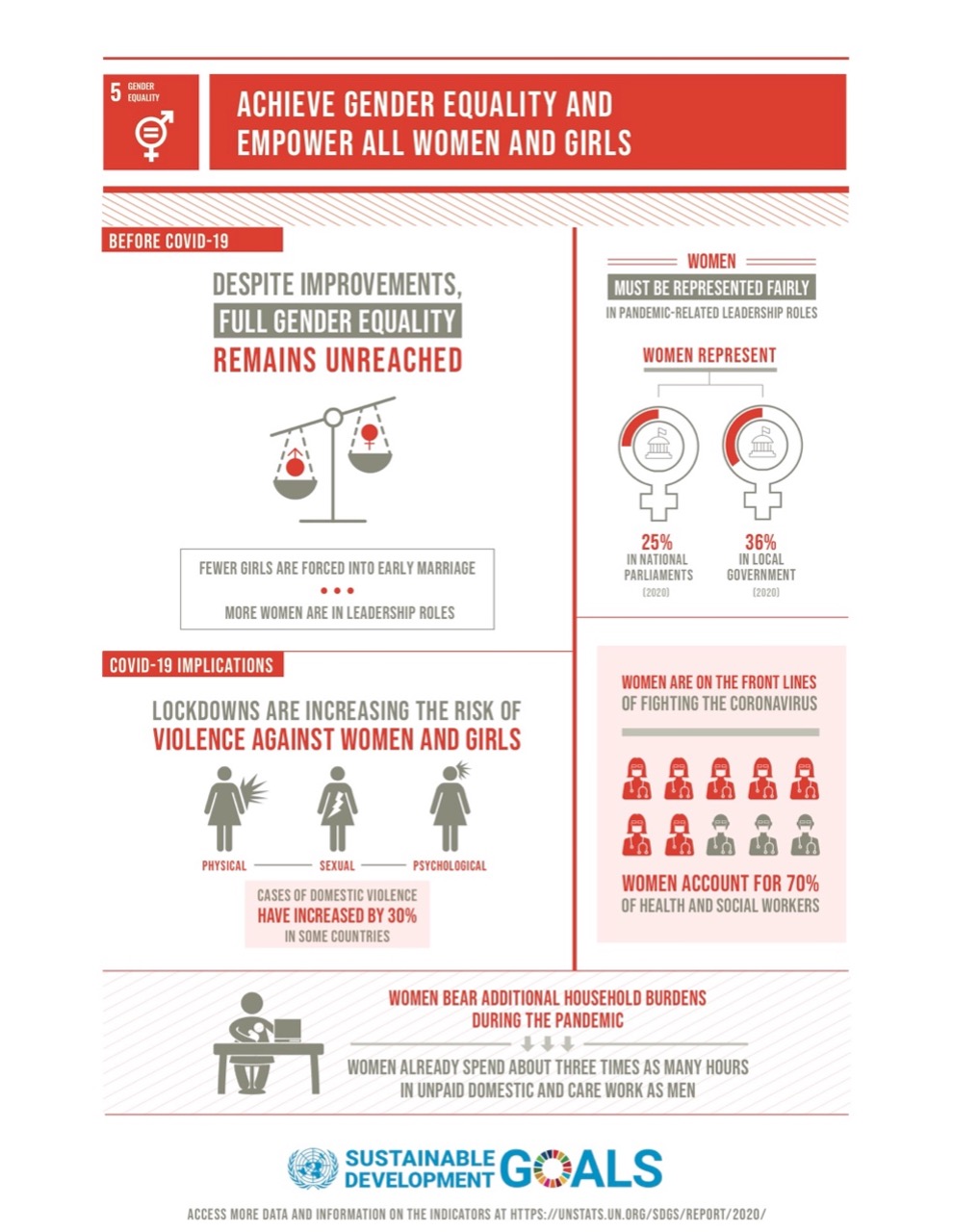 Goal number 5 of the Sustainable Development Goals (SDGs) is focused on gender equality and empowering women and girls. However, we can see the theme of gender equality riddled throughout many of the SDGs, highlighting how important equality is for achieving the goals.

There have been improvements in recent years, like the fact that fewer girls are forced into early marriage and more women are in leadership roles. However, despite those improvements, equality still remains unreached throughout the globe. In 2020, women still only represented 25% of national parliaments and 39% of local government roles, despite the fact that women are disproportionately on the front lines of one of the largest global crises in recent times – COVID-19. In fact, recent surveys have found that women account for 70% of all health and social workers globally, demonstrating the importance of women in fighting crises (United Nations, 2020).

Aside from front line workers, COVID-19 has negatively impacted a large number of women, mainly by increasing vulnerability and household burdens. Lockdowns have increased the risk of violence against women and girls, with some countries reporting up to a 30% increase in cases of domestic violence. 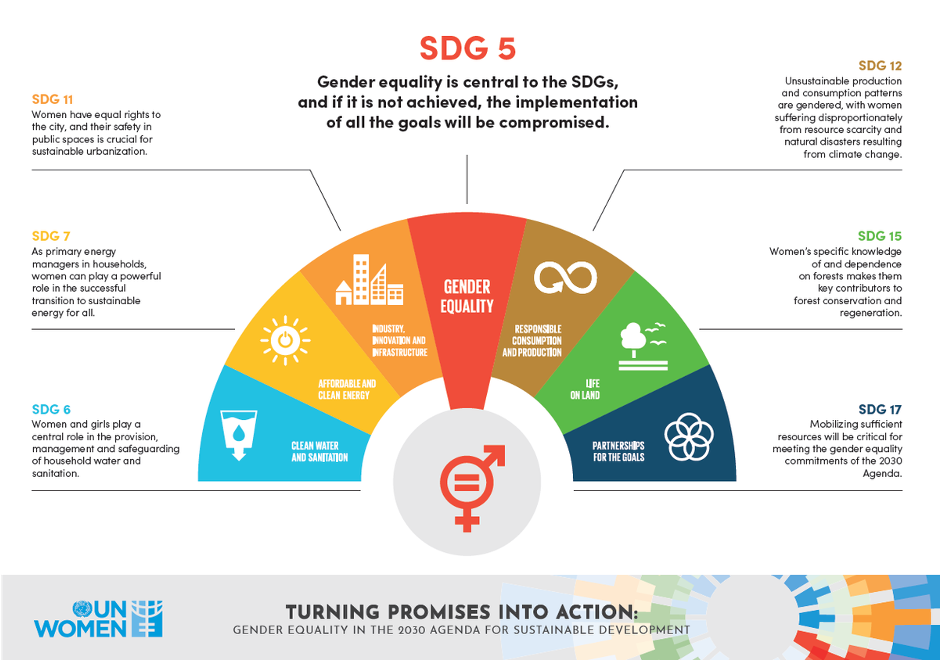 Goal 5 focuses on aspects such as ensuring women’s political leadership, and reproductive health rights, as well as eliminating violence, trafficking, and discrimination. However, we see gender equality in a number of the goals such as No Poverty, Zero Hunger, Health and Wellbeing, Clean Water, Education, and Economic Growth.

When looking at economic growth, factors such as pay gaps can have large impacts on gender equality and the economy. Research from 2017 revealed a 19% gender pay gap globally, which has far reaching economic impacts. Research has shown that closing this pay gap can have a multitude of benefits. On one hand, closing the gap could cut the poverty rate of working women in half. Others have estimated that equal pay would boost women’s earnings in developing countries by $2 trillion. Beyond raising wages, increasing female economic participation can have massive benefits, with estimates stating that if an equal number of men and women were in the job force, GDP could increase by 5% in the US, 9% in Japan, and 27% in India (Schulze, 2018). With COVID-19 pushing the world into the worst economic crisis since the Great Depression, integrating more women into the workforce and reducing pay gaps can be a vital tool in post-COVID recovery.

Further, we can again see how interconnected the SDGs are when we look at the role education has to play in achieving these economic goals for women. In 2018, two thirds of the 773 million illiterate adults were women, with the majority of them residing in low-income countries. Young women in developing countries still face massive barriers towards education, including menstruation, social pressures to engage in family care over education, violence, child marriage and early pregnancy (Gender Inequality Is Keeping Girls Out of School, 2017). All of these barriers, and more, continue to keep girls from pursuing education.

When looking at Goal 1 for no poverty it is obvious how many of these factors affecting women contribute to global poverty. For example, we know educating women is one of the most effective things we can do to reduce global poverty. The economic theory of fertility suggests that more educated women are better able to support themselves and have more bargaining power, including choices such as family sizes. Studies have also shown that increasing female education significantly reduces the number of children born per woman (Ali & Gurmu, 2018).

Overall, while Gender Equality is its own goal, we can see just how essential achieving gender equality is for so many of the SDGs through research showing how beneficial reducing things such as the pay gap and increasing female education can be for the entire globe on multiple scales and with several impacts.