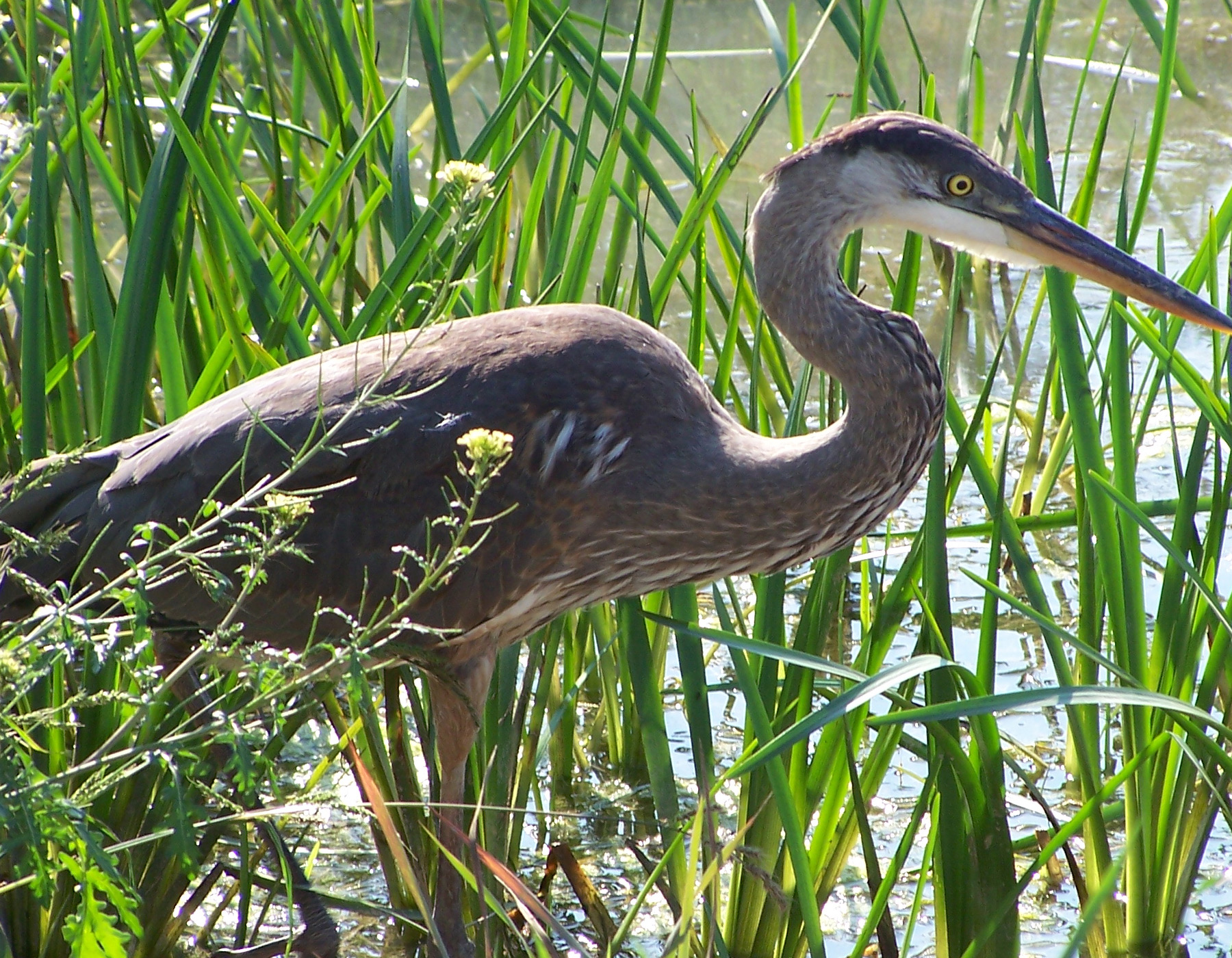 The Great Blue Heron is one of the many diverse species that rely on Niagara’s wetlands for survival.

Access to clean, healthy water is critical for life. With more surface water than any other country in the world, Canada is also home to 25 per cent of the world’s wetlands. Canadian wetlands include fresh and saltwater marshes, wooded swamps, bogs, seasonally flooded forest, sloughs and any land area that can hold water long enough to let wetland plants and soils develop.

Wetland ecosystems are important to the social, economic and ecological health of Canadians, providing a wide range of leisure opportunities including fishing, hunting, boating, and swimming; purifying and filtering nutrients, sediments and other pollutants from surface water; and protecting the country’s drinking water systems.

Often referred to as vital lifelines of nature, wetlands provide links between water and land habitats, making them one of the world’s most productive and biologically diverse ecosystems.

Wetlands support over 100,000 freshwater species globally, providing food and habitat for a large variety of species — including humans. Rice — the most important source of nutrition of nearly half of all human-kind — is grown in wetland complexes, for example. Not only that, but most commercial fisheries depend on wetlands for part of their lifecycle, with fish providing almost half of the world’s population with a significant portion of their nutritional protein needs.

Habitat loss and degradation are recognized as the single greatest threats to plants and animals (biodiversity) in Canada. Despite the important contributions that wetlands provide, over 87 per cent of our global wetlands have been lost, primarily to land conversion, invasive species and climate change. A quarter of all wetlands in Canada are found in Ontario, and Southern Ontario has lost over 90 per cent of its original wetlands due to urbanization (housing and businesses) and, to a lesser degree, agriculture.

People and nature have co-existed for thousands of years and now, more than ever, people are understanding the role that nature plays in both mental and physical health and well-being. Residents of the Niagara Peninsula are incredibly fortunate as this region has highest diversity of plants and animal species in all of Canada. In fact, the Niagara Region is one of the most biologically diverse life zones in all of North America. Its local climate is moderated by the Great Lakes and the Niagara Escarpment, which supports the existence of plants and animal species that are not found anywhere else in Canada. An example is the ancient white cedars, which can only be found within the Niagara River gorge and along parts of the Niagara Escarpment. Many of these species, such as the endangered Northern Dusky Salamander, are dependent on wetlands for survival. Ensuring the sustainability of wetland ecosystems is therefore of great concern — not only for the species they contain, but also for the well-being of the humans that cohabitate these regions.

The researchers involved with the MEOPAR project are working to raise awareness about the impacts of climate change and how communities can effectively adapt, and increase resilience, to these changes. Follow along with our blog every week (written by researchers Liette Vasseur, Meredith DeCock, Bradley May, Pulkit Garg and Sam Gauthier). Visit our website at brocku.ca/unesco-chair or email meopar-lincoln@brocku.ca.