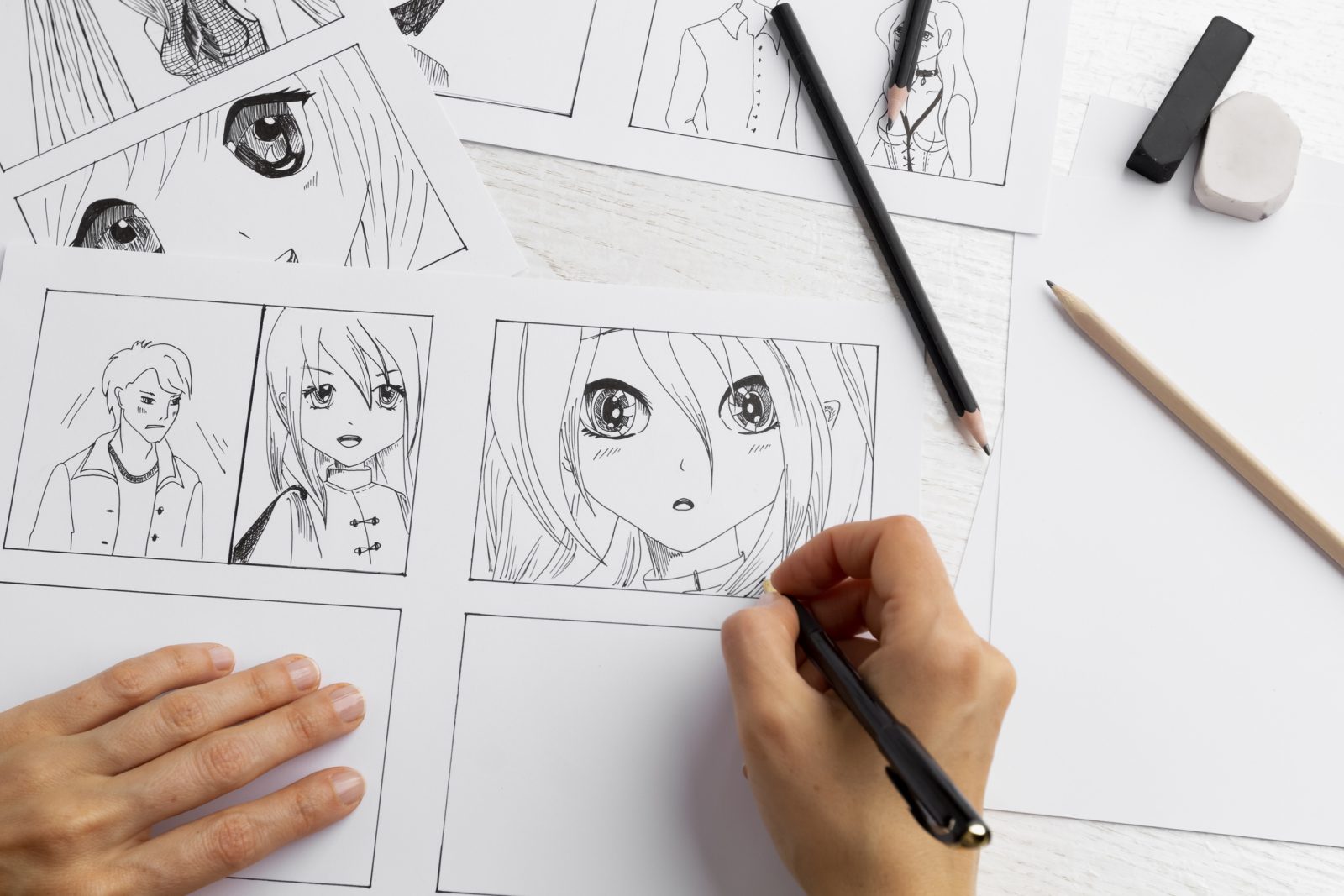 At first glance, most people would be hard-pressed to find the link between ancient political theory and anime.

But Associate Professor of Political Science Stefan Dolgert successfully used the connection, which is more prominent than it appears, to engage students in his Ancient Political Theory course this winter.

After polling his students, Dolgert used the popular anime series, Attack on Titan, to frame the course and provide modern context.

“People are writing great tragedies all the time and producing serious, political art,” says Dolgert, who has previously taught ancient politics using the hit series The Wire, hip hop albums and kung fu. “What I try and do is have a dialogue between an ancient or classical text and something that’s happening in the present.”

Robyn Cumiskey, a fourth-year Political Science student with a minor in Sociology, had never watched anime before the course.

“Learning about tragedy through anime was definitely not something I ever thought I would engage with during my undergrad, but it has shown me how relevant ancient texts and the storylines and tropes they depicted remain today,” she says. “A show that requires viewers to question their understanding of humanity, morality and tragedy provokes important questions about how current global society functions, the inequalities and violence it perpetuates and the tragic nature of such.”

The course paired six Greek tragedies with episodes from Attack on Titan, along with secondary literature on the elements of tragedy and the context of anime. To bring the animation side of things to life, Dolgert reached out to two industry experts.

Animator Denise Rashidi worked on the most recent season of Attack on Titan. She says that when she learned about the premise of the class, she thought it was “a fantastic idea.”

“I love the fact that such great and relevant anime storylines are integrated into their class,” says Rashidi, who joined the class virtually from Germany.

“I was surprised to hear how many detailed technical questions they asked, whether it was about the animation process itself, little details they noticed within some of the anime they watched or in regards to my own work process,” she says. “Overall, it was super fun and enjoyable for me to answer their questions, as they seemed genuinely interested and passionate about anime. I had the impression that some of them went out of it feeling more motivated about their own career paths, which is great.”

Darin Bristow, Supervising Producer at Pipeline Studios in Hamilton, was also surprised at the sophistication and knowledge behind the students’ questions.

“Most of the conversation came down to what happens behind the curtain as you’re creating or adapting a production,” he says. “Because of the level of insight the students had into how animation gets produced, I spent a lot of time answering nitty-gritty questions about how shows get financed and the brand components that go into launching a series, which was great.”

Bristow adds that he enjoyed the conversation and hopes it will continue in the future. “I felt like in many ways we were just getting started and we ran out of time, even though we went for an hour and a half,” he says.

Cumiskey found the guest speakers both informative and encouraging.

“They each provided insight into the intensive labour that goes into the entertainment we consume, which again demonstrated to me the importance of such media for supporting civic engagement and consciousness,” she says. “These speakers were essentially performing the same work as ancient Greek tragedians, producing work that allows individuals to engage with and question their understanding of humanity.”

Students also explored the connections between ancient texts and anime on dedicated TikTok and Twitter accounts.

“Because the airing of this final season of Attack on Titan was a big cultural event for a large fan base, I thought it would be great to be able to actually interact in real time as a class with the cultural conversation around that,” says Dolgert.

Some content generated by the class, including Cumiskey’s thoughtful tweet thread about the tragic character of Levi Ackerman, was shared and liked far beyond the class audience.

“It’s important that these cultural artifacts that are the apex of the humanities help us have conversations about the human experience,” says Dolgert. “Similarly, work like Attack on Titan prompts viewers to have thoughtful conversations about their lives and experiences and also about big existential and political questions around things like the relationship between vengeance and justice, which is, with Russia’s attack on Ukraine, certainly very topical.”