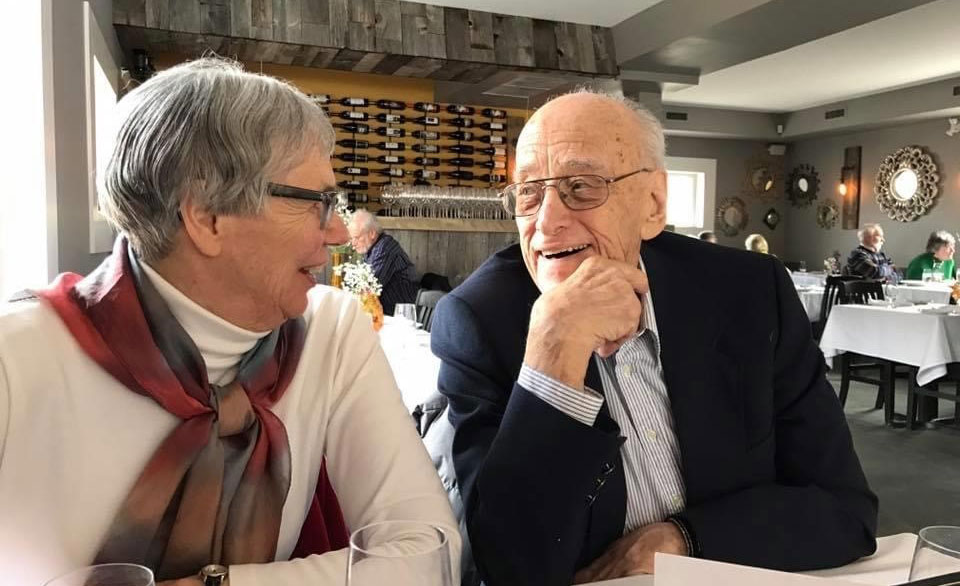 Fred Kingsley was a long-time supporter of Brock University and the role post-secondary education played in the growth and success of the Niagara region that he loved. Kingsley met his wife Judy during his time as a reporter, columnist, and editor at the St. Catharines Standard, where he worked for nearly four decades.

In the early years of development for the University, Kingsley and colleagues at the Standard led the “Mile of Quarters” initiative, collecting quarters until a row of them stretched from the front desk to the newsroom and back again. The quarters were then donated towards the initial funding of Brock in 1964.

Reflecting on her late husband’s excitement towards the efforts, Judy shared, “It was a big deal. We didn’t have a university in St. Catharines and many of us, Fred especially, believed the region deserved one.”

From the initial years, the couple followed the evolution of the University and the growing impact it had on the region. Judy shared they were “absolutely fascinated” by the level of education available in their hometown.

Following Kingsley’s passing in 2020, Judy and their children chose to donate a generous gift to Brock in support of student success and resources in his honour.

“Everything about Brock has served so much good in our lives,” said Judy. “Fred would be pleased to know this gift was made in his memory to establish a good on-campus experience for students.”