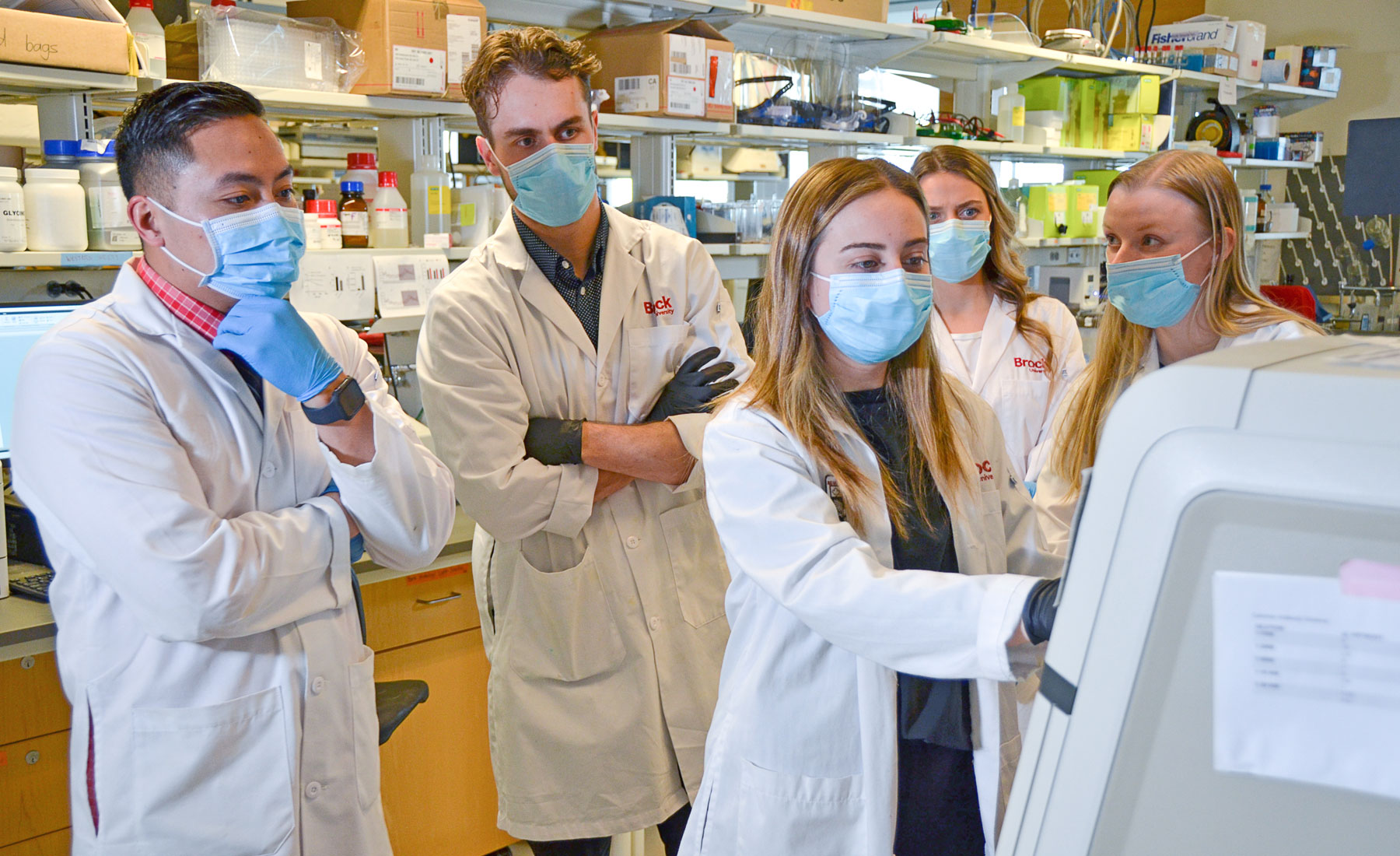 “Being a CRC has benefited my career in a number of ways,” she says. “This position earns you a certain amount of respect, since people know it’s an honour to be nominated for a CRC position.”

Campbell is one of 10 CRCs at Brock and among nearly 2,000 across the country.

The Canadian government created the Canada Research Chairs program 22 years ago to put Canada on the world’s research and development map.

Assistant Professor of Kinesiology Val Fajardo, who is a Tier 2 CRC in Tissue Plasticity and Remodelling, says the program enables him to pursue new and exciting research in aging, spaceflight, obesity and muscle disease.

“It provides me with more time to devote to my research, mentorship, training and establishment of national and international collaborations as well as pursuing knowledge translation activities,” he says.

The federal government uses a formula to determine the number of CRCs each degree-granting institution receives. Brock has 14 CRC allocations, 10 of which were active in mid-June with more to be filled.

It’s up to the institution to decide the research areas and descriptions for the allocated CRCs as well as recruitment policies and procedures that meet national requirements.

Associate Vice-President, Research Michelle McGinn says Brock is committed to supporting Indigenous research by creating a Tier 2 CRC in Indigenous Child and Youth Wellbeing, expected to be operational next year.

The CRC program requires institutions to implement Equity, Diversity and Inclusion policies that address barriers faced by groups historically marginalized, including women, Indigenous peoples, members of visible minorities, people with disabilities, and LGBTQ2+ persons. This includes ensuring individuals from these groups are nominated as CRCs.