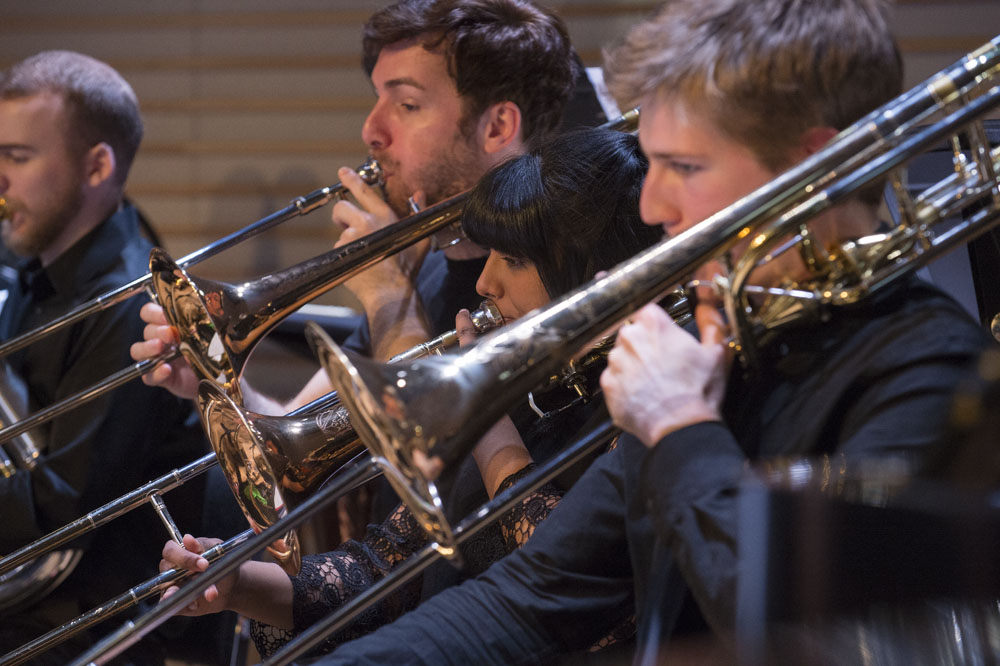 Plato states, “Music gives a soul to the universe, wings to the mind, flight to the imagination and life to everything.” On Tuesday, April 4, 2017 at 7:30 pm, join us as the Brock University Wind Ensemble explores their full breadth of repertoire with music that will move your soul.

Under the baton of conductor Zoltan Kalman, the University Wind Ensemble features the talents of 60 musicians drawn from Brock University, elementary, and high schools within the Niagara Region and the broader music community. This concert also includes musicians from Burlington’s Symphony on the Bay: Peter Macdonald, Mary-Anne Pearson, David Pearson, and Graham Young.  As well as Patrick Beard from the Niagara Symphony.

Zoltan Kalman states: “Our concert features a captivating mix of classical, romantic and easy listening works that will highlight the brilliance and versatility of the Brock University Wind Ensemble. From the amazing love story of “Romeo and Juliet” to the high energy “A Weekend in New York” this evening aims to capture the celebration of love, power and passion.”

The Department of Music is a key part of the Marilyn I. Walker School of Fine and Performing Arts’ mandate in building connections between the community and the breadth of talent and creativity at Brock University.

Experience “Music for the Soul” on Tuesday, April 4th at 7:30 pm, held in Partridge Hall at the FirstOntario Performing Arts Centre. Tickets are $10† general admission; $5† child (14 and under); $5† eyeGo high school program (†applicable fees and taxes are extra). Current students of the MIWSFPA may each redeem a complimentary ticket with valid ID.