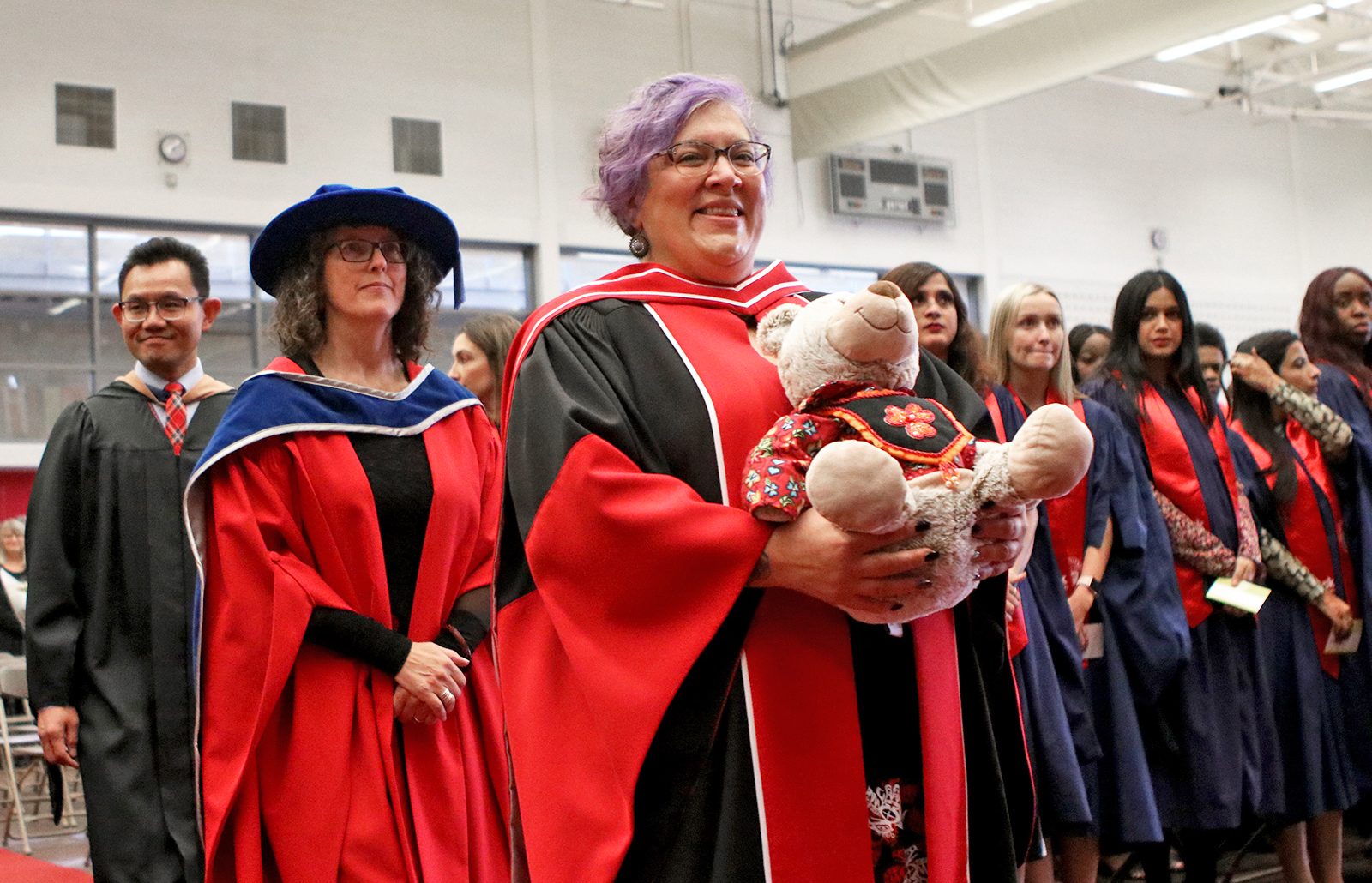 Along with hundreds of graduates and graduands attending ceremonies at Brock this week, the University’s Spirit Bear, Entiohahathé’te, was also visiting the Convocation stage for the first time. 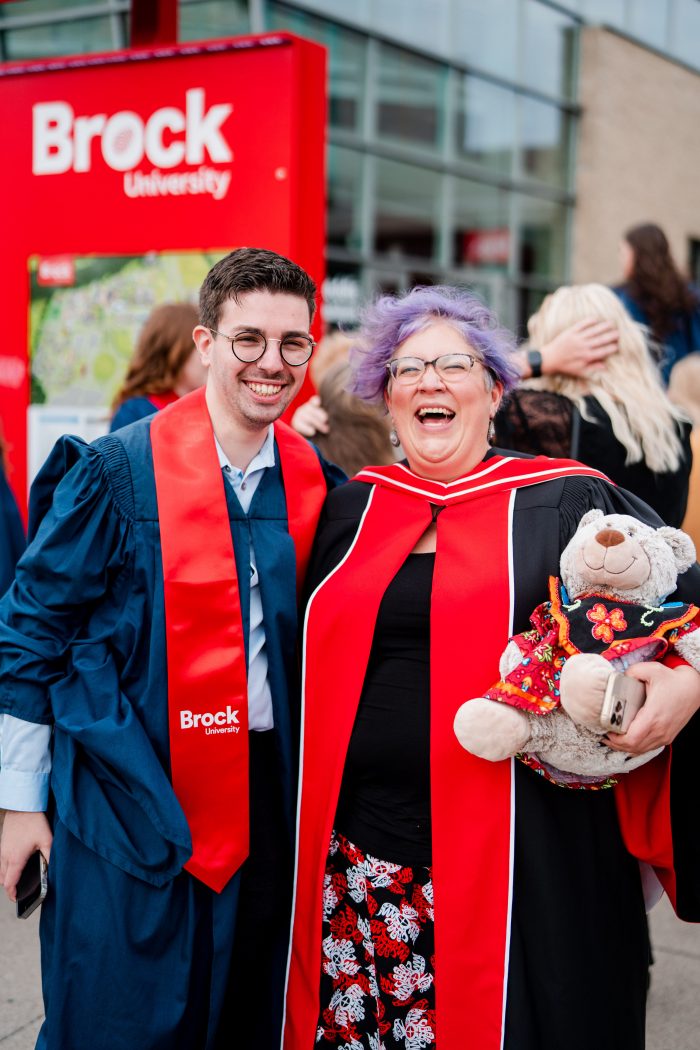 Entiohahathé’te  — a Kanien’keha (Mohawk) name that means “the path will be bright,” — can be seen seated on the lap of Brock’s Acting Vice-Provost, Indigenous Engagement Robyn Bourgeois during each ceremony this week. The Spirit Bear is part of the Reconciliation Ambearrister program, an initiative and resource created by the First Nations Child and Family Caring Society to address inequalities of Indigenous children, youth and families.

Bourgeois said the bear’s presence at events like Convocation is a symbolic and encouraging reminder of further efforts of decolonization and reconciliation at the University and beyond.

“It’s a reminder of our commitment to do better for Indigenous Peoples at our University and in the wider community,” she said. “We hope that graduates will reflect on the meaning of Entiohahathé’te’s name, and courageously go forward to make a difference in the world.”

Brock’s Spirit Bear project began with an invitation from Cindy Blackstock, the First Nations Child and Family Caring Society’s Executive Director and a renowned activist for Indigenous children’s rights, during a 2020 colloquium hosted by Child and Youth Studies graduate students. Since that time, Entiohahathé’te was formally named as part of Brock’s first-ever Indigenous Research Grant project, and also received women’s and men’s sets of traditional regalia, which the bear will alternate wearing each day throughout Convocation.

Additional information about Entiohahathé’te can be found on the Office of the Vice-Provost, Indigenous Engagement website.