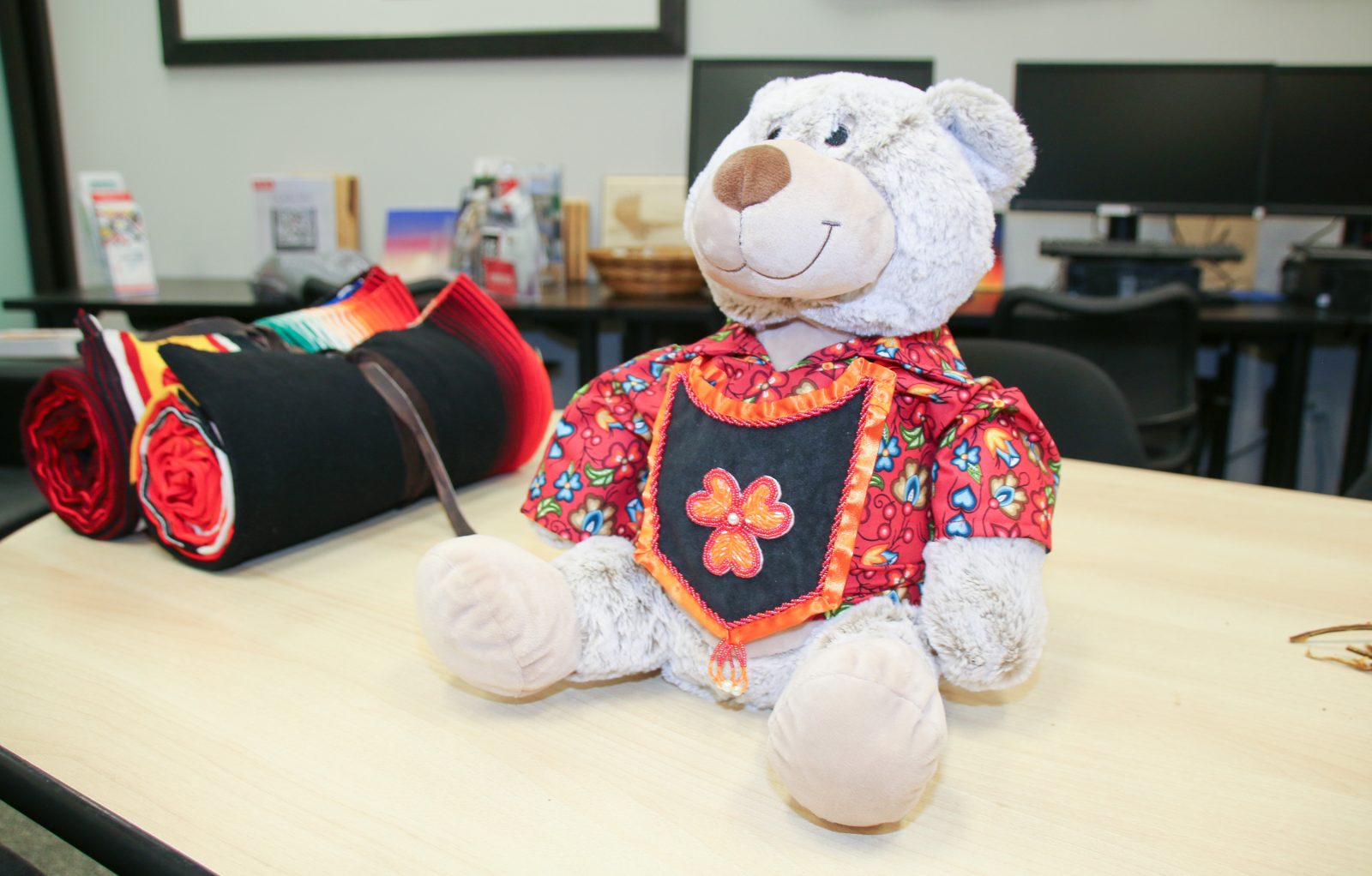 Brock’s Reconciliation Ambearrister, meant to help further efforts of decolonization and reconciliation at the University, has received new traditional regalia as the next step in welcoming the Spirit Bear to the campus community.

The Spirit Bear’s name, Entiohahathé’te — a Kanien’keha (Mohawk) name that means “the path will be bright” — was revealed in April and reflects the bear’s role at Brock.

“The Spirit Bear actualizes our strategic commitment to reconciliation, decolonization and Indigenization, grounding our actions in support of existing and future generations of Indigenous children,” said Robyn Bourgeois, Acting Vice-Provost, Indigenous Engagement. “Through honouring our commitments to the Spirit Bear, we are walking our talk.”

Organizations that participate in the Reconciliation Ambearrister program must uphold several responsibilities, including dressing their Ambearrister in the traditional regalia of the local Indigenous people. 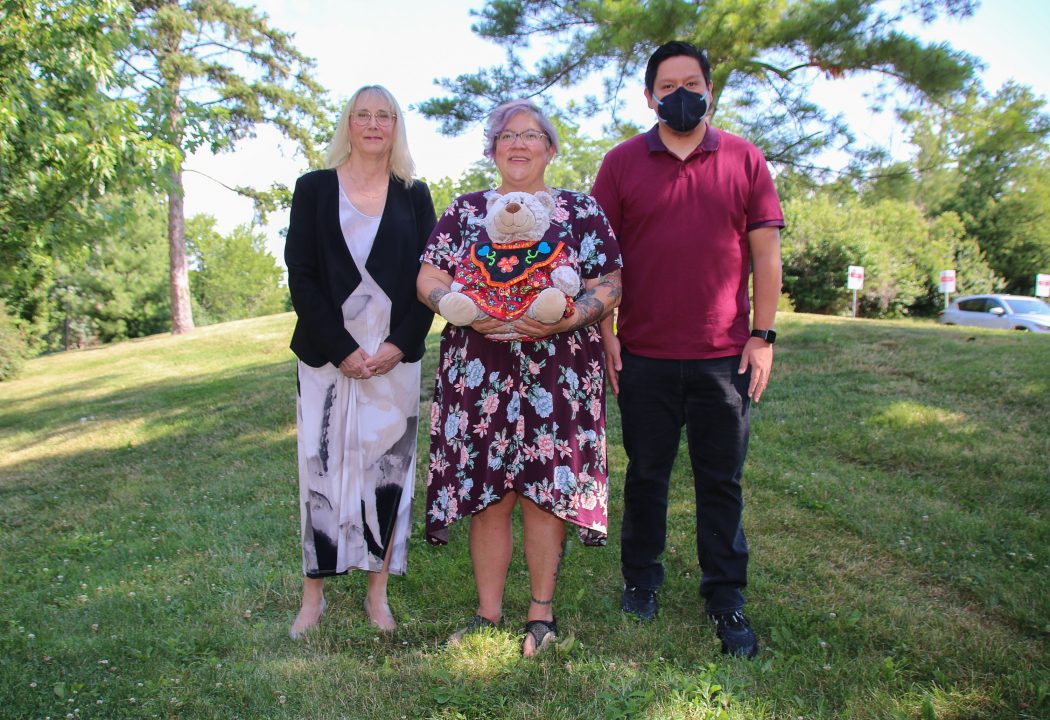 Cheyanne Doxtador, a member of the Six Nations of the Grand River Territory community who has taught courses in Brock’s Faculty of Education in the past, designed and made Entiohahathé’te’s traditional regalia by hand.

Two prominent colours — orange and red — in Entiohahathé’te’s regalia hold great significance. The use of orange is a reminder of the effects of residential schools in Canada, while the use of red recognizes missing and murdered Indigenous women and girls.

Entiohahathé’te also has both women’s and men’s sets of traditional regalia.

“This earmarks that Entiohahathe’te embodies both energies: feminine and masculine,” said Stanley ‘Bobby’ Henry, Assistant Professor in the Faculty of Education. “It represents a resurgence of Indigenous understanding of gender and the shift is still unfolding.”

For Henry, the Spirit Bear’s presence on campus is a reminder that everyone in the University community is accountable to current Indigenous students and the Indigenous children who will attend Brock in the future.

“Entiohahathé’te holds us accountable, ensuring that everyone at Brock takes concrete actions to address social inequities Indigenous children face in contemporary time that extends beyond the University,” said Henry, who is a member of the Six Nations of the Grand River Territory community.

Henry led the project to name Brock’s Ambearrister. He worked with co-investigators Richard Mitchell, a Professor in Brock’s Department of Child and Youth Studies, and Lyn Trudeau, an Instructor for Brock’s Indigenous Educational Studies programs.

The research team was guided by Hodinohsyo:ni’ tradition and ways of knowing during the naming process. Entiohahathé’te was named by Kahentehtha Angela Elijah, a Clan Mother (a hereditary leader in the Hodinohsyo:ni’ Confederacy).

Entiohahathé’te’s name was informed by consultations with members of the Brock community who were involved in bringing a Reconciliation Ambearrister to the University. The naming project was funded by Brock’s inaugural Indigenous Research Grant.