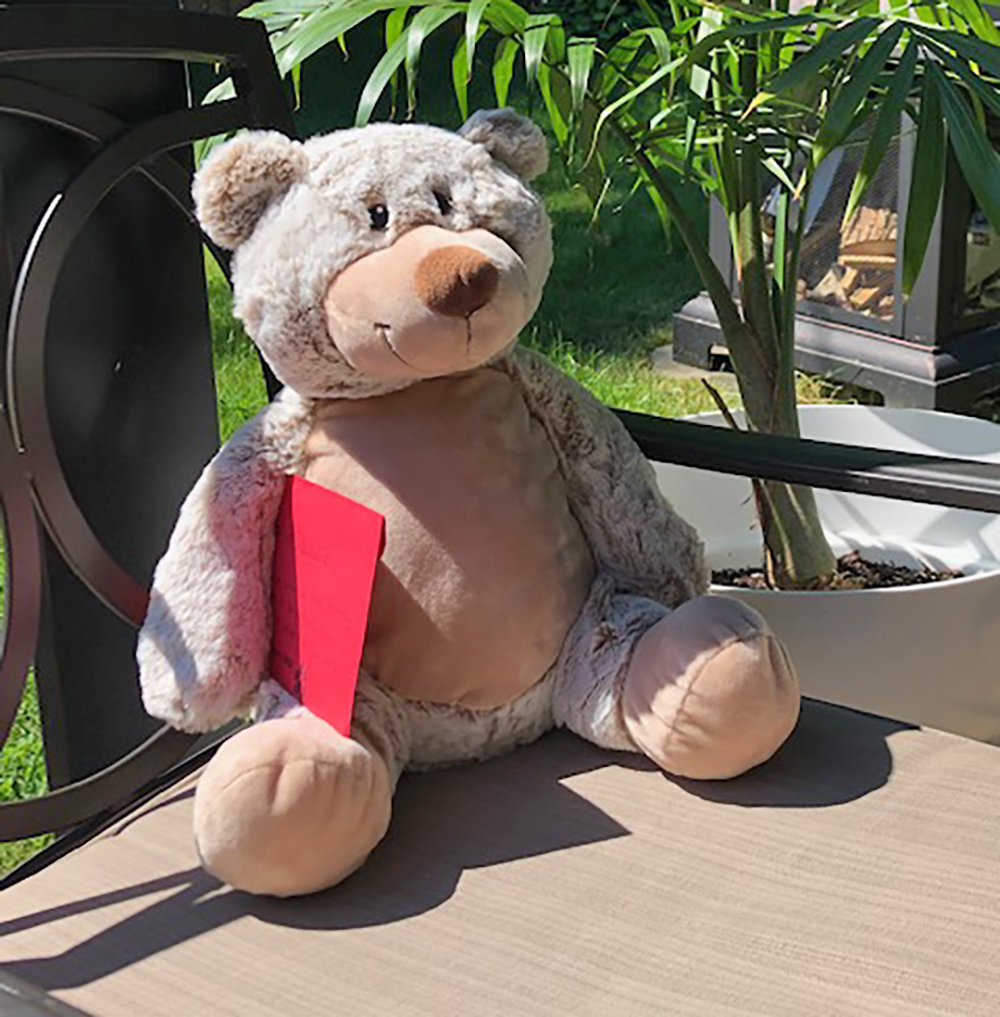 A Brock research team will interview individuals who have helped to bring the Spirit Bear to Brock, collecting stories about the Spirit Bear and the implementation of decolonization and reconciliation at the University.

NOTE: Earlier this year, Brock University announced the creation of its first-ever Indigenous Research Grant. This is the first in a series of articles profiling the research of recipients under this internal award. To read more on the series, click here.

A new research project is underway to name Brock’s Spirit Bear, meant to help further efforts of decolonization and reconciliation at the University.

Funded by Brock’s first-ever Indigenous Research Grant, the project is led by Faculty of Education lecturer Stanley Henry, a PhD student from Trent University and community member from Six Nations of the Grand River Territory.

Henry is leading the naming of Brock’s Spirit Bear with co-investigators Lyn Trudeau, a Brock Instructor in the Tecumseh Centre for Aboriginal Research and Education, and Richard Mitchell, a Professor in Brock’s Department of Child and Youth Studies.

As part of the Ambearrister program, host groups work with local Indigenous communities to organize the naming of their Spirit Bears.

The research team will be following Haudenosaunee tradition and ways of knowing during Brock’s Spirit Bear naming process, grounding the project in the culture of local Indigenous communities.

The research team will interview individuals who have helped to bring the Spirit Bear to Brock, collecting stories about the Spirit Bear and the implementation of decolonization and reconciliation at the University.

The team will then analyze the research participants’ stories with a Clan Mother from the local community who will gift the Spirit Bear with a Mohawk name.

This process mimics the Haudenosaunee naming process where Clan Mothers would gift a name to a child based on stories collected from the child’s journey to the physical world.

Once a name has been gifted to the Spirit Bear, its name will be elevated during a community event that will be open to the Brock community. The event is expected to take place during the 2021-22 academic year.

“We’re hoping the name itself will reverberate throughout the institution because that name carries with it the spirit of decolonization and reconciliation,” said Henry.

The naming process is just the beginning of the Spirit Bear’s journey at Brock. As an Ambearrister, it will become part of the Brock community and promote work towards decolonization and reconciliation.

“The presence of the Spirit Bear puts accountability on every person at Brock to see themselves as playing a role in that implementation of decolonization,” Henry said. “Reconciliation and decolonization are part of Brock’s Strategic Plan and engaging with Spirit Bear is one way all people are able to participate.”

The research team hopes the Spirit Bear’s story will help Brock students, staff and faculty to consider how they can respond to the Truth and Reconciliation Commission of Canada’s Calls to Action.

Spirit Bear’s significance can be understood as a reminder of the ways Indigenous children have been targeted by Canada’s most oppressive assimilationist policies such as the violent removal of children from their families to attend residential schools.

“This research is important as it acknowledges both past harms because of residential schools as well as the impacts still present today,” Trudeau said.

The residential school system has led to high rates of poverty, epidemics of mental health crises in many communities, and over-representation in foster care and the youth criminal justice systems. The remains of 215 Indigenous children were recently discovered on the grounds of Kamloops Indian Residential School in Kamloops, B.C.