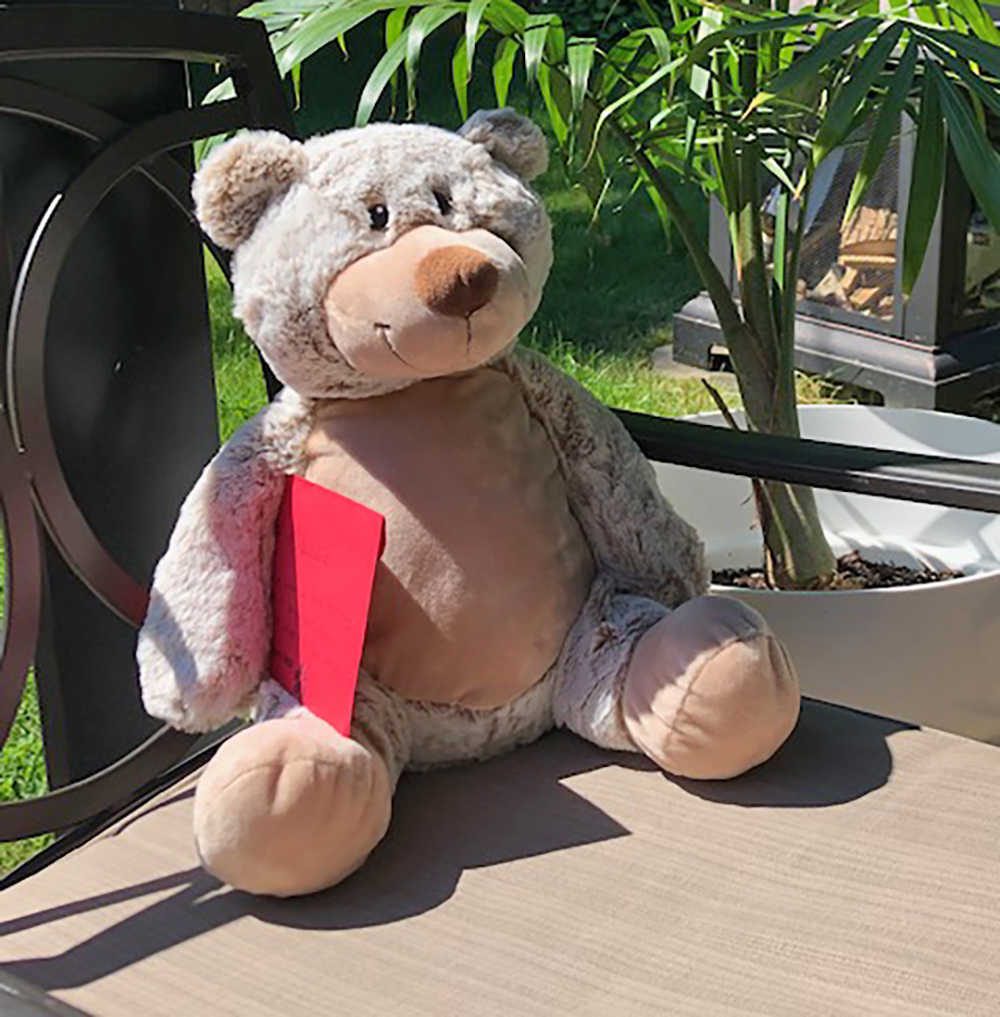 The Brock community is invited to an online naming event to welcome Brock’s Reconciliation Ambearrister on Friday, April 8 from 2 to 3 p.m.

Brock University’s Spirit Bear now has a name — and it will be revealed at an online event Friday.

As part of the Reconciliation Ambearrister program, a Brock research team began the process back in June of finding a fitting name for the bear, which will become part of the Brock community and promote work towards decolonization and reconciliation.

An online naming event to welcome Brock’s Ambearrister will take place Friday, April 8 from 2 to 3 p.m. on Zoom.

Funded by Brock’s first-ever Indigenous Research Grant, the project to name Brock’s Ambearrister was led by Stanley Henry, Assistant Professor in the Faculty of Education and community member from Six Nations of the Grand River Territory. He worked with co-investigators Lyn Trudeau, an Instructor for Brock’s Indigenous Educational Studies programs, and Richard Mitchell, a Professor in Brock’s Department of Child and Youth Studies.

“The process of data collection, data analysis and presenting the information to the Clan Mother we are working with follows suit to the Hodinohsyo:ni’ custom and tradition, or a framework, for naming our children,” said Henry.

The name for Brock’s Ambearrister has special meaning and stems from the team’s consultations with members of the Brock community who were involved in implementing the Reconciliation Ambearrister to Brock. Traditional Hodinohsyo:ni’ names express how people walk through and describe their purposes in life.

The research team will be announcing the Ambearrister’s name and sharing insight into the research project during Friday’s event. They will be joined by two guest speakers: Kahentehtha Angela Elijah, a Clan Mother (hereditary leader in the Hodinohsyo:ni’ Confederacy), who will share the significance of the name she gave to the Ambearrister, and Madelaine McCracken, a representative from the First Nations Child and Family Caring Society, who will discuss the importance of Reconciliation Ambearristers and the responsibilities of organizations that host them.

Questions about accessing the Zoom event can be directed to Trudeau at ltrudeau@brocku.ca