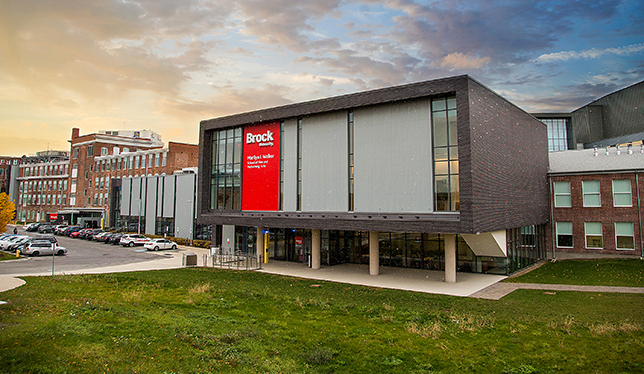 In his 1919 “Bauhaus Manifesto,” German architect Walter Gropius laid out his plan for the revitalization of the visual arts. He believed that the salon system of art education had grown elitist and stagnant because it had lost touch with craftsmanship. Among his central principles, Gropius called for “contact with public life, with the people, through exhibitions and other activities.” While Gropius’s ideas remain influential in art and design schools, many universities in Canada have largely resisted that principle until now.

In the past few years, a number of small to medium- sized universities – which tend to be more geographically and culturally sequestered from urban landscapes than their larger counterparts – have sought to bridge the gap between arts education and the community by moving downtown. Following in the footsteps of Simon Fraser University, which opened its School for the Contemporary Arts in Vancouver back in 2008, Brock University, Laurentian University, MacEwan University and the University of Windsor have all unveiled new arts-related facilities in city centres. Each seeks in its own way to revitalize its surrounding community while taking advantage of the unique pedagogical opportunities of its new central location.

Preserving the past while building the future

In 2015, Brock University opened its long-anticipated Marilyn I. Walker School for Fine and Performing Arts in St. Catharines, Ontario. Part of the city’s plan to build a “creative cluster” in its sleepy downtown, which had been emptied out by decades of deindustrialization and suburbanization, the opening was hailed as a catalyst for the rebirth of the whole city centre.

To house its new facilities, the university chose the dilapidated Canada Hair Cloth Company Building, a former textile mill that had sat disused and in disrepair for years – a reminder of St. Catharines’ industrial past. Starting in 2008, the university undertook a massive renovation of the building thanks to a donation of $15 million from the building’s namesake, philanthropist and artist Marilyn I. Walker.

Elizabeth Vlossak, the facility’s interim director, sees the school as a way to preserve St. Catharines’ industrial history (most recently, as a hub for auto-parts manufacturing) while moving the city toward a post-industrial future. “The building is symbolic not just of the place of the arts in the university, but the place of the arts in a community and a city, and also in the Niagara region,” she says.

Dr. Vlossak sees the development of the creative cluster, which also includes the new FirstOntario Performing Arts Centre, a partnership between the city and Brock that sits adjacent to the new satellite campus, as a push toward an “orange economy.” The term has gained a great deal of traction in South America to describe how the arts and entertainment industries can become huge economic drivers in areas that have lost their traditional industries.

Victoria Reid was one of the first students to take advantage of the brand-new facilities that now house Brock’s dramatic arts, music, visual arts, and arts and culture studies programs. She was in her second year of a bachelor’s degree in studio art when the buildings opened, and she remembers it changing her whole relationship to the city. “Before, I kind of avoided going downtown,” she remembers. “I found it kind of scary.”

But as students inhabited the new space, graffiti was replaced by murals and new businesses were drawn to the area. During her time there, Ms. Reid, who is now working on a master’s in library and information sciences at Western University while continuing to make art, had many chances to take part in exhibitions at those local businesses. “It gave me experience I don’t think I would have gotten removed from the downtown area,” she says. “I had a lot that I could put on my resumé.”

Categories: In the Media, News