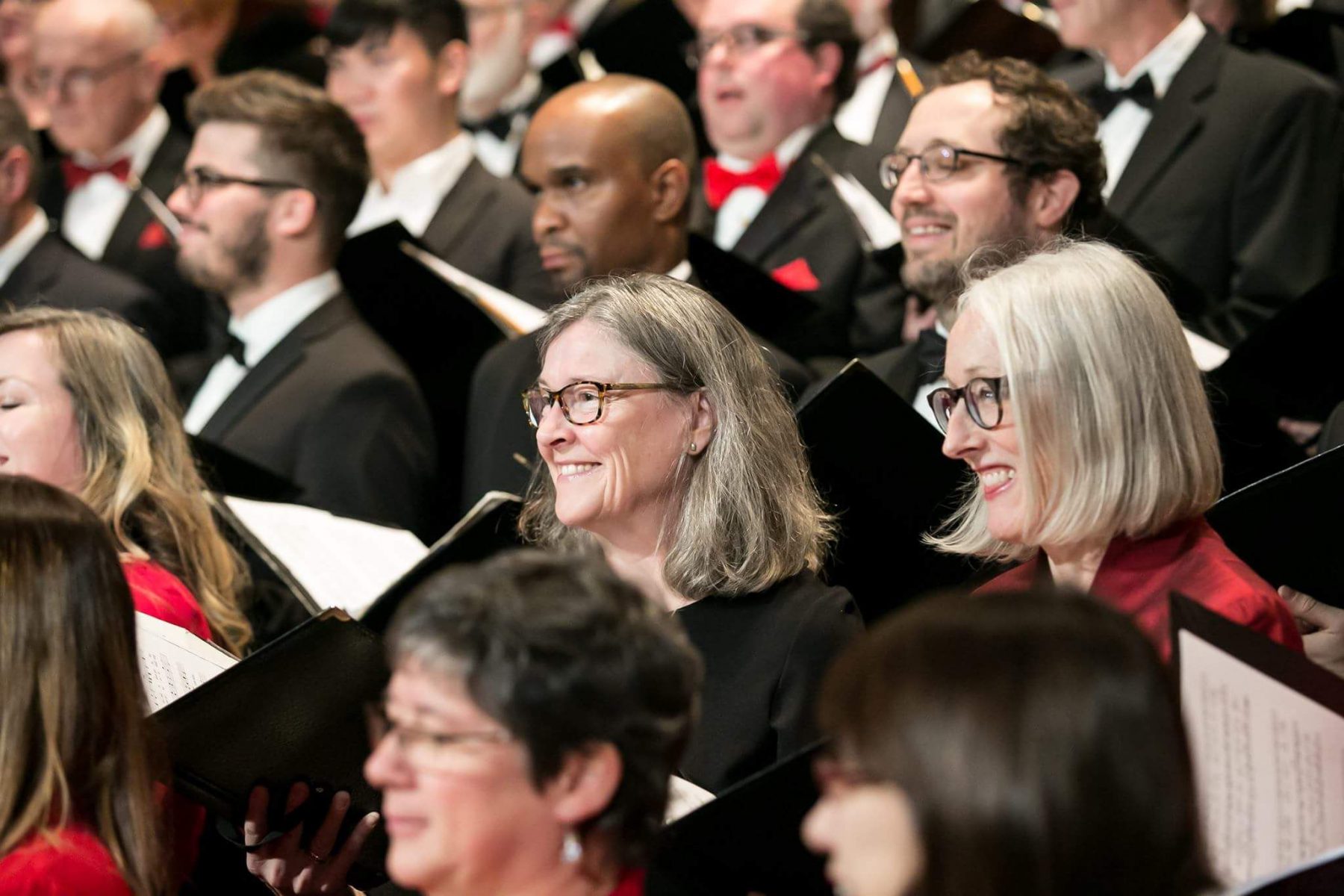 Dr. Brian Power, Associate Dean of the Faculty of Humanities, Professor in the Department of Music and tenor in the Pax Christi Chorale (Toronto) sung to national success when the Pax CC Chamber Choir won first place in the chamber choir category of the 2017 CBC Choral Competition, announced Sunday.

Says Dr. Power, “Some of Canada’s finest choirs participated in this event. The competition was stiff and the rules were strict, so we’re feeling quite satisfied with the result.”

The biannual National Competition for Canadian Amateur Choirs  is ‎a project of Choral Canada in partnership with the CBC and the Canada Council. A treasured Canadian choral tradition, the National Competition for Canadian Amateur Choirs inspires choirs to strive for excellence, provides visibility for amateur choirs of all ages, and encourages the creation and performance of Canadian works. The Competition is open to all Canadian amateur choirs and attracts diverse participants from coast to coast. The finalists and winners are selected by a national jury of esteemed Canadian choral conductors. Each choir that enters the Competition must perform an original Canadian piece and prizes are given for the Best Performance of a Canadian Work and the Best Performance of a Canadian Contemporary Work. Cash prizes are awarded for the top performances in each category. The national jury may also award special accolades to outstanding choirs. Seventy choirs from across the country participated in the 2017 competition.

Pax Christi Chorale is known for presenting dramatic choral masterpieces, performing with passion, conviction and heart. Past Artistic Director Stephanie Martin’s imaginative programming engages audiences with dramatic story-telling through oratorio and rarely-heard masterworks. Since its inception in 1987, the choir has grown to over 100 singers, and has performed ambitious works including the North American première of Parry’s 1888 oratorio Judith and Elgar’s masterpiece The Kingdom at Koerner Hall, Berlioz’s L’enfance du Christ, and Britten’s Saint Nicolas. The Pax Chamber Choir also participated in R. Murray Schafer’s monumental 1000-performer extravaganza Apocalypsis at the 2015 Luminato Festival. Martin’s final concert, capping 20 years at the helm of Pax Christi, took place in April, 2017: the Canadian première of Elgar’s The Apostles. Stephanie Martin is an Associate Professor in the Department of Music of the Faculty of Arts at York University.

The intense recording project by the Pax Christi Chorale was prepared by Stephanie Martin over a period of many months and submitted to the jury in March, 2017. The winning entry featured “How sweet the moonlight sleeps” (text from Shakespeare’s Merchant of Venice), a new work by emerging Toronto-based composer Jared Tomlinson. Recordings made by the Pax Christi Chorale for the 2017 competition can be heard on their Soundcloud channel. Winners were announced on CBC Radio 2’s Choral Concert on June 25th, 2017.  Choral Concert, hosted by Katherine Duncan, presents great choral music from the Renaissance to the present day, sung by the top choirs from Canada and around the world.

BRAVO! To Dr. Brian Power and the Pax Christi Chorale!