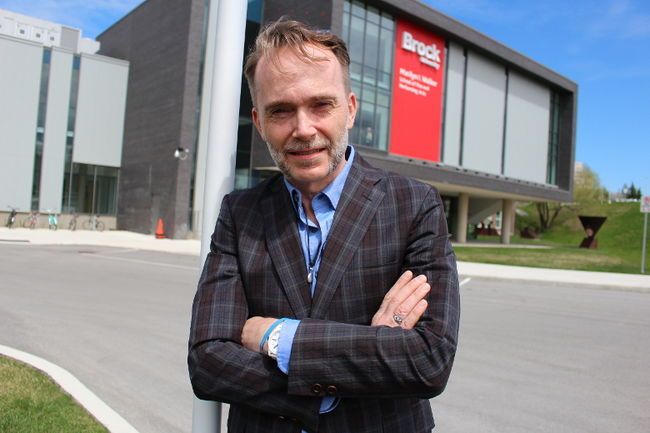 The new director of Brock University’s Marilyn I. Walker School of Fine and Performing Arts enjoys a “pinch me” moment every now and then.

When David Vivian arrived in Niagara in 2004, culture was struggling and downtown St. Catharines felt stagnant. Now, both are generating national attention. “It’s a fantastic progression since 2004,” he says. “I can’t believe that we have both a new (Marilyn I. Walker) school facility and new performing arts centre downtown here.

“That’s a huge jump in capacity for this city, to both hear the stories of others and to tell its own stories.”

Vivian replaces Derek Knight, who helped oversee the new school’s construction and implementation through its first year of classes. Knight will be taking a oneyear sabbatical from Brock. With the building’s first year winding down, Vivian says there’s a “great foundation” to build on in Year Two.

“We’ve got some excellent, first rate programs,” he says. “First on my list is to communicate these opportunities to future students here in the Niagara region, the GTA and internationally.”

He will also strengthen the already crucial link with the nearby FirstOntario Performing Arts Centre, and increase the school’s role in the evolving downtown.

“It’s about finding the right place for the school in the heart of the city,” he says. “We understand ourselves to be part of a larger project of the downtown revitalization. We’re all terribly proud of St. Catharines.”

Vivian was recognized with the Humanities Faculty Award for Excellence in Teaching in 2009, and recognized by the city, province and country for his work as chairman of the St. Catharines Culture Committee in 2011. He studied art and art history at the University of Toronto and Sheridan College, and has an MA in fine arts from the University of British Columbia.

Vivian is eager to import new students to help become the “cultural fabric” of the region.

But he also wants to keep the school part of the Brock community, despite the space between them now.

“We have a lot of relationship building to do with the rest of the university,” he says. “Bringing us from the main campus has broken an immediacy and a knowledge of each other.”