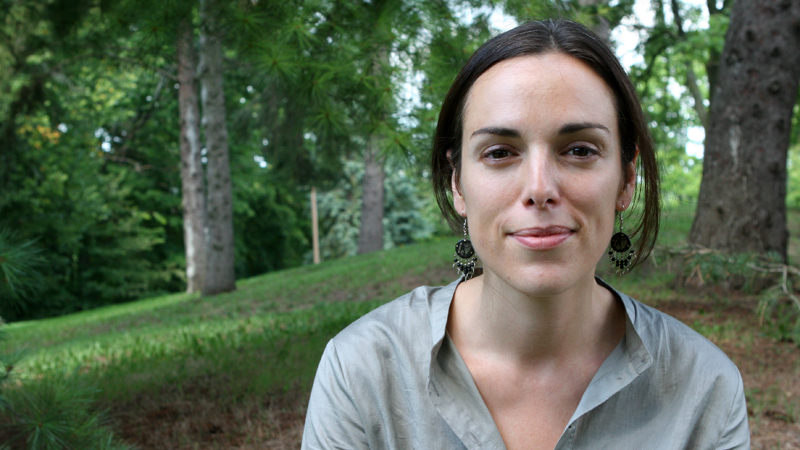 Imagine a tourism experience where you pay to spend hours pretending to illegally cross the American border from Mexico.

You trudge through muddy fields under the blare of gunfire. You run exhausted through sewer tunnels. You are placed, scared and blindfolded, in the back of a truck, only to end up where you started — at a restaurant, gift shop and main office, and people telling you to enjoy your stay.

This is the new trend in post-9/11 dark tourism, a term that describes the act of visiting the sites of tragedies as a tourist. This experience is called immersive simulation, and Natalie Alvarez, assistant professor of Dramatic Arts, is writing a book about it.

Alvarez has received $23,449 from the Social Sciences and Humanities Research Council for her research project, “Enactments of difference: immersive simulations and performance from training to dark tourism.” Alvarez will study two types of immersive simulation: that experienced by tourists, and that experienced by soldiers who train in increasingly popular model villages to prepare them for overseas interaction with foreign cultures. Included in that is investigating how performance techniques are used in counterterrorism and intelligence training.

One dark tourism experience Alvarez will study is that of El Alberto, Mexico, where the community has been depleted by immigration to the U.S. Mexicans pay $20 (U.S.) each to be taken on an overnight fake U.S. border crossing. Ironically, the popularity of the adventure tourism has rejuvenated the town’s economy. Alvarez has twice experienced the tour, which she describes as frightening and surprisingly political, given that it’s billed as adventure tourism.

“It started with a rousing speech by members of the community about how the work is an homage to those who lost their lives crossing the border,” she said. “We sang the Mexican anthem, followed by the sounds of sirens in the distance of the U.S. border patrol and shouts telling us to start running.”

Other examples include a recreated Stalin-era Gulag prison camp in Lithuania, where people pay to spend a day as prisoners. In Liepaja, Latvia, tourists stay overnight in a naval jail.

Alvarez will also visit simulated villages used to train soldiers for duties in Iraq and Afghanistan. There is a recreated Afghani village in Norfolk, England, and simulated Iraqi villages in California and Arizona, where actors are recruited to play insurgents and civilians.

Demand for these simulations has skyrocketed since 9/11, she said.

“A lot of performance scholars and performance artists talk about the border hysteria and the kind of war on difference that evolved from 9/11,” she said. “There seems to be a desire to rehearse encounters with the cultural ‘other’. I want to know what kind of anxieties are being played out in these scenarios.”

While on the surface, immersive dark tourism and immersive military simulation seem unrelated, “there are intersecting themes that make them worth putting together in conversation,” she said.

Alvarez will spend the next two years traveling and observing these simulations, followed by a year of writing.