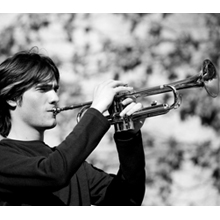 On Tuesday, April 6, 2010, the Department of Music’s University Wind Ensemble will explore the full breadth of wind ensemble repertoire as they present a concert of musical fireworks, from Rimsky-Korsakov to John Williams, held at the Sean O’Sullivan Theatre at 7:30 p.m.

“Following on the success of the past three years, this selection of music is designed to highlight both the virtuosity and nuance of the evening,” says conductor Zoltan Kalman, a part-time faculty member in the Department of Music and principal clarinetist of the Niagara Symphony.

Such performances from the Department of Music are a key part of the Marilyn I. Walker School of Fine and Performing Arts’s mandate in building connections between the community and the breadth of talent and creativity at Brock University.

Join us on Tuesday, April 6, 2010 at 7:30 p.m. in the Sean O’Sullivan Theatre, Brock University, and discover classical and modern wind ensemble repertoire!