Digital humanities at Brock levels up with new name 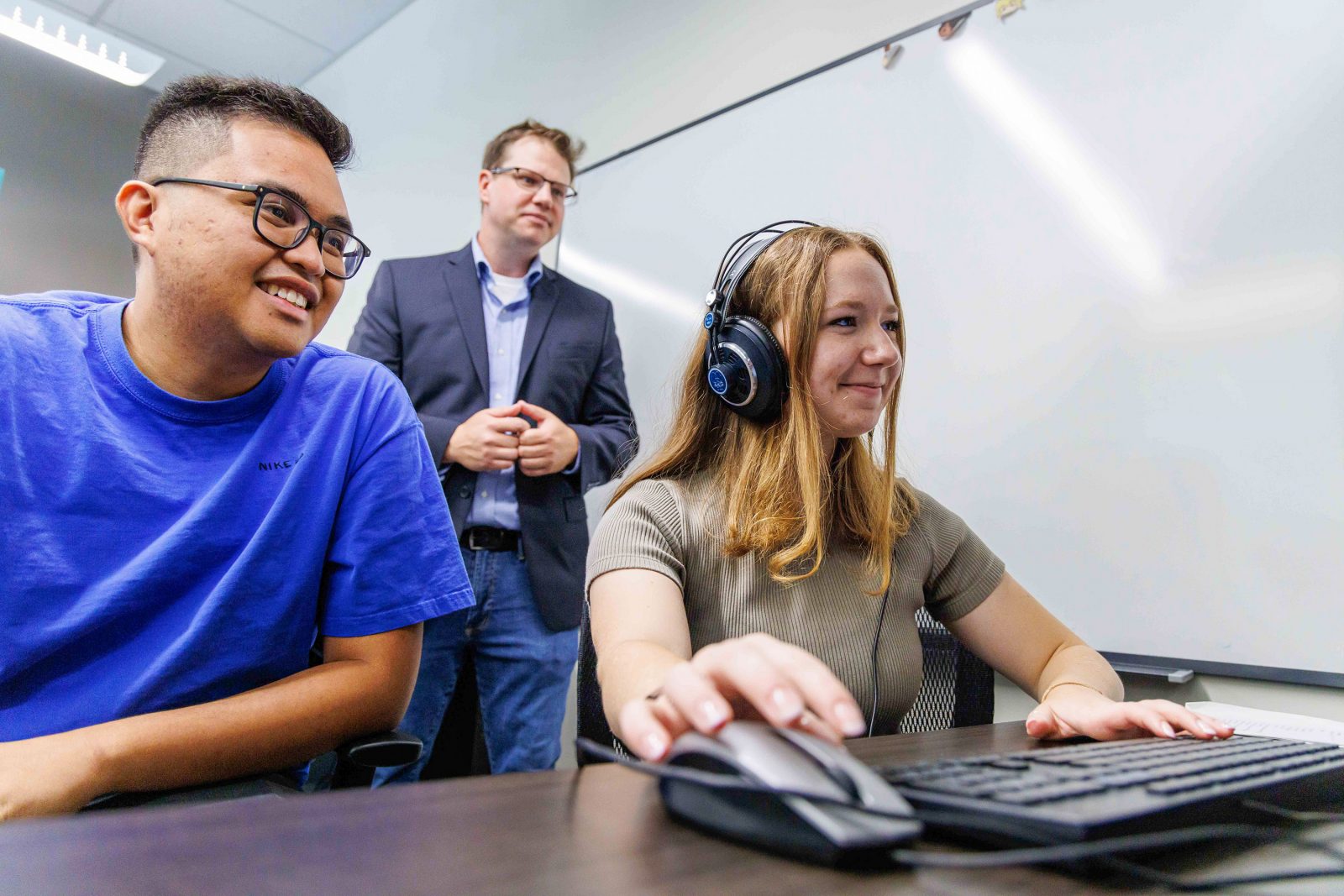 The Centre for Digital Humanities has levelled up to become one of Brock’s newest departments.

The name change to Department of Digital Humanities reflects the growth of digital humanities at the University and the demand for interactive media education and research, says Department Chair and Associate Professor Jason Hawreliak.

“Games continue to be a global juggernaut culturally, socially and economically,” he says. “Issues like cybersecurity, online misinformation and artificial intelligence have never been more important.”

The department began its life as a small centre to foster innovation in digital teaching and research at Brock in 2002 and launched its first academic program, Interactive Arts and Science, in 2005. Since then, it has grown to include 223 students majoring in its three undergraduate programs and four full-time faculty members.

“It’s been exciting to see the unit grow so much in such a short period of time,” says Hawreliak.

In 2016, the centre launched a new GAME program for game design and game programming jointly with the Department of Computer Science and Niagara College. This past September, the centre welcomed its first cohort of students in the Master of Arts in Game Studies — the first program of its kind in Canada. The two-year program provides students with a high-quality venue to study and design games in all their forms and to engage with scholarly and professional literature in the field.

Experiential learning has been a core component of student experience in digital humanities and the department works closely with industry professionals to provide unique learning opportunities. IASC students have the opportunity to complete internships with local game studios; have won awards for their work at the annual provincial Level-Up industry showcase in Toronto; and have been invited to participate in the international Oculus Connect 6 conference hosted by virtual reality (VR) giant Oculus in San Jose, Calif., in 2018.

“There is a lot of collaboration with the games industry and digital media industry generally,” says Hawreliak. “Industry professionals teach many of our courses in everything from 3D modelling and animation to the upper-year project courses. That industry experience is great for teaching our students what to expect when they graduate.”

The innovative IASC 2P08 Competencies in Interactive Media course offers students the opportunity to tailor their learning to their own interests and to network with industry professionals as they complete 30 hours of professional development opportunities over the academic year.

The department also hosts weekly workshops with industry experts throughout the year to help students learn about the breadth of opportunities available to them. Past workshops have featured representatives from companies such as Pop-Up VR, Rocketship Park, MiniWarGaming, Phantom Compass and Ubisoft, as well as GAME and IASC alumni.

The game and interactive digital media (IDM) sector is a significant contributor to the provincial economy and regionally in the Greater Toronto and Hamilton Area, including Niagara. According to the Entertainment Software Association of Canada, the video game industry contributed an estimated $5.5 billion to Canada’s economy in 2021, with big titles like FIFA, Mass Effect, Far Cry and Marvel’s Guardians of the Galaxy being produced in Canada.

“Interactive media aren’t going anywhere,” says Hawreliak. “Our students are tremendously popular for working with companies and faculty members at Brock. There’s high demand for web developers, game designers, 3D artists and VR developers, and our students have all those skills.”

The department’s faculty members have also been recognized for excellence in teaching and service to the Brock community.