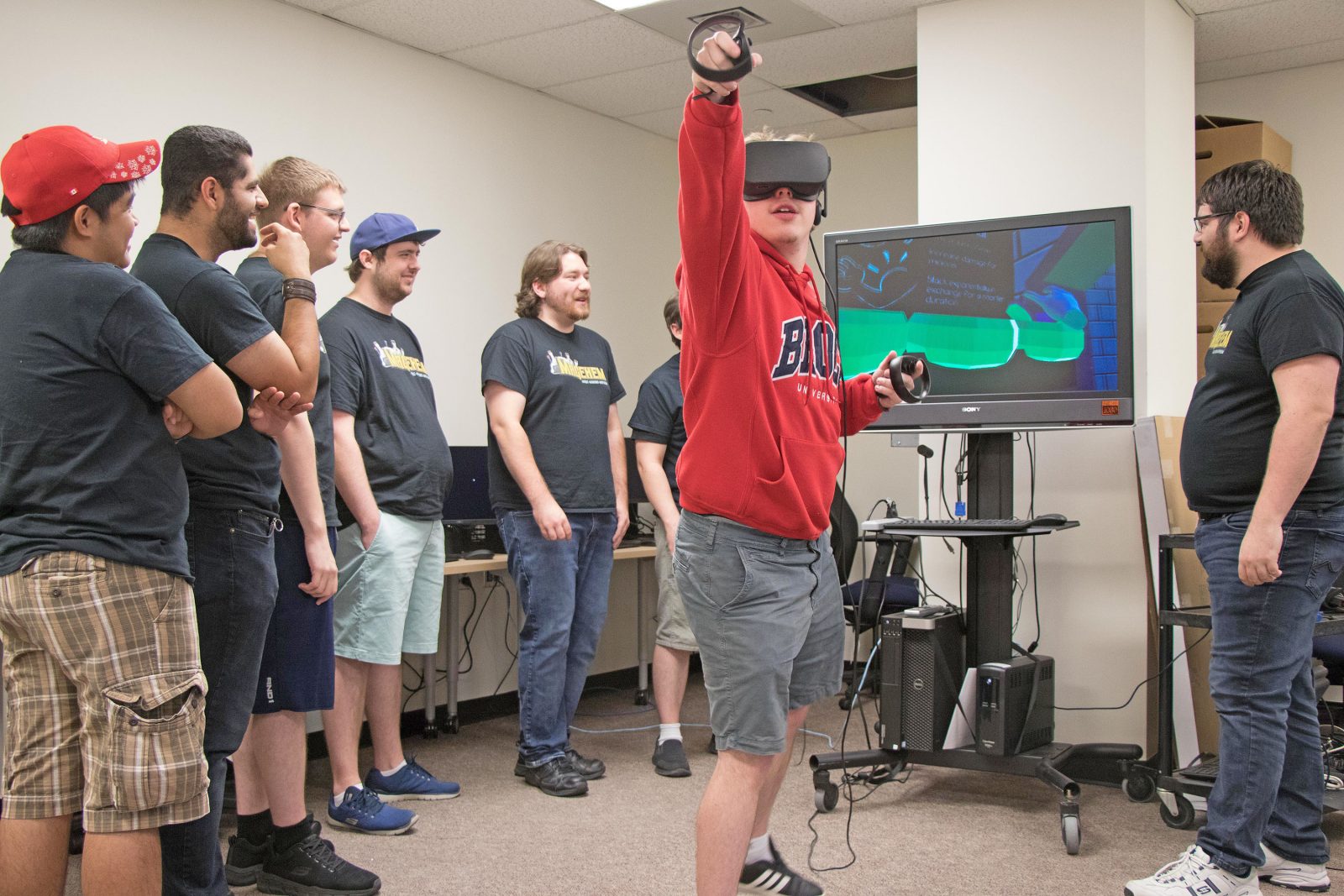 Fourth-year GAME student Caldon Bowden casts a virtual reality spell in the game Magehem while fellow team members look on. After using VR gestural technology to create a first-person tower defence game last year, the team has been invited by industry leader Oculus to a conference this week in California.

A group of Brock University students have been invited to a global gathering of some of the top professionals in the flourishing virtual reality industry.

“Our students being chosen to attend speaks to the quality of their work and showcases what they’re are capable of,” says Jason Hawreliak, Associate Professor in the Interactive Arts and Science program and Director of Brock’s Centre for Digital Humanities. “We have global appeal. Our students are able to produce games and interactive experiences that are recognized by some of the leading players in the industry.”

The students were invited to join Oculus Start, an Oculus program to support new virtual reality developers, on the strength of a game they created in their third-year courses. The students, who named their design studio Digital Details, took the tower defense game genre and built a first-person, VR gestural experience. The group showed their game, Magehem, earlier this year at the province-wide game showcase Level UP.

“The students’ game had a really intuitive and innovative interface,” says Hawreliak. “Gestural is one area that is becoming increasingly important in virtual reality and you have to get it right to feel an immersive experience. It’s hard to pull off, but the Magehem team did a great job of it.”

As part of the Oculus Start developer program, Oculus is providing conference passes and hotel rooms to the two-day conference for the students, as well as networking events and opportunities to consult with Oculus professionals. Brock is providing financial support for students’ travel.

The new GAME program, now entering its fourth year, is a collaboration between Brock University’s Centre for Digital Humanities and Department of Computer Science, as well as Niagara College. Students simultaneously earn an advanced diploma in Game Development from Niagara College while completing either a BSc in Game Programming or a BA in Game Design from Brock.

The program’s unique structure means students take courses at both institutions and from both streams, says Program Director Michael Winter.

“It’s the only game program in Ontario that’s a concurrent collaboration between a university and college,” he says. “Most programs have developed out of either an arts program or a computer science program. This program has the two streams and specialists on both sides. You need both sides working together to make a good game.”

The BA and BSc students have different approaches to things but “they have to learn to work together,” Winter says. By taking courses from both streams, the students “know what the other group is doing and know a little bit about what language those people are using so they can communicate.”

Courses in Computer Science, Interactive Arts and Science, and Game Development expose students to all aspects of game production, from storytelling and game theories to 3D modelling and programming. During the third and fourth years, students form production studios and take a game from idea to reality.

The GAME program accepts 25 students into each BA and BSc stream from hundreds of applicants each year. 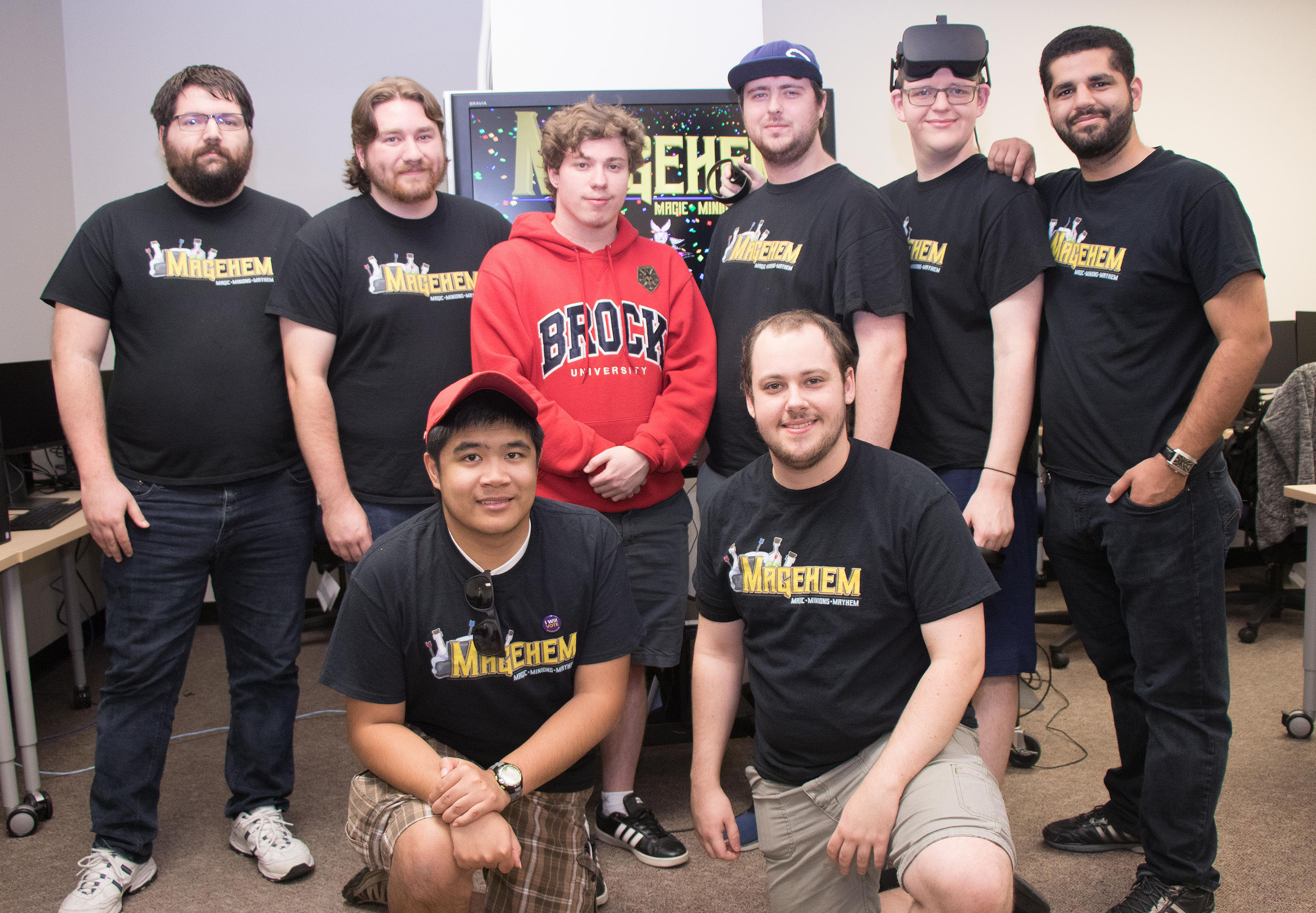