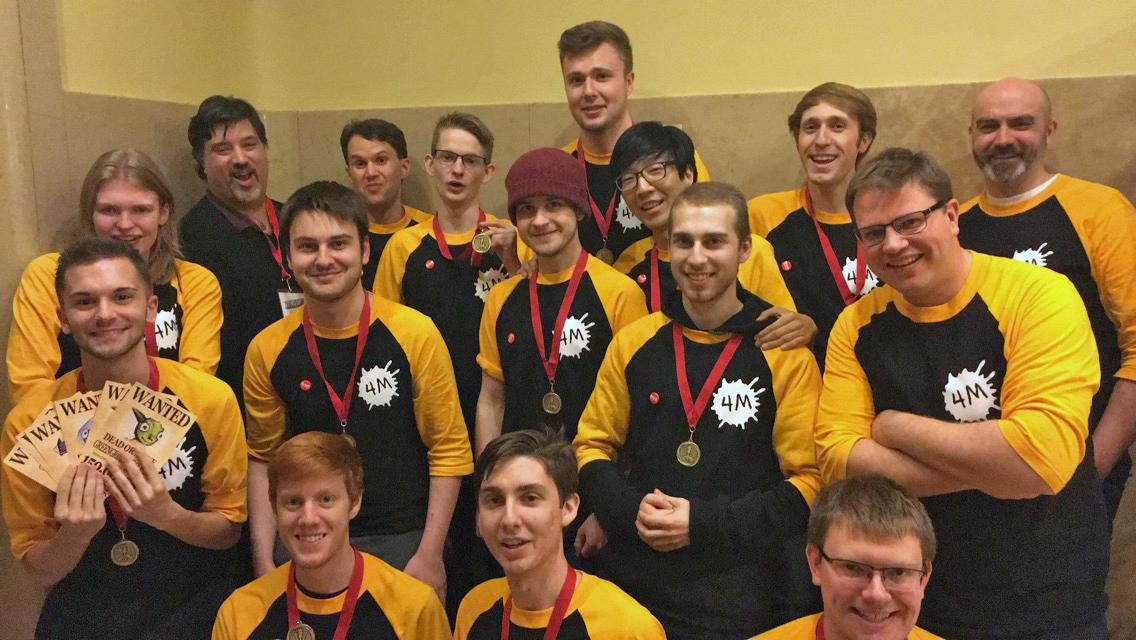 Interactive Arts and Science students took home the People’s Choice Award for their game Stop Running! at this year’s Level Up Showcase in Toronto.

The 13 Brock students worked together as 4 Monsters Studio to design, create and market their game in front of other students, developers, industry recruiters and judges at the competition held Wednesday, April 4.

“The People’s Choice Award was something we all had our eyes on when coming into the class, so we did everything we could to make a game that was worthy of such an award,” said fourth-year student Aaron Coomber, who was responsible for production. “Winning the award was an incredible experience for all of us and I am incredibly honoured to have worked with such a great team.” 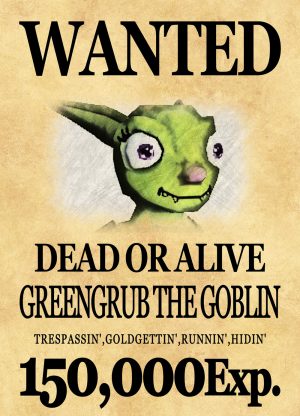 The video game Stop Running! designed and created by Brock IASC students took first place in the People’s Choice category at this year’s Level Up Showcase in Toronto.

The game is a fresh take on party games. Rather than the player being the hero who has to chase down the monsters, the players in this game are the monsters who must evade the boss. Contrary to the game’s name, the goal is to not stop running. A player gains points by outlasting their rivals and the person with the most points after three rounds wins the game.

The IASC 4L00 course is student-driven, with Assistant Professor Jason Hawreliak, instructor Justin Howe and technologist Andrew Roth on hand to guide and mentor students through the process of designing, creating and marketing their games.

“We couldn’t be more proud of our students this year as they demonstrated the power of a cross-disciplinary interactive media degree,” said Howe, Project Co-orindator for the Centre for Digital Humanities.

“Creating these kinds of complex experiences and products is no less a people challenge than it is a technical one. This means diligently and passionately working together as a team toward their goal and being ambassadors of their work, their program and Brock as an institution.”

Level Up Showcase is held each year in Toronto and brings together the top post-secondary students in game development from more than 15 Ontario colleges and universities. Last year, more than 2,000 people came to try some 75 games featuring the latest technology including virtual reality and augmented reality.

Brock’s Centre for Digital Humanities has taken on an increased role with the Level Up Showcase this year, becoming one of the organizing schools, alongside Ontario College of Art and Design, University of Toronto and Algonquin College.

“The Level Up Showcase is a unique opportunity for students all over Ontario to show their talents,” said Howe. “Having corporate sponsors from industry mainstays like AMD, Microsoft, Unity and Zynga, to name a few, further illustrates the importance and power of this type of experiential opportunity.”