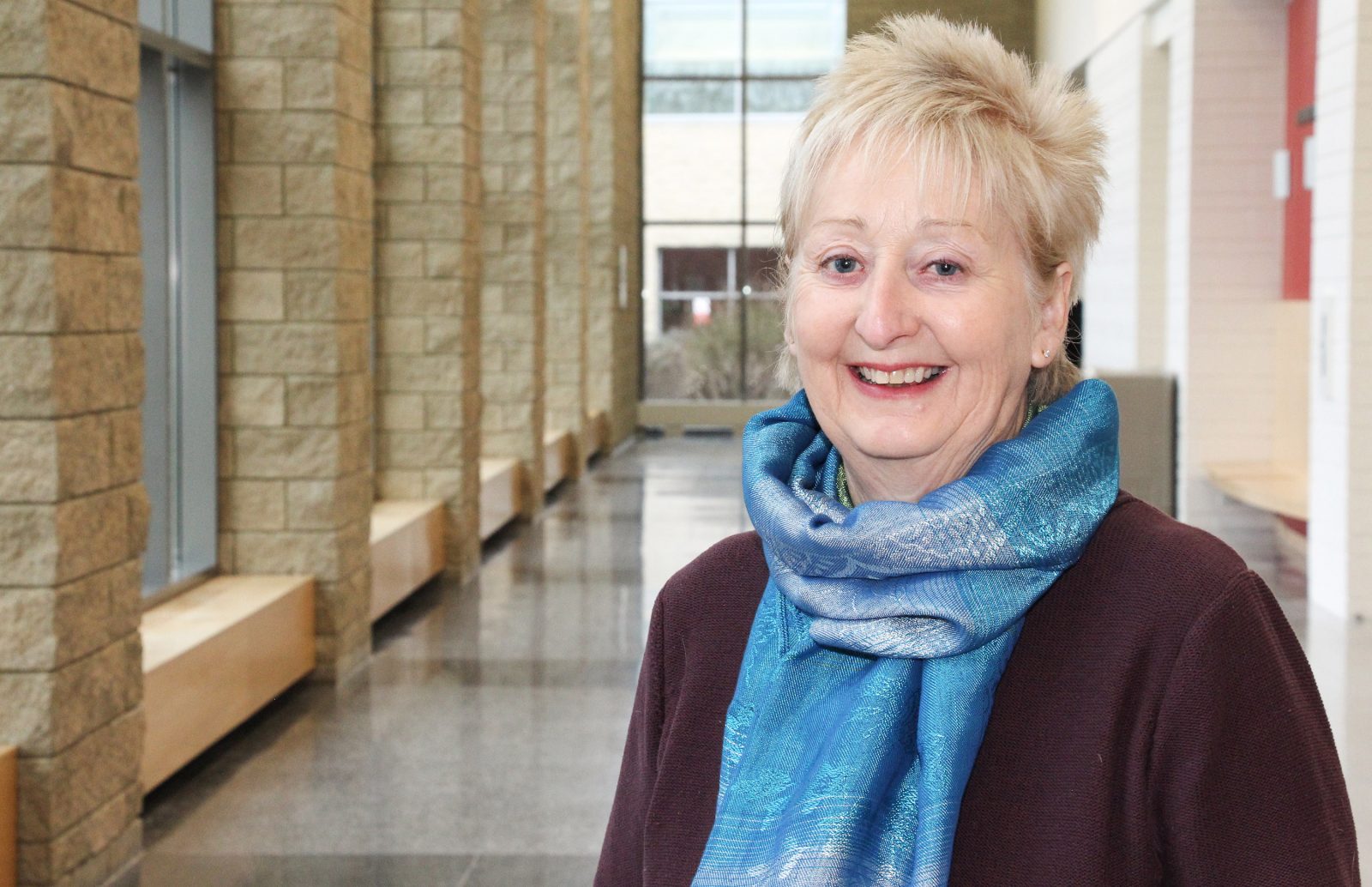 As she rose early in Beijing, China, news from the other side of the world left Jill Grose stunned and overcome with gratitude.

While facilitating an instructional skills program in the Chinese capital, Grose, the Director of Brock’s Centre for Pedagogical Innovation (CPI), received an email announcing she had won the Distinguished Educational Developer Career Award from the Educational Developers Caucus of the Society for Teaching and Learning in Higher Education (STLHE). But there was a catch — she didn’t know she had been nominated.

Though many award winners take an involved role in their nomination portfolio, Grose’s well-known humility prompted her co-workers and colleagues to secretly assemble a 20-page dossier of her many accomplishments and submit it on her behalf.

“I know how much work goes into these nominations and it was very humbling,” Grose said after learning the news in November. “The beginning of October was a very busy time for our CPI team, and the fact that they did this in secret was just a reminder of how they go the extra mile in all sorts of areas of their work. Seeing the product they put together made me very proud.”

The honour recognizes individuals in Canada with more than 15 years of service in educational development who have made repeated meaningful contributions to the field at the local, provincial and national level over the span of their career. This year, Grose is one of two award recipients across Canada, alongside Natasha Kenny from the University of Calgary. Previous winners include Brock University Educational Studies Assistant Professor Nicola Simmons, who received the award in 2016.

Among the clandestine team who assembled the dossier was Giulia Forsythe, CPI’s Associate Director, who said Grose’s contributions to educational development could not be overstated.

“There was a groundswell of people who knew Jill was deserving of the award,” said Forsythe. “We wanted to showcase the huge impact she has had on educational development in Ontario, across Canada and internationally.”

That impact began in 1997, when Grose took up a part-time support position in Brock’s Instructional Development Office. From a two-person operation in those early days, Grose continued to develop and grow the department that would become CPI as she assumed the roles of associate director in 2001 and director in 2013.

During that span, Grose was instrumental in bringing the Instructional Skills Workshop (ISW) to Ontario, and in facilitating it at numerous universities internationally in places such as Taiwan, China and Namibia.

The ISW is a three-tiered 24-hour instructional development program that is designed to enhance the teaching effectiveness of both new and experienced instructors using participatory learning and community building. Working in small facilitated groups, instructors teach and observe their peers and engage in reflection based on multiple forms of feedback.

Learning about the program from Professor Russell Day of Simon Fraser University, Grose worked closely with him to bring the program to Brock, and has firmly backed its ongoing availability to faculty members and teaching assistants.

“The program underscores CPI’s commitment to making a difference to every single person that walks through the door.”

To date, more than 600 members of the Brock community have received an ISW certificate.

In addition, Grose has been co-chair of the International ISW Advisory Committee since 2007, a network of facilitators and trainers across the globe that help institutions develop capacity to offer the ISW program.  This year, the network celebrates its 40th anniversary.

Anna Lathrop, Brock’s Vice-Provost, Teaching, Learning and Student Success, emphasized the significance of Grose’s contributions to educational development through the ISW and other avenues.

“Jill’s exemplary leadership, vision and meticulous attention to detail have been instrumental in the success of teaching and learning at Brock University and beyond,” said Lathrop.

As well as introducing new programs across the province, Grose has also taught graduate-level courses in pedagogy, acted as a resource to the University’s Senate Teaching and Learning Committee, and devoted countless hours to developing the skills of the University’s teaching assistants.

As a regular contributor and editor for submissions by colleagues for various teaching and learning awards, including the 3M Teaching Awards that have been won by Brock faculty in recent years, Grose is aware of the significant effort needed to compile an academic dossier for a national award.

“I have always argued, as someone who facilitates nominations, that the nominee needs to be involved in the process,” she said. “But the dossier the team completed left me taken aback. It bears testament to the fact that we have worked together so closely.”

The award has also brought on some bittersweet emotions and moments of reflection for Grose as she plans to retire this summer after more than two decades with the University.

“CPI and the ISW have taken me to places I have never dreamed I would go,” she said. “Receiving this award for something I care so deeply about is very humbling and exciting, and it’s a great way to retire.”

A full description of the Distinguished Educational Developer Career Award as well as highlights from Grose’s nomination package can be viewed on the STLHE website.