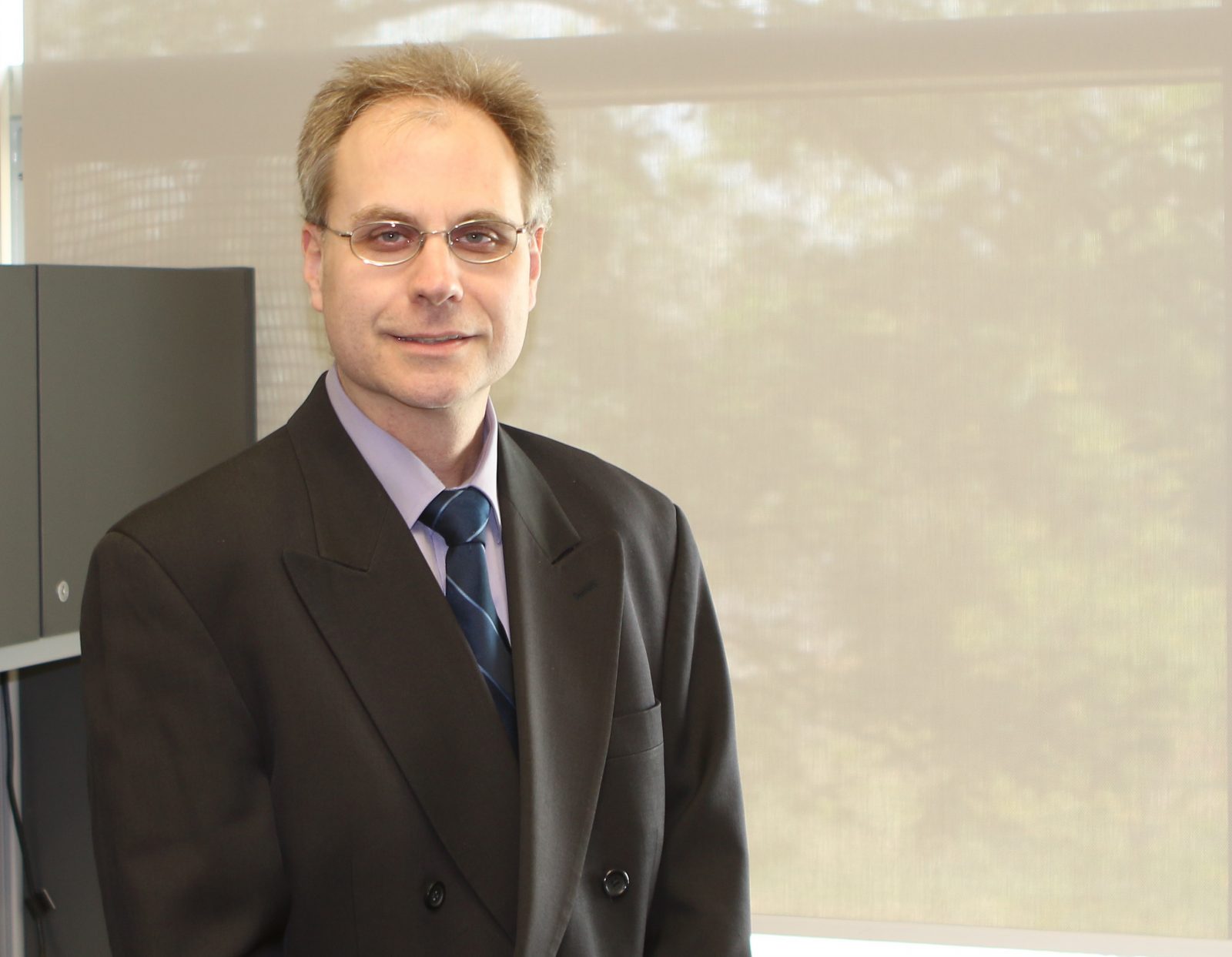 Eighteen years after his mentor was awarded a 3M National Teaching Fellowship, Brock University Professor of Teacher Education and Digital Humanities David Hutchison has had the same honour bestowed on him.

Hutchison is among 10 academics from across Canada who are the 2018 recipients of what is widely seen as the country’s most prestigious award for teaching excellence. Over more than three decades, Brock is top 5 among all Ontario universities for 3M award winners.

The Director of Brock’s Centre for Digital Humanities credited those around him with helping him earn the award.

“For me, it’s really a recognition of the high quality of teaching at Brock University,” Hutchison said. “I don’t think anyone can receive an award like this without the support of the colleagues and students they’ve had the privilege of working with and teaching.”

It’s the third time in three years a Brock faculty member has been awarded the fellowship. Since the award’s inception by 3M and the Society for Teaching and Learning in Higher Education in 1986, Brock has had 12 faculty members make the list.

“David is a most-deserving recipient of the 3M Teaching Award,” said Tom Dunk, Interim Provost and Vice-President Academic. “By earning this fellowship, he is contributing to the tradition of pedagogical excellence that is one of Brock’s defining strengths.”

Dunk said Hutchison has been a champion and leader in the areas of interdisciplinary collaboration, experiential education and community engagement.

“It’s wonderful to see him getting national recognition for his efforts,” he said.

For Hutchison, the award continues a career path that follows in the footsteps of Barry Joe. The longtime Brock faculty member, who retired in 2015, won the 3M award in 2000, a year after Hutchison began teaching at Brock. It was Joe who started the Centre for Digital Humanities in 2003 and was its first director.

“Barry was one of the first recipients of the award at Brock so I became aware of it through him,” said Hutchison. “He has been an inspiration to me. He is an excellent and well-respected colleague, and even today, students talk about his teaching effectiveness.”

“These capabilities, aptitudes and hands-on skills will help our students as they transition from the classroom to careers and the community,” he said.

Helping students collaborate with community partners is something Hutchison takes great pride in.

“That cycle from students planning a project in the beginning to actually bringing it to fruition and sharing it with the community sponsor is really exciting,” said Hutchison.

As part of the Fellowship, Hutchison and the other 2018 winners will attend a Society for Teaching and Learning in Higher Education conference being held this June in Sherbrooke, Quebec and a retreat in Montebello, Quebec in November.