Social Justice: Success in Organizing for a Living Wage

The concept of “Social Justice” maintains roots in the religious sphere and the phrase was coined by Jesuit Luigi Taparelli d’Azeglio in the 1840s based on the teachings of Thomas Aquinas.

Throughout my adult life, I have been keenly involved in the community and have contributed to sustainable initiatives for social justice through work and volunteer positions. In the past 14 years, I have been especially involved in the Hamilton community, assisting job seekers find meaningful and sustainable work. I have served job seekers from all walks of life: internationally trained professionals, persons with disabilities, and recipients of social assistance. I recently completed a Masters in Professional Communication, and my master’s thesis was entitled “Promoting Living Wage in Hamilton: A Comparative Case Study of Faith-Based Activism,” which received the Diana Beeson Memorial Award for Excellence in Scholarship.

Why study this topic?

My journey of helping job seekers towards financial independence has given me a window into local poverty issues experienced by the working poor. This led me to conduct research about successful living wage campaigns. When I conducted my literature review, faith-activism emerged as an obvious scope of investigation. In my thesis, I claimed that community-based power organizations have deep roots among local churches and that interfaith involvement is central to the success of living wage campaigns.

What is a living wage?

Living wage is an hourly wage calculated locally that allows for basic essentials, such as costs of housing, childcare, transport, and food for the worker and his or her family.

In the late 1800s, Cardinal Manning, archbishop of Westminster, engaged with East London Dockers, who were on strike, and with their managers to discuss respect for people and labour. Not only did Manning bring a resolution to pay workers a living wage, which was six pence an hour, but the Catholic church believe that Manning also inspired then Pope Leo 13 to start social encyclicals at the Catholic Church in 1891. These encyclicals are called Rerum Novarum, meaning Rights and Duties of Capital and Labor.

Pope Leo, having studied under Taparelli, wrote about the duties of the employer and worker and the rights of the worker. A worker’s duty is to work faithfully and has the right to organize for a just wage. He said the economy must serve the people—not the other way around. Through these Catholic social teachings, Pope Leo opened the door to address issues of modernization using the gospel.

Why is a living wage important?

Income inequality is widening and minimum wage levels are set below the poverty line, which has resulted in parents working 2 to 3 jobs and making compromises about the way they live. Low wages not only cause hardships to families but increase dependency on government assistance programs.

In response to these unjust conditions, a living wage debate is gaining worldwide momentum, and several cities in Ontario have proposed living wage rates without much success or buy-in from employers. Referring to the positive wage theory, economists have made a case that higher wages have a positive correlation to productivity. Strong evidence shows that raising the living standards of the working poor stimulates the local economies because, unlike the rich, working people spend their money locally.

Lobbying government and engaging employers is important, but living wage campaigns succeed when they build a people-power base and engage with faith communities and families experiencing in-work poverty. During my research, I interviewed Professor Jane Wills from Queen Mary University who said that governments are interested in making sure people live out of poverty to reduce dependency on government assistance. Public pressure, however, is a necessary means for governments to reach that goal because of their many priorities.

London Citizens is a great example of this. It evolved in 1996 when East Londoners experienced unjust wages and working conditions similar to those experienced by dock workers in the late 1800s. The East London Community Organization deeply rooted with local churches, involved unions, diverse faith and community groups. Together, they engaged employers and lobbied government. As a result, they transformed politics, claimed the first living wage Olympics and accredited 1000 living wage employers (by Nov 3, 2014) uplifting lives of workers and their families.

The Living Wage Foundation established living wage week, which is now celebrated worldwide. The foundation not only announces the annually calculated living wage rate but has planned many events throughout the week from November 2nd to the 8th, 2014.

If you like to learn more about living wage issues or tips and tricks of successful campaigns, do read my thesis or contact me via twitter or email. 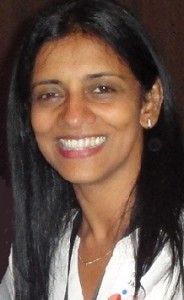 Author Biography
Sadhna Jayatunge has 25-plus years of combined project management, marketing, communication, and career/job development experience in the corporate, government, education, and non-for-profit sectors. She recently completed an MA in Professional Communication. Sadhna has  previous education in Journalism, Labour Studies, and Career Counselling. She assists individuals set realistic career goals, connect them with potential employers, and her hope is that this will give her clients a shot at prosperity. She finds her job satisfaction in seeing participants find meaningful employment and leave the Ontario Works assistance program.