GALLERY: Paralympian urges Brock grads to speak up against acts of hate, discrimination 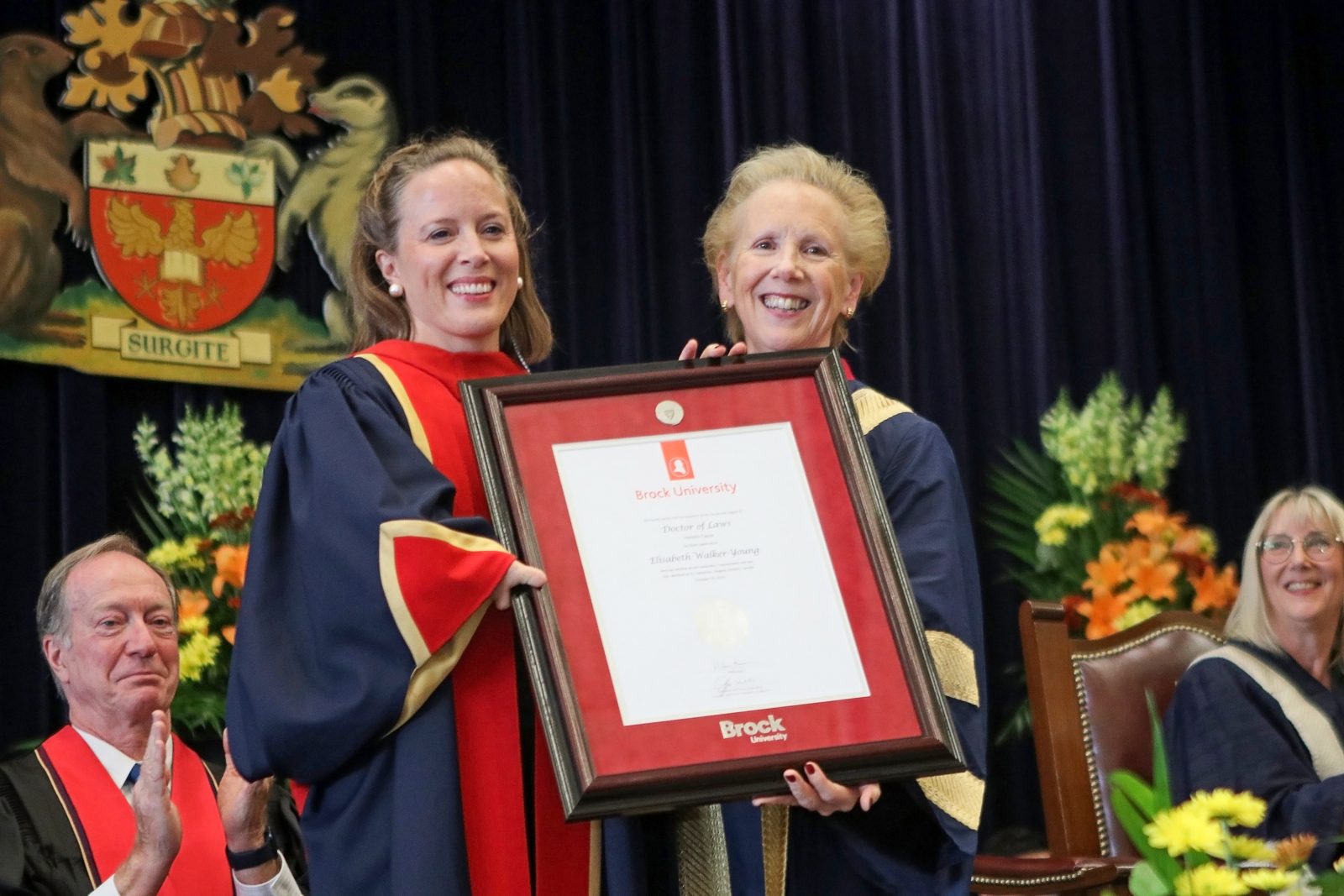 There are many moments in Elisabeth Walker-Young’s (BPhEd ’02) life when she wishes she had spoken up.

Once, in the mid-’90s, she heard her swim teammate make a racist comment to an airport porter. Years later, she was on a crowded bus when one passenger made a racist and ageist remark to another rider. And, more recently, she witnessed her daughter get teased by a child for having a mom who was disabled.

Each instance left her filled with anger and sadness. Though she felt compelled to intervene, she stood idly by.

But the four-time Paralympian, who received an honorary doctorate during Brock’s 112th Convocation Friday, Oct. 14, is actively working to change that pattern — and she’s encouraging others to do the same.

During her Convocation address, the Brock alumna and member of the Order of Canada asked the University’s newest graduates to reflect on a similar time in their own lives when something happened that they knew wasn’t right, but rather than speak up, they remained silent.

“I want you to think back to a time or a situation … where someone said or did something discriminatory, homophobic, racist, xenophobic, ablest — something that was unkind or unsettling,” said Walker-Young, who is nationally recognized not only for her athletic ability, but also for her advocacy work for inclusion and accessibility. “If you have remained silent in a situation like this, raise your hand.” 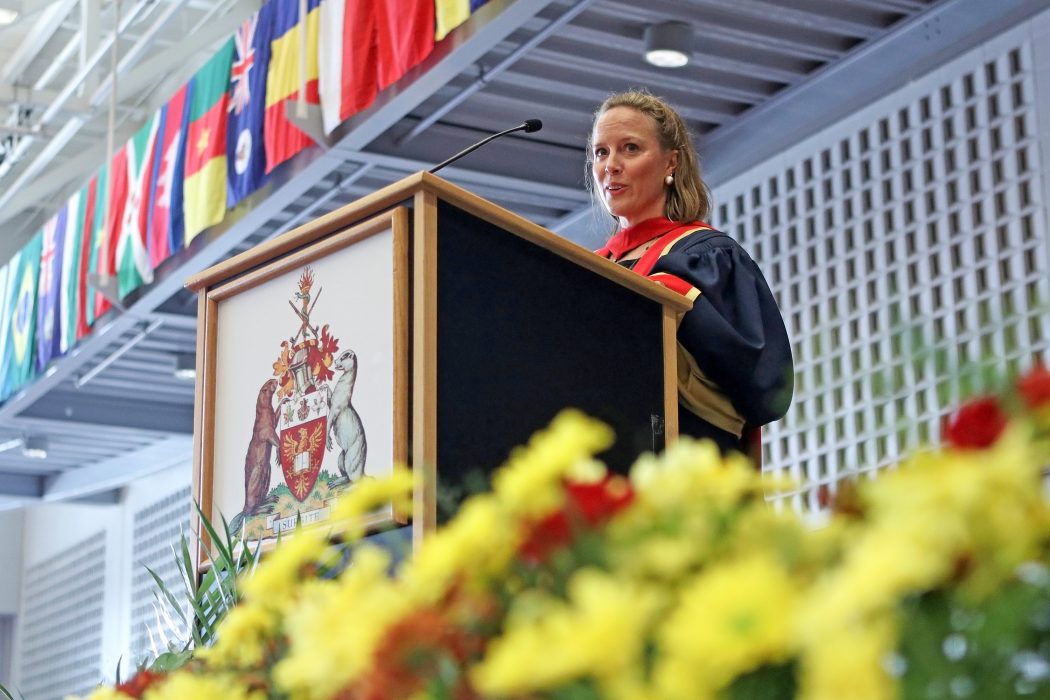 As a sea of students and their guests with their hands held high acknowledged their own experiences, Walker-Young explained that they are not alone.

It is human nature to stand by quietly and there are many reasons to do so, she said, whether out of concern for physical or emotional safety, or due to power dynamics at play.

“But when we stay quiet, we are complicit in the behaviour. In a way, we are condoning it,” she said.

While saying nothing in these challenging circumstances may be a common fault in society, Walker-Young assured the crowd there remains opportunity for change.

“Very often the people who are on the receiving end of these situations have less power in our society. They’re targets of imbalances and harmful actions,” she said. “What if more of us could disrupt those conversations?”

She encouraged her fellow Badgers to become ‘active bystanders’ and amplify the voices of others.

“If all of us did it, we’d make this world and the communities we live in a little bit safer, and allow people to bring their authentic selves everywhere they go,” she said.

Walker-Young said active bystanders who were in her corner as a high-performance student-athlete at Brock had a tremendous impact on her life.

Brock is where “I found, or settled into, my identity,” she said. “Believe it or not, with a visible, physical disability, I never identified as disabled.

“Disability comes with a negative connotation, but a handful of people, many of whom are here today, were active witnesses in my life.… Their speaking up, their amplifying of my voice, was everything to me.”

Walker-Young urged the Class of 2022 to form a “network of allies, accomplices and activists” who can support one another in speaking up and helping to better society.

Brock’s Fall Convocation saw more than 1,000 graduates receive their degrees. Earlier in the week, the University also welcomed back more than 1,600 alumni from the Classes of 2020 and 2021 for two days of legacy Convocation celebrations.

In addition to the gallery below, more photos from Fall Convocation on Friday, Oct. 14 can be found on Brock University’s Facebook page.