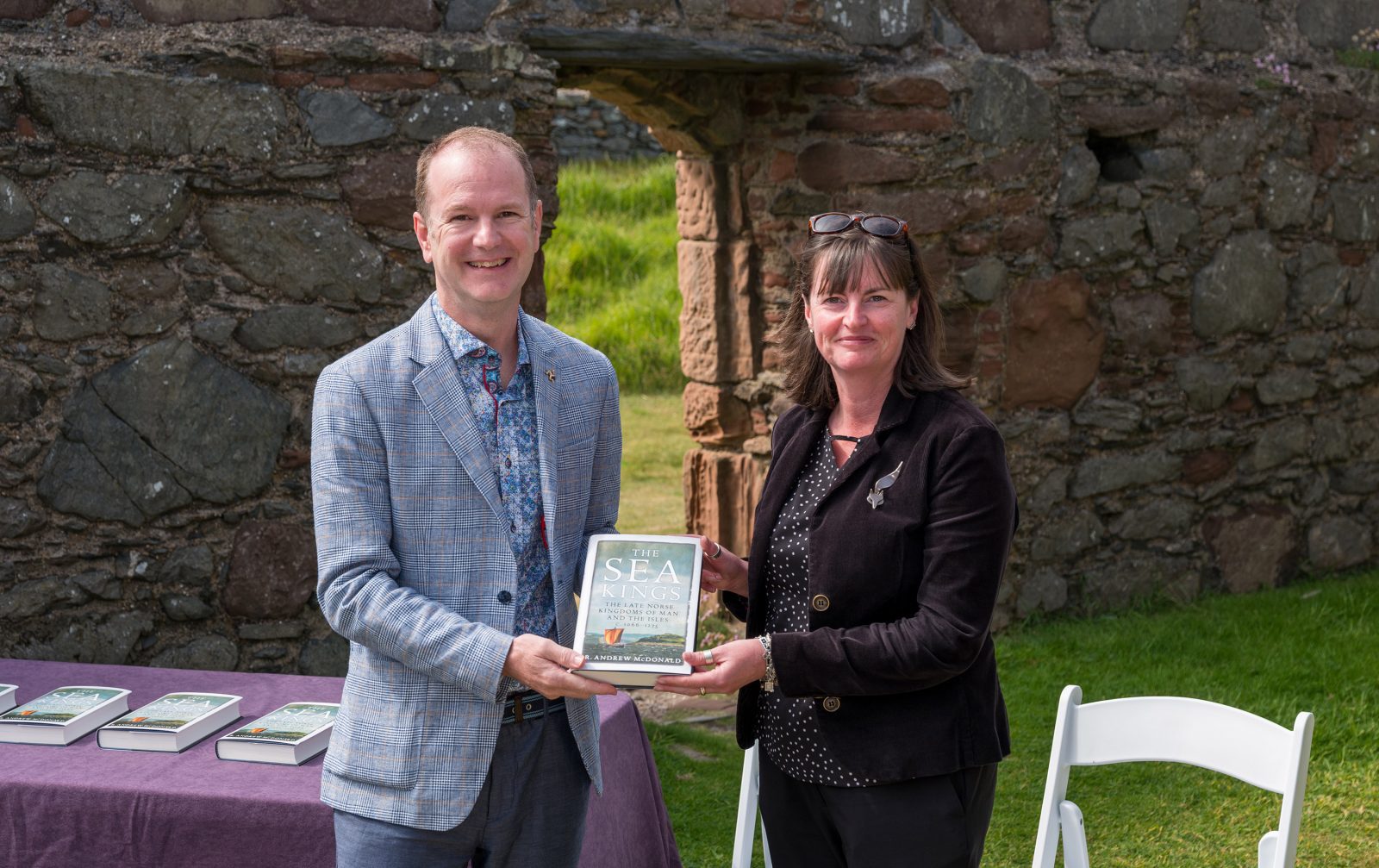 Professor Andrew McDonald will be giving the first Brock Talks of the 2022-23 year on his research into the kingdoms of Man and the Isles. He is pictured at the launch of his book The Sea Kings: The Late Norse Kingdoms of Man and the Isles c. 1066-1275 with Allison Fox, Curator, Archaeology, of Manx National Heritage in 2019. (Photo courtesy of Manx National Heritage)

Brock Talks will sail into its new season with a public lecture on the medieval sea kingdoms of Man and the Isles.

Andrew McDonald, Professor with the University’s Department of History and the Centre for Medieval and Renaissance Studies, will be speaking on “In Search of the Sea Kings: Recovering the History of the Lost Medieval Kingdoms of Man and the Isles” in the Mills Room at the St. Catharines Public Library, Central branch, Monday, Oct. 3 at 6:30 p.m.

For two centuries beginning in the late 1070s, the rulers of Man and the Isles were formidable forces in the isles, seaways and lochs of Great Britain. However, their story has almost vanished from modern memory.

McDonald’s talk will introduce the history of the kingdoms, their importance and some of the challenges in recovering their history.

McDonald was the 2022 recipient of the Faculty of Humanities Award for Excellence in Research and Creative Activity. His book The Sea Kings: The Late Norse Kingdoms of Man and the Isles was nominated for Scotland’s prestigious Saltire award in 2019. More recently, he has worked with TED Lessons to produce a video about the Vikings.

This in-person event is free, but preregistration is encouraged.