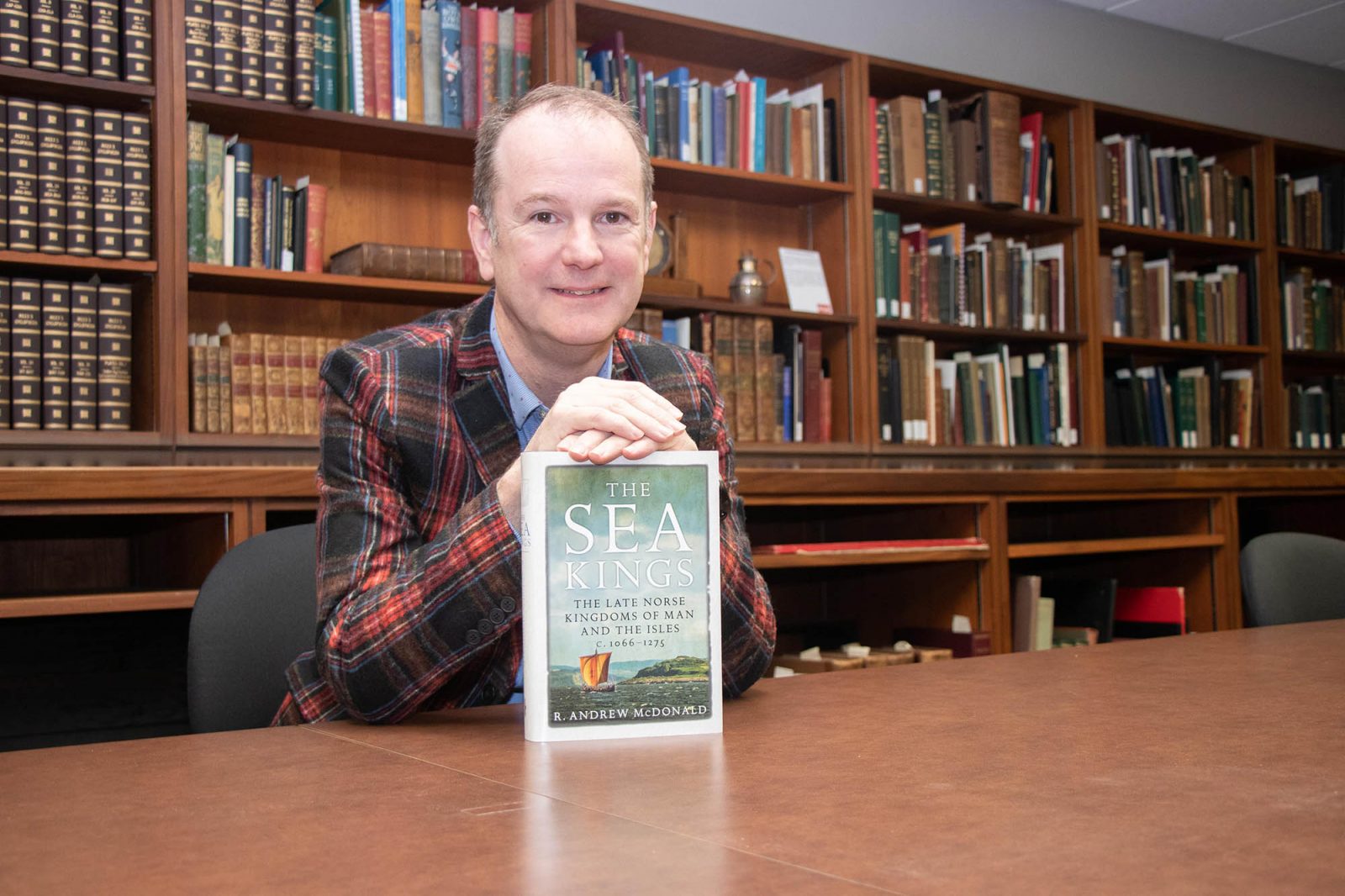 Professor Andrew McDonald’s new book, The Sea Kings: The Late Norse Kingdoms of Man and the Isles, c. 1066-1275, has been shortlisted for the prestigious Saltire Society’s Scottish History Book of the Year.

Professor of History Andrew McDonald’s new book, The Sea Kings: The Late Norse Kingdoms of Man and the Isles, c. 1066-1275 (John Donald/Birlinn Limited, 2019), is one of six books shortlisted for the Saltire History Book of the Year 2019.

The book examines a somewhat neglected period of Norse history, as the period of 1066-1266 is usually considered to fall after the Viking age proper, says McDonald. There was, however, still considerable Scandinavian influence in the Scottish islands and the Isle of Man during this period.

McDonald’s book is the first to provide an overview of these Hebridean dynasties. His research goes beyond politics and warfare to examine the maritime context of the kingdoms to explore the economy, society, religion and architecture of the time.

McDonald officially launched his book this past July at Peel Castle on the Isle of Man, the home base of sea kings in the Late Norse period, with the support of the Manx National Heritage.

“I think as a small island national tucked away literally in the middle of the U.K., the people in the Isle of Man appreciate that someone from outside shares their interest and enthusiasm for their heritage,” says McDonald.

The Saltire Society Scotland/Comann Crann Na H-Alba was founded in 1936 to promote Scottish creativity in art, architecture, civil engineer, literature, history, music and science. The annual Saltire Society Literary Awards recognize books that are either by Scottish authors and those of Scottish descent, or deal with the work, life or history of Scottish people.

Widely recognized as Scotland’s national book awards, the award recognizes work across six literary categories and two publishing categories. The winner of each award receives a cash prize of £2,000 ( approximately $3,400 Canadian) and is considered for the Book of the Year award, which comes with an additional prize of £5,000 (approximately $8,500 Canadian).

“It is a massive honour to have had my work shortlisted for the History Book of the Year, particularly as a scholar working on this side of the Atlantic,” says McDonald. “I am especially delighted to be able to attend the award ceremony, but regardless of the outcome it will certainly be one of the highlights of my academic career.”

The award ceremony will be held in Edinburgh Saturday, Nov. 30 — St. Andrew’s Day — which is a national holiday in Scotland.

The award is supported by Creative Scotland, the Scottish Poetry Library, the Scottish Historical Review Trust and the National Library of Scotland.