Brock prof returns to land of Vikings for book launch 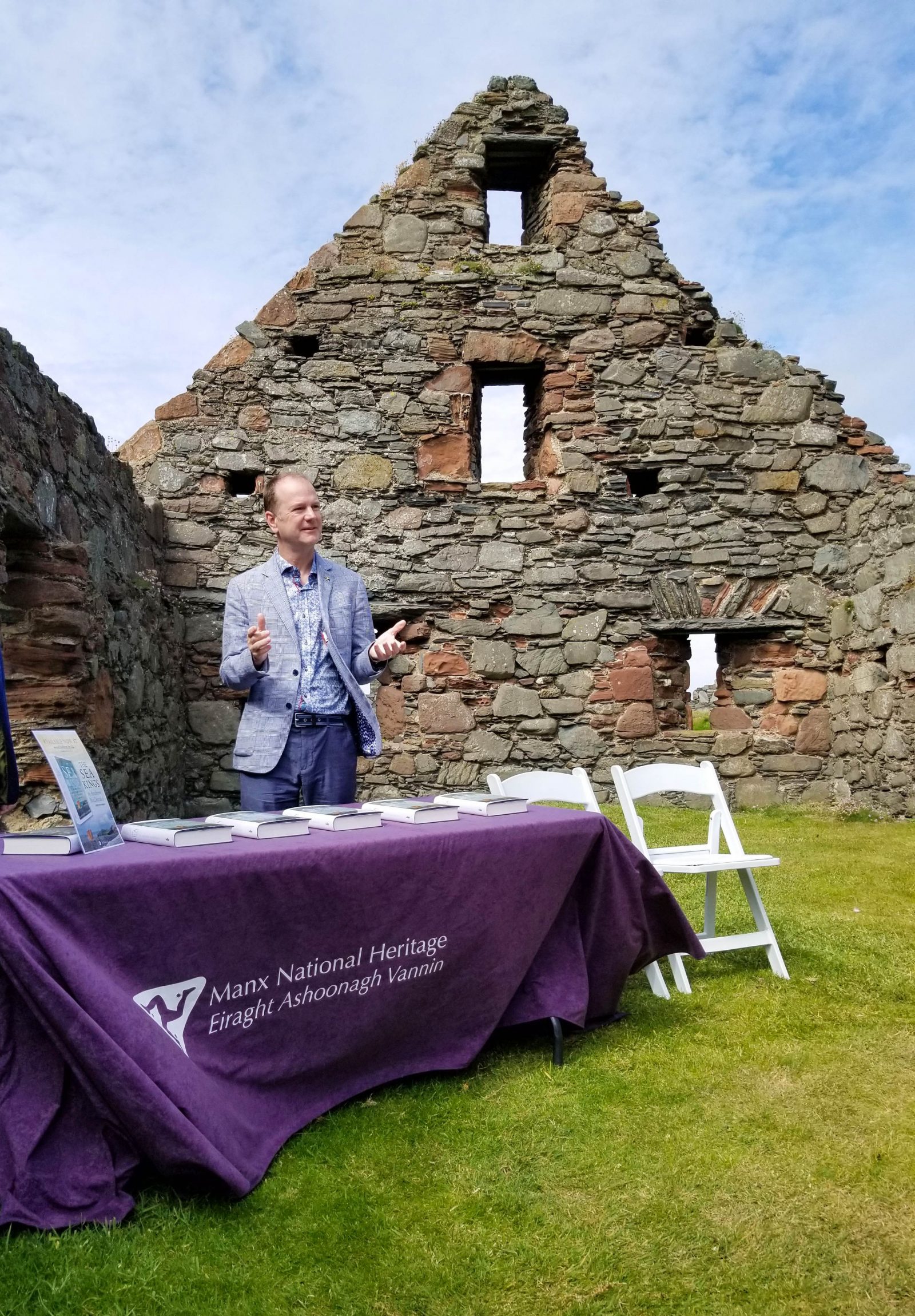 Brock History Professor Andrew McDonald launched his new book on Viking history at Peel Castle on the Isle of Man. The castle, with its protective harbour and picturesque location, was the base of operations for the sea kings of the Late Norse period.

A tiny island nation tucked away in the middle of the United Kingdom has a special place in Viking history, and History Professor Andrew McDonald hopes to share that story with a wider audience.

McDonald, whose research focuses on the Viking kingdoms of the Late Norse period, has been visiting the Isle of Man regularly for research and lectures since 2005. He has worked closely with Manx National Heritage — the island’s heritage organization — and consulted on a number of their initiatives, including museum exhibits.

McDonald returned to the heart of Viking culture to launch his new book The Sea Kings: The Late Norse Kingdoms of Man and the Isles c. 1066-1275. 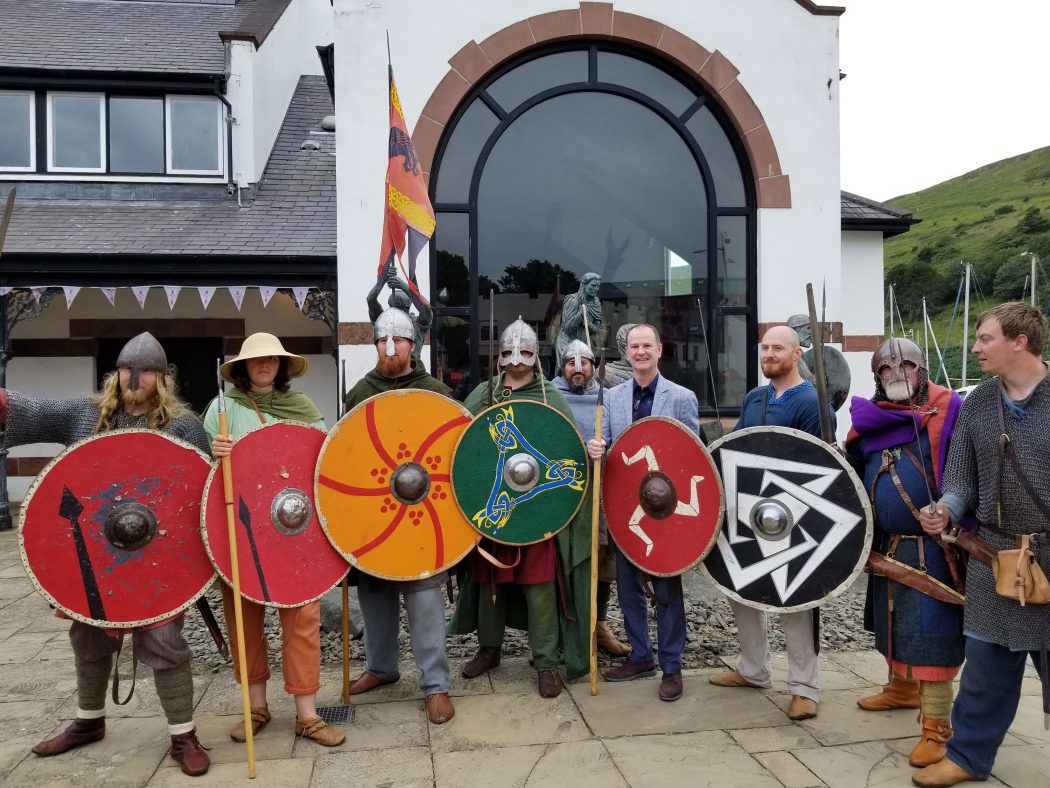 Brock History Professor Andrew McDonald, fourth from right, joined a group of Vikings of Man re-enactors for Tynwald Day celebrations during his time on the Isle of Man to launch his new book.

“It’s a somewhat neglected period because it’s usually considered to fall after the Viking age proper, but there is still considerable Scandinavian influence in the Isle of Man and the Scottish islands in this period,” he says.

The book represents the first-ever overview of the two dynasties of sea kings that dominated the island kingdoms on the Atlantic margins of Britain between the 11th and 13th centuries.

In the late 11th century, a warlord named Godred Crovan united the Isle of Man and the Scottish islands into a “sea-girt kingdom” ruled by his descendants for the next 200 years, until 1260, says McDonald.

With the Isle of Man being the focal point of this kingdom, it was an appropriate place for McDonald to launch his new book. The professor gave a public lecture on July 4, following by the book launch on July 6 at Peel Castle, the base of operations for the sea kings of the Late Norse period.

McDonald’s events coincided with Tynwald Day, a national Manx holiday. Tynwald is the site of a four-tiered artificial hill used for the open-air assemblies, which were important institutions in the Viking world.

“Every July 5, the Manx parliament or Tynwald still holds an open-air assembly at the site that mirrors in many ways the medieval protocols,” says McDonald.

His work on the island’s history has always been welcomed enthusiastically by the Manx people, he says. His lectures have always been well-attended, and he has been interviewed about his work on Manx radio.

“The Manx nation is, rightly, very proud of its Viking heritage and the continuities that exist with the Viking and Late Norse periods,” says McDonald.