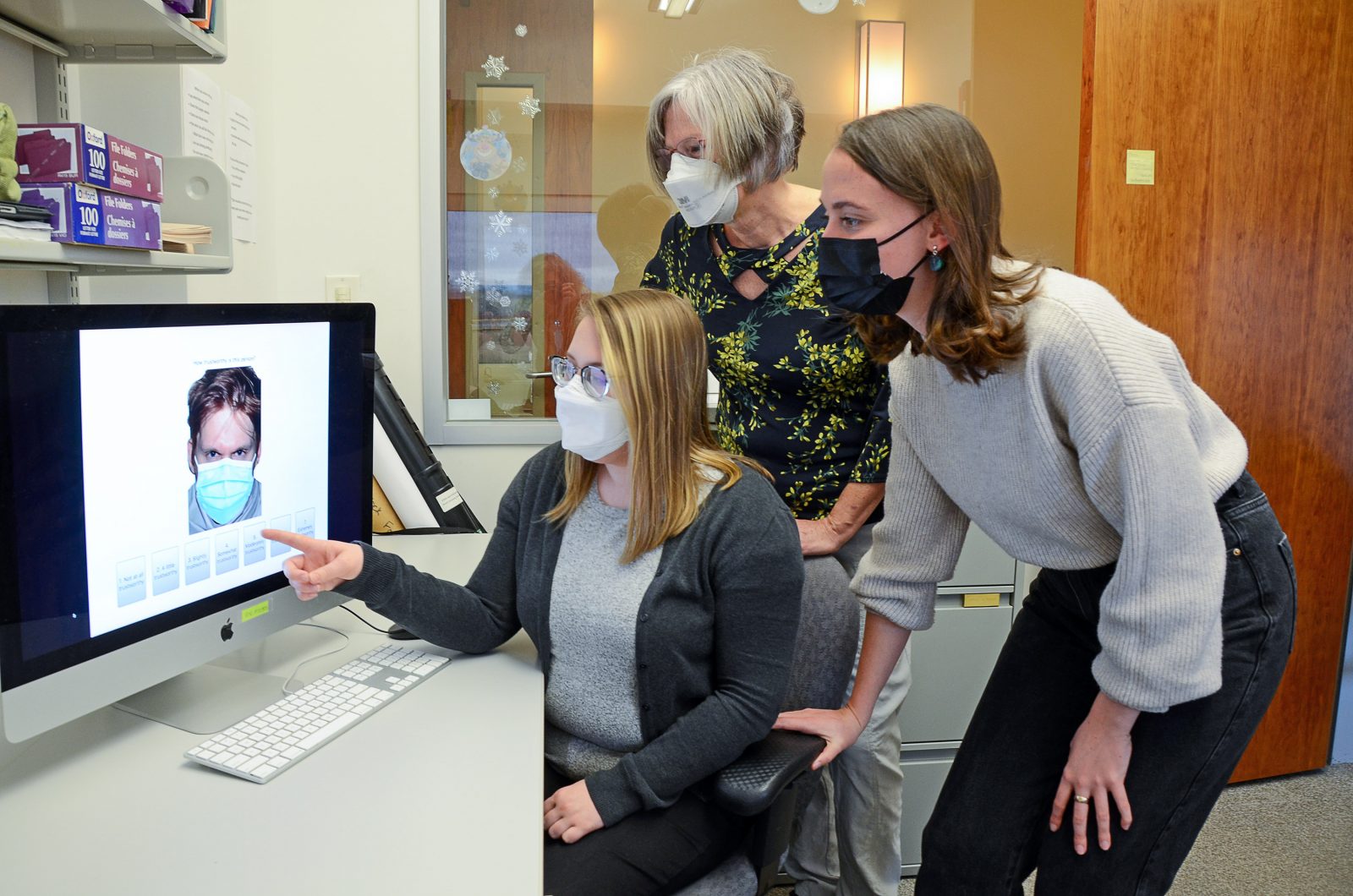 It’s logical to assume that forming a first impression of a stranger might be difficult if they’re wearing a medical mask, since much of their face is hidden.

But new research by a Brock University team has found that masks do not have a significant impact on initial impressions.

“It’s really interesting, because more than half of your face is covered with a mask, but still you’re getting all of this information about personality that’s being conveyed through the eyes,” says Psychology PhD student Sophia Thierry.

Published Wednesday, April 27 in the journal Perception, “Face Masks Have a Limited Influence on First Impressions: Evidence from Three Experiments” is the fourth study conducted by the team consisting of Mondloch, Thierry and Psychology PhD student Anita Twele.

Their latest work saw participants divided into two groups: one viewing masked faces, and the other the same faces without a mask.

As part of this project, Mondloch, Thierry and Twele revisited three studies they had previously published, each showing that people make judgments on personality based on facial features and expressions. Each study investigated first impressions of a different age group.

The team wanted to know if and how facial masks would affect the results of their past work.

In the team’s first study, participants viewed happy and angry young adult faces before viewing a second round of faces, including some previously seen, with neutral expressions. Participants were asked to rate how trustworthy each face appeared.

Participants rated faces that were first shown with a happy expression as more trustworthy than the new faces, despite all faces showing a neutral expression, suggesting long-lasting effects of first impressions.

In the current research paper, when participants first saw a happy face with a mask, they still rated the face as being more trustworthy than the angry faces. But when participants then viewed faces with neutral expressions, with some of the faces being the same as those displayed in the first round, they did not rate faces that were first shown with a happy expression as more trustworthy like in the original study.

In the current research paper, when children were wearing a mask, participants were more likely to interpret their intentions, but not behaviour, more positively when the child had a face that was previously rated high in niceness.

“For the most part, even when wearing a mask, children with a face that appeared high in niceness were more likely to receive the benefit of the doubt,” says Thierry.

The third original study, which is in the process of being published, examined what types of first impressions people form of older adult faces. The researchers found that trustworthiness, approachability and competence were the main traits that participants formed first impressions of when viewing older faces.

In the current research paper, masks made no difference in participants’ ratings of older faces as most versus least trustworthy or competent, suggesting that any influence of first impressions of older adults’ behaviour is unlikely to be changed by masks.

However, participants rated the entire set of older faces as being less competent when faces were shown with a mask compared to without a mask.

“We hypothesize that masks exaggerate stereotypes about older adults, who generally tend to be rated as less competent than young adults,” says Twele.

The team’s research paper concludes that, across the three studies, “we found minimal evidence that masks influence explicit trait judgments.”

“One might have thought that masks should level the playing field and make things fairer, but they don’t,” says Mondloch. “The same people are going to be disadvantaged, such as the child who does something by accident but is blamed because they’re perceived to have a not-nice or mean face. Those children are not saved by a mask.”

Likewise, older adults as a group might be subject to more patronizing behaviour when masked because they are judged less competent, says Twele. But older adults who benefit from a trustworthy or competent-looking face will continue to reap benefits.