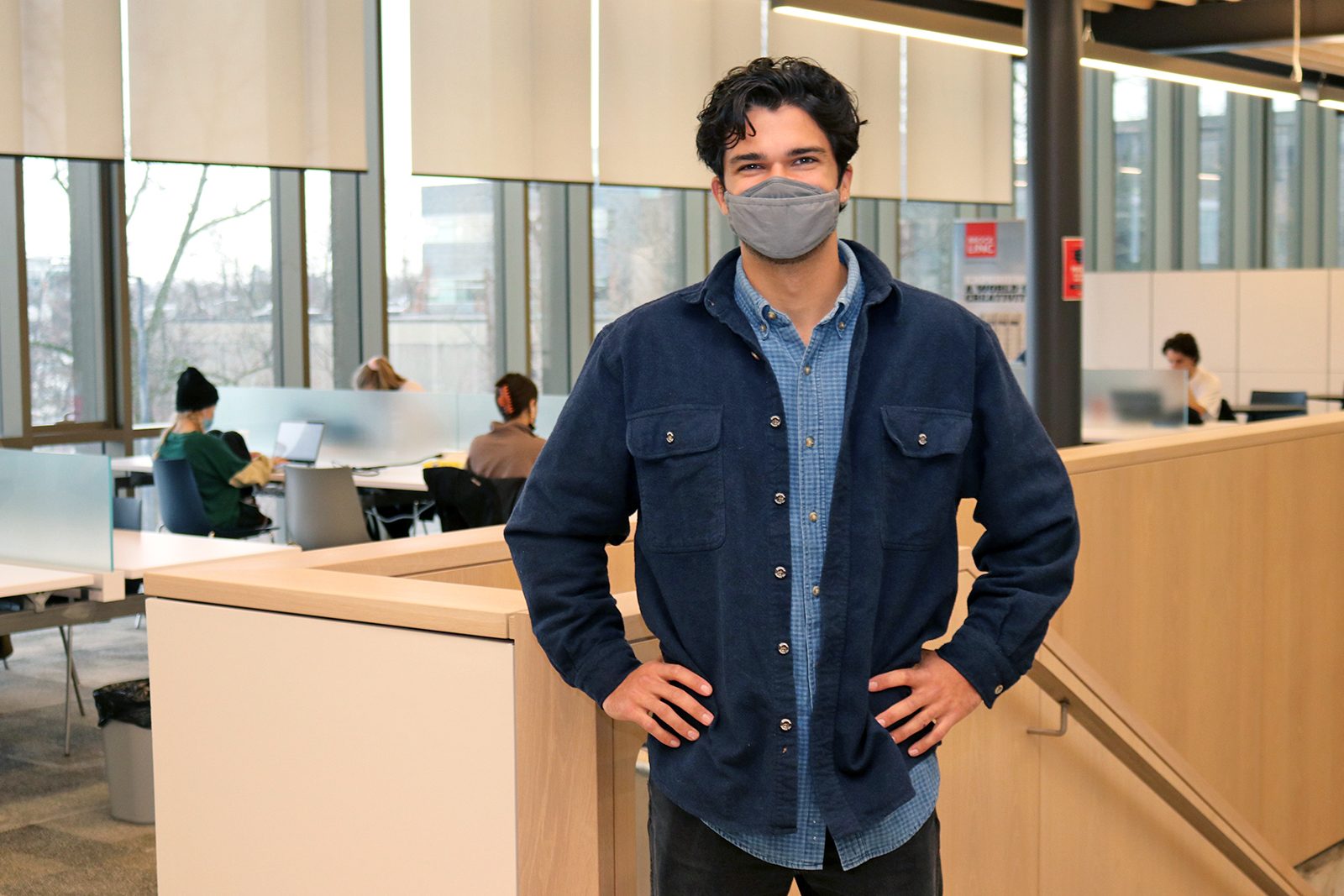 Sean McCann, LINCubator resident and inventor of SereniVent, is changing the market for soundproofing products.

This is one in a series of stories featuring businesses in the Brock LINC’s incubation program, the LINCubator. The LINCubator supports a small cohort of early-stage businesses and helps them reach their next stage of business development. The eight-month program combines workshops, mentorship, networking, business coaching and partnerships with local investor groups. For more information on the LINCubator, visit brocku.ca/linc/lincubator

Just a few years ago, Sean McCann was travelling the world, visiting more than 50 countries as a superyacht engineer.

But when the COVID-19 pandemic hit, he returned to Canada and began exploring other career ventures in his hometown of Niagara-on-the-Lake.

With travel restrictions in place and people spending more time at home, home renovations were becoming increasingly popular, providing McCann an opportunity to put his previous construction education to work.

It was while completing a renovation job that McCann, now a resident in Brock LINC’s LINCubator business incubation program, was struck with a business idea.

“I was soundproofing a separate dwelling in a home and had a need for a product that could help reduce sound travel through ducting,” he says. “I learned that there was no product on the market that didn’t require major alterations to existing HVAC systems.”

Sound can travel easily through vents in houses with central air systems. Renovations to reduce that sound travel often include constructing sound mazes or using separate HVAC systems, which can be expensive for homeowners.

SereniVent is a simple device that can be inserted into ducting behind the register, offering up to 85 per cent reduction in travel of sound with minimal restriction of air flow.

McCann’s prototype is in its last stage of development and will be ready for launch in the coming months. Although SereniVent is still in its early stages, McCann is motivated to keep creating.

“The thing that really keeps pushing me forward is innovation,” he says. “Coming up with new, creative and simple solutions to common problems will always be something the world needs, and providing that at an affordable price to make it accessible to as many people as possible is very important to me.”

McCann first learned about the Brock LINC LINCubator program on Instagram and was intrigued by its potential to help him further develop SereniVent. After beginning accepted as a LINCubator resident, he says it quickly became clear the program would provide the guidance he needed to bring SereniVent to the next level.

McCann says his access to Brock LINC staff and mentors, combined with the support of his fellow residents, have all contributed to his growth. He is impressed with the amount of accessibility the program offers for new entrepreneurs.

“Starting a business can be a very lonely process and it makes a massive difference having others around who are going through similar things or who have gone through them in the past,” McCann says.

The LINCubator program is accepting applications until Sunday, March 13 for the next cohort of residents who will participate from May to December.